Joel Manby, CEO of SeaWorld held a first of it’s kind webcast for fans. The webcast was meant to address the questions that many of the fans had since the announcement of the changes. The CEO did the broadcast to be more transparent, and actually face the questions that many fans and guests had. The broadcast came at an important time, and answered many important questions by the park, including what the park had planned for the future, and why it would make the partnership decisions it did. 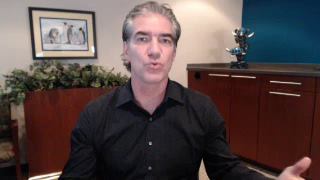 Below are excerpts from the forum, and some of the main talking points.

Video-Check out a replay of the forum, and hear the answers to fans

The first thing fromJoel Manby is a statement about the decisions and the direction of the company. He says that SeaWorlds changes represents a business shift, but not the company’s purpose. Calls the end of killer whale breeding a difficult decision, and one that took a lot of time to come to. SeaWorld was ultimately caught in a paradox-People come because they love the whales, but the rest of society doesn’t come to the parks because of the whales. They hate the animals being in captivity.  The straw that broke that camels back was legislative efforts, probably referring to the renewed efforts by State Assemblyman Bloom (though not confirmed).  The California Coastal Commission ruling was the first sign of that, and the company needed to get ahead of it and move to a positive narrative, instead of letting the movement go east, like so many of the other animal rights movements have done. The orca issue was a barrier between the SeaWorld story and growing an audience.

The all new orca encounter will have more natural environments and more natural behaviors. This doesn’t mean it will be a show, but will instead highlight the care of the animals, the different species in the wild, and most of all what you can do to help.

HSUS and SeaWorld were adversaries for many years. John Campbell got SeaWorld and HSUS to meet. Acknowledges that they will never agree on everything, but agreed to meet the common areas and focus on good things such as commercial whaling and seal hunts, as well as shark finning. They want to make the park more substainable with food in the parks. The company will also build global rescue centers. They are talking things out with HSUS instead of just fighting against them. Manby compares it to Gorbachev and Regan in talks back in the 80’s.
Thanks fans for the support, gives love and apologizes for the changes.

The park will not do anything that harms the animals when it comes to breeding. They will use contraception, like all zoos do, but will do it under the guidance of other zoos and professionals in order to control natural breeding.

Manby has said that SeaWorld is not supporting everything that HSUS says or does, and does not support them financially. Manby does not think that PETA and HSUS are the same and that they do not represent the same thing.

Other species will continue breeding as necessary, which includes dolphins and seals. The HSUS wants them to stop breeding altogether, but the company does not agree with that, and will breed those animals to help keep the diversity. This means that the other animals will remain a part of SeaWorld.

Tilikum will not be moved to a sanctuary. He has social stimulation, and would be alone. The other whales are almost all born at SeaWorld. Putting them in sea pens would pretty much put them at risk of dying. Taking them from their homes, and putting them in the ocean would expose them to a variety of risks that they are not used to. Plus, it’s a huge risk for not only the animals and SeaWorld. If things go right, it’s all because of the activists, but if things go wrong…it’s all SeaWorld’s fault, and SeaWorld paying for it. It’s not worth the risk, mostly because of the animals safety.

After shamu, the main attraction will be all the other animals, shows and attractions including tons of new attractions. One thing that the parks will do is to open more of the backstage facilities, much like the new Manatee Rehab Center. They are also looking at doing more with showing guests the behind the scenes of rescues, and the Killer Whales. There is even a possibility that SeaWorld San Antonio will still get an underwater viewing area, something that was initially part of the Blue World Project.

The company wants to be transparent and wants the fans to know that they need the support still, and will answer whatever they have to say. The company is also helping other zoos to solve animal issues in the wild, and to remain vocal on how zoos and SeaWorld are needed to help bring awareness and help the animals even more.