Sometimes details are hard to wrestle out of Universal Orlando. Then they come along and put a smackdown on all the raw rumors floating around. Today, Universal Orlando has announced that the former NBA City Restaurant will become an all new concept, that features amazing chocolate, delectable desserts and a great new menu. Can you smell what Universal is cooking? 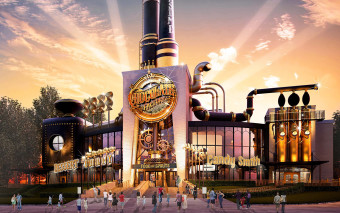 Last week, wrestling fans were adamant that the long rumored WWE Wrestling Museum was coming to the former NBA City location. Today, Universal announced that, no the all new restaurant will instead be a delicious new chocolate factory. 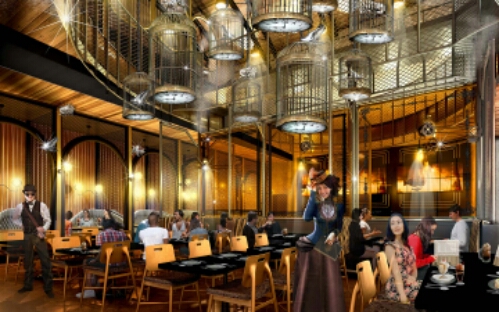 Toothsome Chocolate Factory & Savory Feast Emporium will open later this year with a huge new menu, and Steampunk inspired decor. The new eatery will be a Universal Orlando original, and will being guests new savory menu that will include classic steak, seafood and pasta entrees, gourmet burgers, sandwiches, incredible salads, all-day brunch and of course desserts like you’ve never seen.

The cornerstone will be the awesome shakes, which will include:

There will also be amazing takes on sundaes including Salted Caramel Flan, Chocolate Brownie Bark and S’more. You can even watch chocolate being made, and purchase your own chocolate to take home.

The new restaurant will open later this year, and will be the latest restaurant in the CityWalk line up that has been changing over the past two years.