On August 18, 2015 at the ANA Intercontinental Hotel in Tokyo, Japan, All Nippon Airways introduced Star Wars themed jets and initial routes. Today, the BB-8 ANA Jet which is a Boeing 777-381 made it’s first appearance at Chicago’s  O’Hare International Airport. It wasn’t an X-Wing, but BB-8 definitely took a flight! 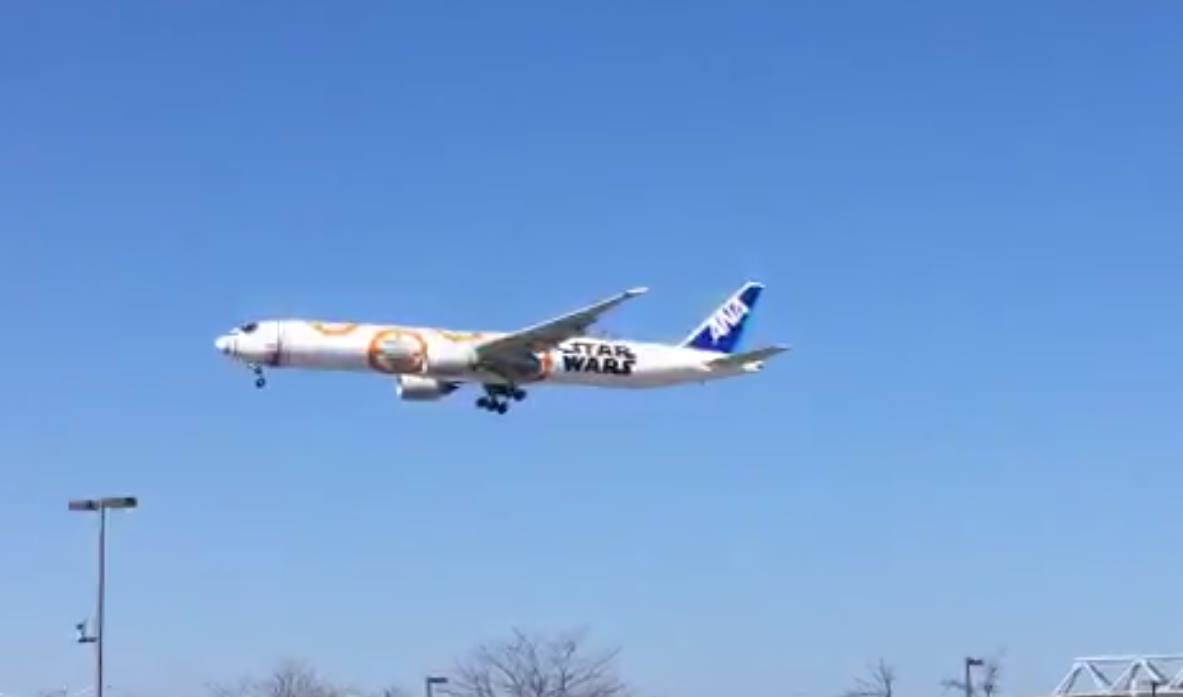 The flight arrived from Japan at around 3:30p.m. EST on Tuesday, making it’s debut in the United States. The new airplane is just one of three that will use the Star Wars theme. The Star Wars theme isn’t only on the outside. Passengers on this Japanese airline will gain exclusive access to the previous six Star Wars films. Besides exclusive entertainment options, passengers on board this flight will have access to movie-inspired headrest covers, paper napkins, cups and toys. 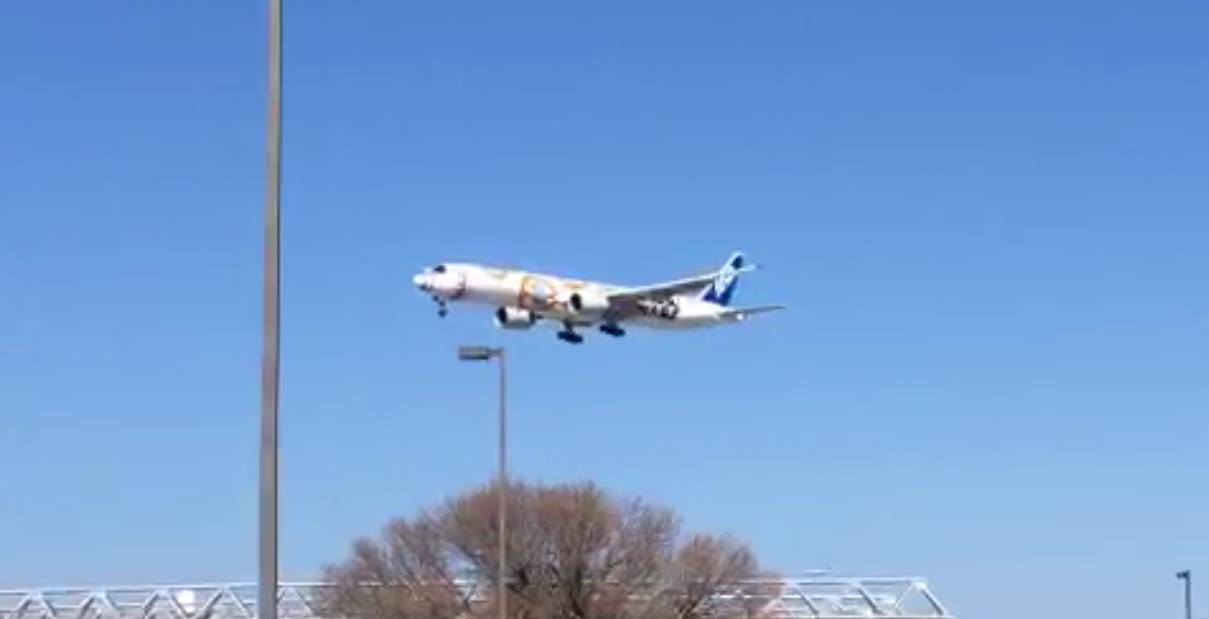 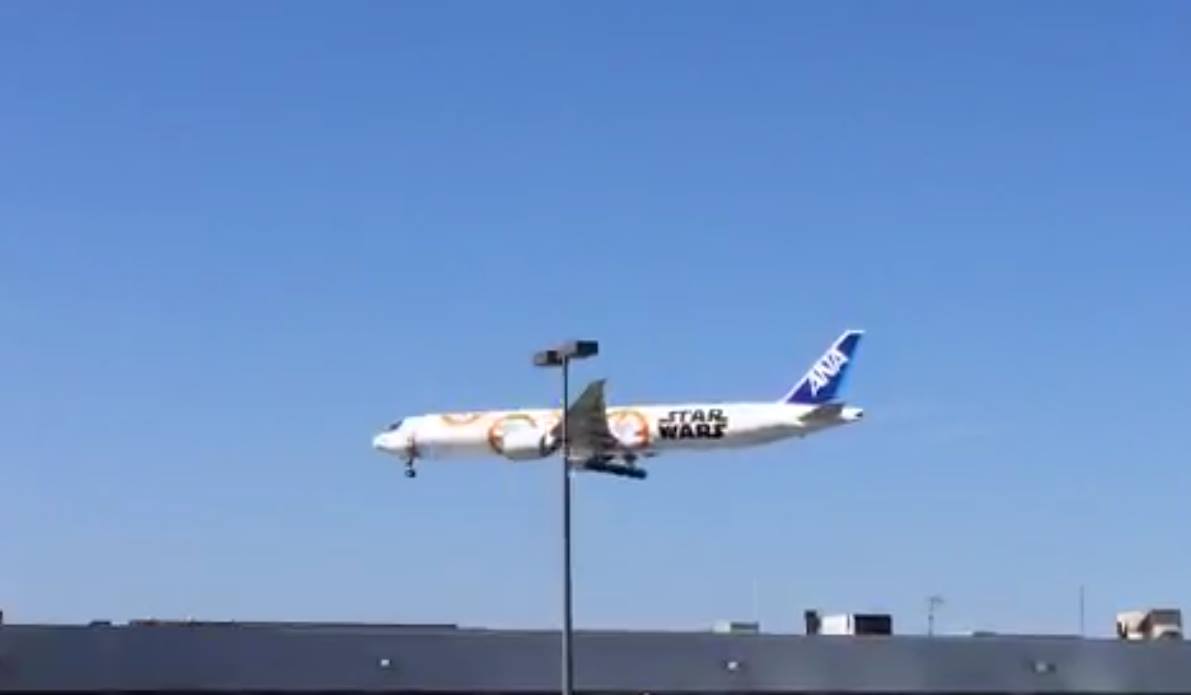 All Nippon Airways also has 2 other special Star Wars themed liveries in their fleet. While the BB-8 ANA Jet will be on All Nippon Airway’s North American routes, they have for their European routes an R2-D2 ANA Jet. For their domestic Japanese routes they have Star Wars ANA Jet which the left side of the Boeing 767-300 BB-8 and on the right side R2-D2. 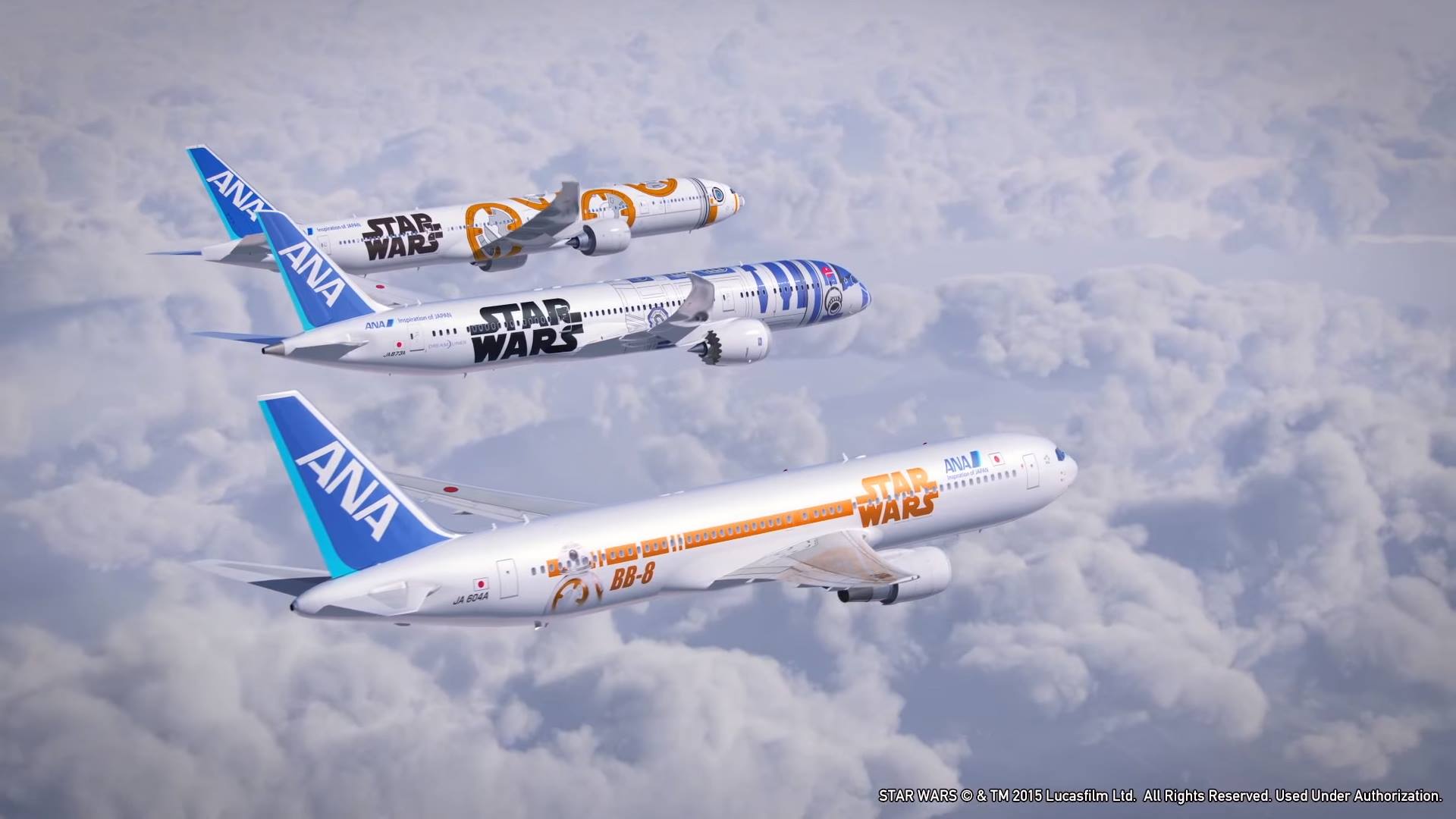 If you want to go on one of these Star Wars themed jets and are looking for a reason to head to Japan, now is your time! Below we have included courtesy of All Nippon Airways these aircraft flight origins and their flight numbers.

For more information about the All Nippon Airways Star Wars flights, including tickets, visit the official website by clicking here!

To learn more about the All Nippon Airways Star Wars Jet you can visit their official site at .