Rivers of Light is destined to be a favorite show when it opens at Disney’s Animal Kingdom. Likewise, the Tree of Life will be a stopping point for many people who are on pure awe. Howevwr, these things take time. Disney has delayed the April 22nd opening of both new nighttime features. 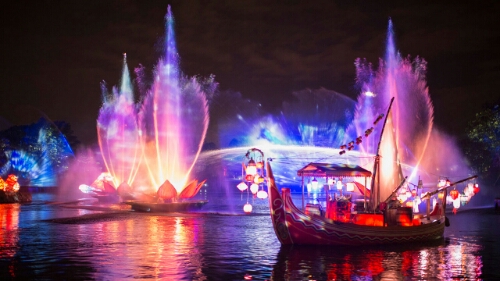 The Disney Parks Blog has announced that, despite hoping it would be open at the end of this month,  Rivers of Light and the Tree of Life are just not going to be ready for audiences.

There’s no time frame of when the new experiences will be ready, but the Parks Blog is looking at another update in mid-May. That could mean that the new show could be waiting until June.

In the mean time, the park has uploaded a stunning video of the new Tree of Life at night.

Why the delay? While the new show is definitely one of the most involved shows the resort has ever done, it could be all about timing.

Just yesterday, Universal Orlando announced they would be having a media preview of their new Kong attraction, new hotel and more in late June. SeaWorld Orlando announced that they would be launching Makoto on June 10th. We wouldn’t be surprised if Disney wanted to wait until either right before, or right after those attractions to take the focus off the competitors.

Either way, we can’t wait to see this new show in action, as it looks simply stunning.