There has been a groundbreaking in the Force, have you felt it? The Disney Parks Blog has officially announced that Star Wars Land has broken ground at both Disneyland and Disney’s Hollywood Studios. They’ve released a real cool look at the construction site. 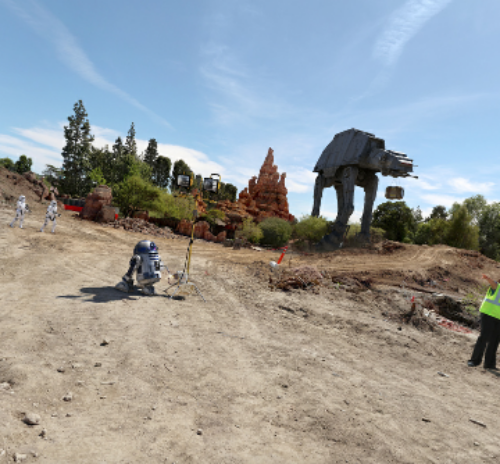 The new area will feature two new rides, and tons of new characters, shopping, and dining, all themed to the Universe of Star Wars.

There is no exact opening date, but the two lands are rumored to be open in late 2018, just in time for the hype to build around Episode 9.

Want to get a better look? Download the Littlstar App and get a 360 degree loon around the new land, and more importantly,  get a look at the work force that Disney has employed to create the new area.