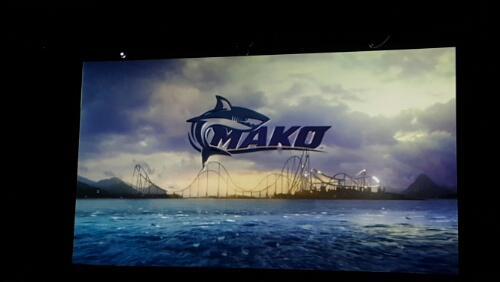 The coaster will debut with not only a massive new ride, but also a huge conservation message about sharks.

The queue will feature a message from Marine Artist Guy Harvey about the plight of sharks, and how shark finning is pushing these animals into extinction. 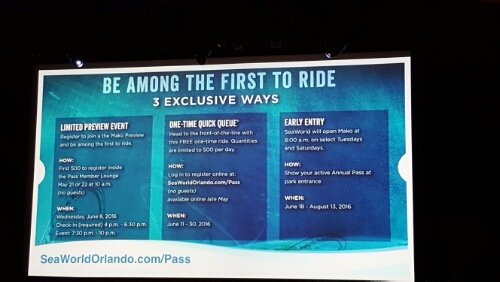 The park also announced that their passholders will be the first to ride Mako, being able to take part in special events throughout the opening.

The first will be a special event that puts you at the media grand opening. Sign up will be in the passholder lounge on May 21st and 22nd at 10 a.m. The event is limited to 500 per day, so 1,000 total.

The next will be a chance for passholders to get a quick queue for free, just for Mako. That will also be limited to 500 a day. The final is early entry on Tuesdays and Saturdays at 8 a.m. until August.

Update
SeaWorld also unveiled the first bit of Mako Merchandise, which includes a look at Guy Harvey’s exclusive line for the park. 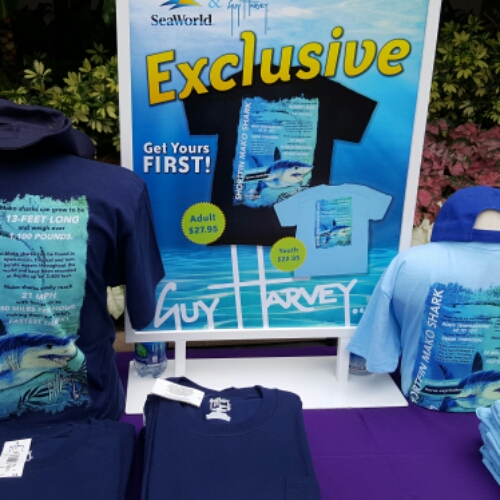 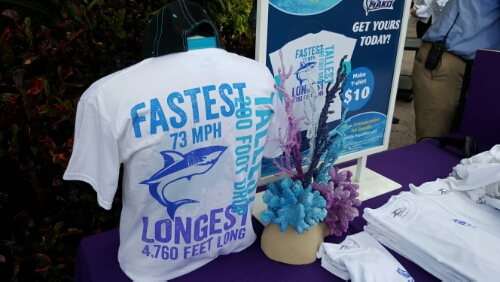 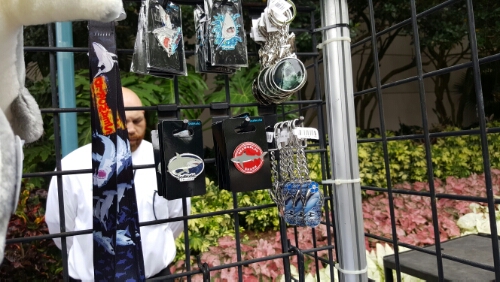 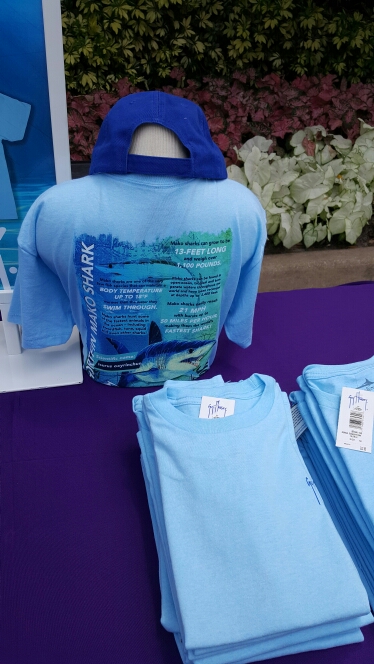 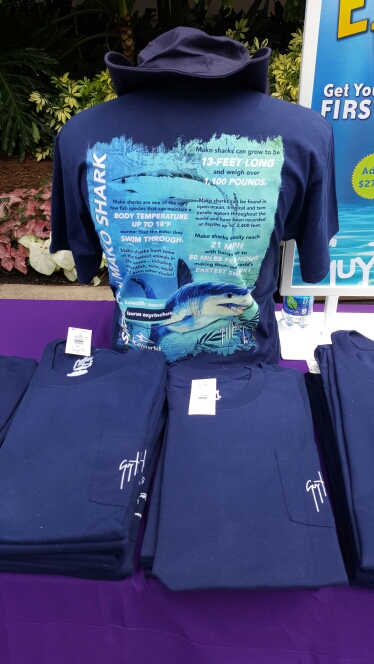