April is here, and that makes it about halfway to Halloween…give or take. Universal Orlando has dropped the name for the very first house at this year’s Halloween Horror Nights, and it’s a cut above the rest! 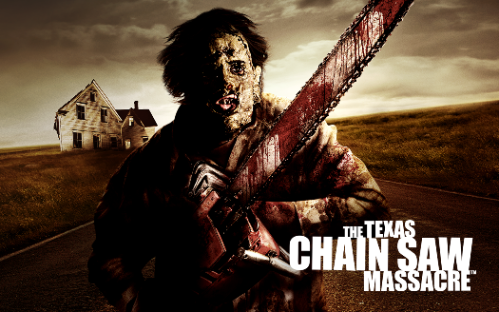 The 1974 classic film, Texas Chainsaw Massacre redefined the horror genre. It was brutal, and gritty, and surprisingly featured very little blood. It’s a favorite of many horror fans, which is why it comes as little surprise that Universal Orlando is bringing the house to life than Halloween Horror Nights this September!

The Orlando team has a great record of taking classic films and putting you right in the middle of it all, in almost a scene for scene remake of the films. They’ve done it with an American Werewolf in London, Freddy vs. Jason, and probably best of all, the original 1978 John Carpenter classic, Halloween.

This new maze will be a direct translation of the 1974 film, and will feature Leatherface and his family. It will also be in a tent, according to the official HHN Orlando Twitter.

This isn’t the first time that HHN has tried to tame Leatherface. In 2007, the property was used for Jack’s Carnival of carnage. The house, Flesh Wounds, was based on the prequel films.

At Universal Studios Hollywood, the saw was law in an all new take on the franchise.

Leatherface is often quoted by many horror fans as one of the scariest names in horror.

This is just one of many big announcements coming from Halloween Horror Nights, so stay tuned!