Lionsgate has teamed up with the auction house Profiles in History to offer an unprecedented 452 item auction exclusively from The Hunger Games franchise.   The lot ranges from outfits the characters wore to full tables! It’s never expected to see a dedicated auction to just on franchise let alone one that is a very recent and relevant franchise. 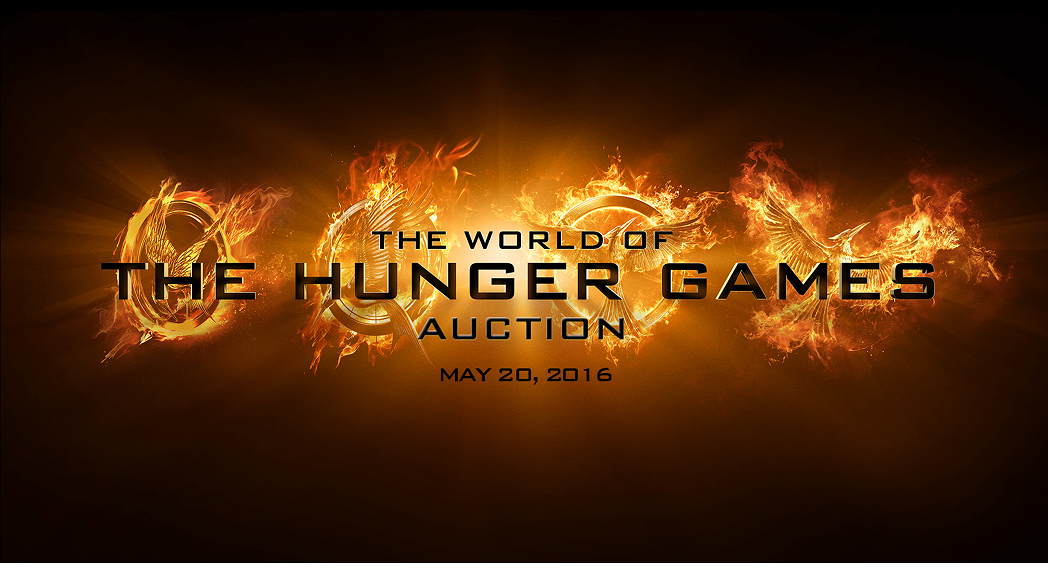 Some of the items for sale include the Mockingjay armor that Katniss wore while making ‘propos’ (propaganda shots) to outfits in various forms of wear while some of their siblings are currently on The Hunger Games Exhibition tour that’s currently in San Francisco, CA.  There are however some duplicate items such as the six peacekeeper uniforms for sale (which 30 were made for the production and 1 is currently on tour.)

Peacekeeper outfit on display at The Hunger Games Exhibition in New York, NY.

General estimated values are typical for an auction. While some production slates values are estimated for a couple hundred dollars, complete outfits such as the six peacekeeper uniforms max value is estimated to be $1,200. The main characters are what you would expect while some iconic outfits such as Katniss’s Mockingjay armor from the Propos are expect to fetch near $15,000.

For those whom can’t make the auction, you will be able to vote over the telephone, via the internet, or by sending in an absentee form of which items you would want and your max bid. The auction will take place on May 20th, and you can learn more and see the auction book by visiting the official site (click here).

Happy Bidding, and may the odds be ever in your favor.

The Hunger Games gets ready to wrap up with the latest trailer, what happens next?

Lionsgate teams up with Dubai Parks and Resorts for a Hunger Games theme park, and Step-Up show