Fantastic Beasts and Where to Find Them is the next stage of films in the expanding Wizarding World. The new films will take place in the Harry Potter Universe, without involving the boy wizard. While the short books are being adapted into screenplays by author J.K. Rowling herself, there will not be new books. However, fans will be able to purchase the screenplay in book form! 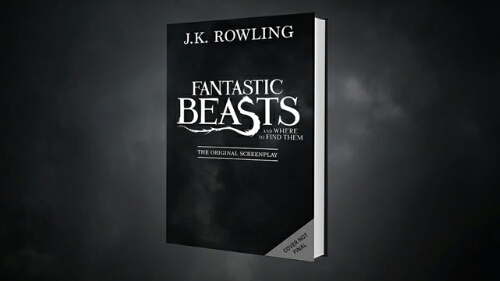 The new screenplay will be sold by Scholastic, and will hit stores November 19th in the United States and Canada. The film itself hits theaters on the 18th.

Later this year, the book version of the Harry Potter play- Harry Potter and the Cursed Child, will also hit stores.

This comes just a few weeks after the grand opening of the Wizarding World of Harry Potter at Universal Studios Hollywood. Harry Potter fever is alive and well, and should make for some amazing new attractions in the future.