SeaWorld just seems like they’re in a no-win situation. They announced last month that they would be ending all breeding of their Killer Whales in the park, because it was what the only way to make sure that the company survived. Protesters were gleeful, fans were vocally upset, and now a new group has spoken out about the decision, and it’s something that wasn’t altogether expected. Scientists say that because of the decision to stop breeding, they will no longer be able to do research on Killer Whales in the wild. 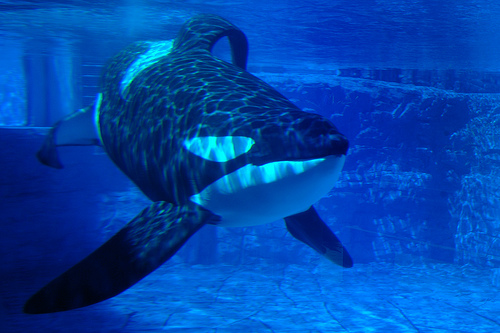 According to several reports, Scientists fear not only the loss of the whales as research subjects, as well as the facilities and care takers to conduct that research, but also the implications that it could have on other species. SeaWorld CEO Joel Manby pointed to a growing trend of legislature and bills coming out of California that could have paved the way for a nationwide ban on breeding and even keeping the animals in captivity.

Grey Stafford, incoming president of the International Marine Animal Trainers’ Association says “Those bills can have unforeseen and unintended consequences if and when the next species has a population crash in the wild. It ties the hands of state agencies and sanctuaries and places like SeaWorld to act.” He goes on to say that similar bans on other species could have had a crippling effect on efforts to revitalize a species, like the California Condor. This of course implies that Orcas in captivity could have been eventually used to repopulate the oceans with wild Killer Whales, something that has not been talked about by SeaWorld publicly (or at all, for all we know) and other zoological organizations.

Scientists admit that there won’t be an immediate effect, as the animals remain in their care for the next few decades. The animals have an average life expectancy of about 50 years, both in the wild and in captivity, though research suggests that both groups have the ability to live much longer, though on average neither has. With one more whale being born at SeaWorld, this leaves researchers with a very narrow age group of animals to study.

Now, keep in mind that these are the same researchers and scientists that activists claimed backed up their cause. So, what did organizations like PETA and other animal activist groups have to say about it? They really had nothing to say about independent research, but would only offer that SeaWorld research has produced no results for Orcas in the wild. Still, we know so much more about Killer Whales now than we did 50, or even 10 years ago.

While theatrical Orca shows will be gone by 2019, we are pretty certain this issue is far from over, and that there will be more to hear from it between now and then.

For more information about SeaWorld San Orlando, including tickets, visit the official website by clicking here!
.