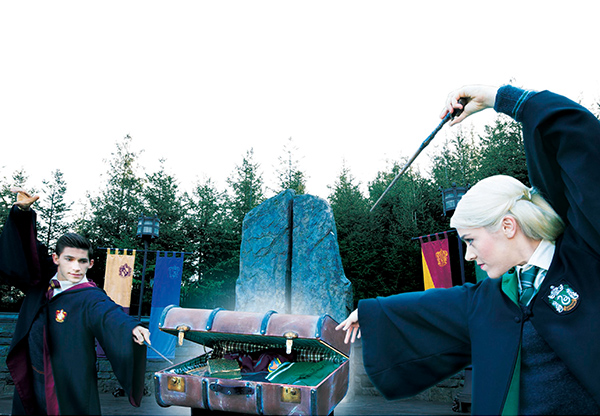 The first of the two new attractions is Wand Studies. The new show takes four students from Hogwarts and has them learn lessons in wand mastery. There’s spells such as levitation, and a few others. The grand opening of the attraction showed off a little bit of the wand class.

The second is something that we’re not stranger to in the states. Wand Magic, or as we like to call it Interactive Wands has made the debut at USJ. While we’re not exactly sure if it’s the same, the official website has things like fire, and fireworks.
Still, it’s the first time that Universal Japan has had the interactive wands, which is a pretty big deal for the park. Universal Studios Hollywood just debuted their interactive wands with the grand opening of the park.

Now, while American parks have interactive wands, we do not have the Wand Class. That could be something that we will see coming to both Universal Studios Hollywood and Islands of Adventure in the very near future.