What exactly is a cupcake ATM? Is it as glorious as it sounds? You go to a bank teller machine, and instead of cash, a delicious cupcake comes out? Sounds like the stuff of crazy dreams, the ones where you end up eating a cupcake from an ATM in the middle of Disney, with no pants. Well, that dream is about to become a reality…except the part with no pants, you still have to wear pants. 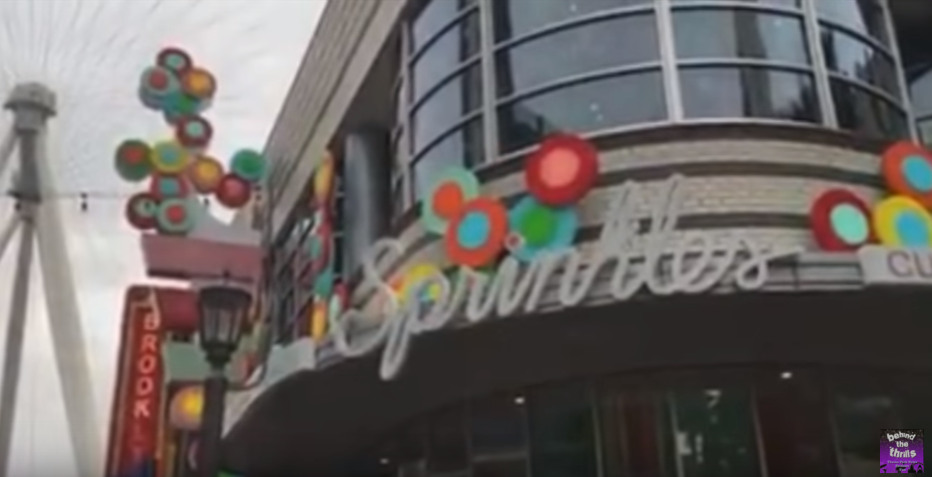 Sprinkles Cupcakes are coming to Disney Springs later this year, and with it will be the hit of the bakery…the Cupcake ATM. The idea is simple, you order your cupcake on a screen outside the shop and instead of waiting in line in the shop, you get it right outside.

While this will be new to Disney Springs, this isn’t the first Sprinkles Cupcake ATM to hit the streets. There’s one in Vegas, and of course being lovers of Cupcakes we sent our intrepid Keeper out to Vegas just for cupcakes.

Watch the cupcake magic below!

The cupcake was pretty fresh, and came in a very smoosh and ruffle proof container. It was absolutely delicious. The new machine will be up and running later this year at Disney Springs, which is part of the MASSIVE overhaul that the Downtown Disney area is getting.
The cupcakes will be stocked several times a day, and will include a variety of flavors.