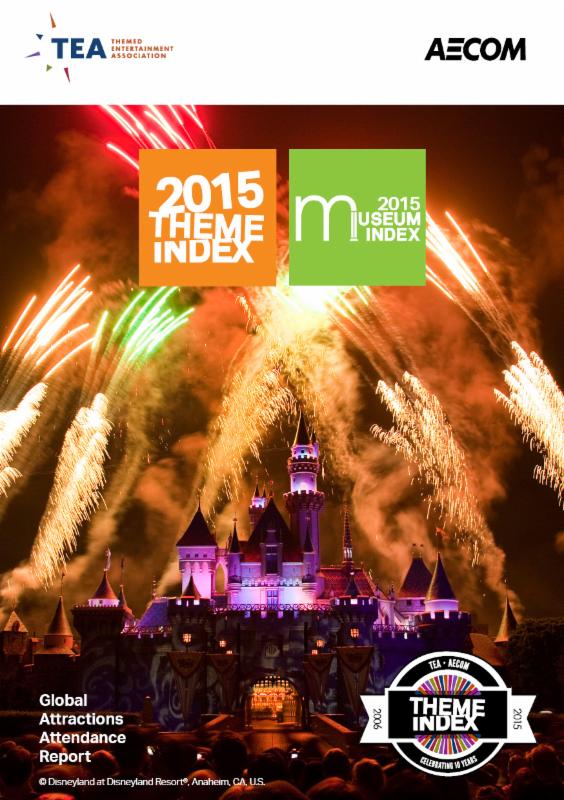 The annual Themed Entertainment Association, along with AECOM has released their list of the top theme parks by attendance for 2015. The report reflects the past year against the year before, and reflects the nature of growth in the industry. The report tracks every single park worldwide, and also includes museums and Family Entertainment Centers. It’s the most reliable and comprehensive report in the industry.

Disney took the world by storm, with Walt Disney World in Orlando topping the 20 million visitor mark. That’s absolutely HUGE! It’s also a jump of about 6% over 2014. The next biggest park was Disneyland, who celebrated their 60th anniversary, and enjoyed a leap of about 9% over 2014. Disneyland came very close to matching Magic Kingdom with 18 million visitors. 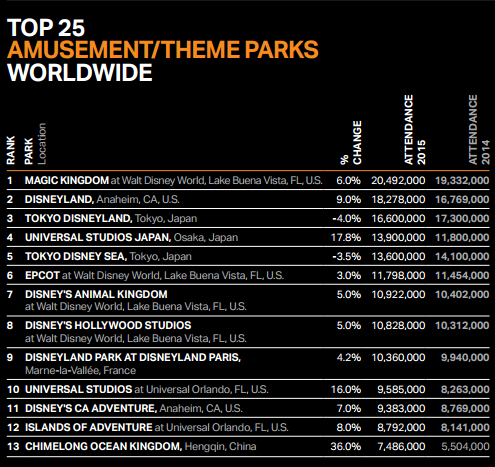 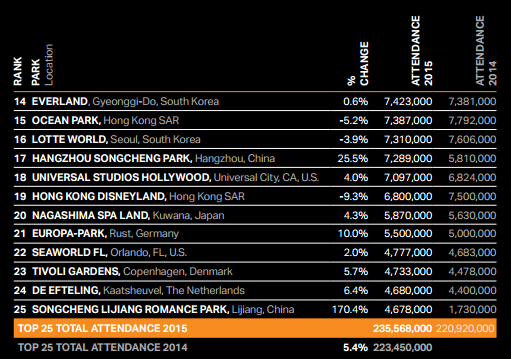 The Asian Disney parks are all down in attendance over last year, yet they are still powerhouses in the theme park market. Also, the TOP theme park destination in the Universal chain isn’t the Florida parks, but Universal Studios Japan. That park saw an increase of almost 18% (17.8%) vs. the Orlando counterpart at 16% and Islands of Adventure at 8%. Bottom line, Universal is booming. With major attractions slated for this year, and the next several years at parks across the world, it looks like Disney could see some more stiff competition.

One of the most interesting things to note, while SeaWorld is having a tough time as a company, SeaWorld Orlando is in the top 25 parks worldwide. That’s something huge! The park saw an increase in 2015 of 2 %, while the entire company was up .03%  which doesn’t sound like much, but SeaWorld is battling the backlash over bad publicity. The chain announced this year that in order to get the crowds back, they will be ending their Orca breeding program, effectively making this the last generation of whales in the park. While the hopes for the announcements are high, it’s too early to tell which way the news has swayed attendance. Did it help, or hurt? The positive news from last year shows that the park was on a gradual upswing anyway, will it continue for the rest of 2016?

In North America, the picture looked very good for tons of parks all across the US, Canada and Mexico 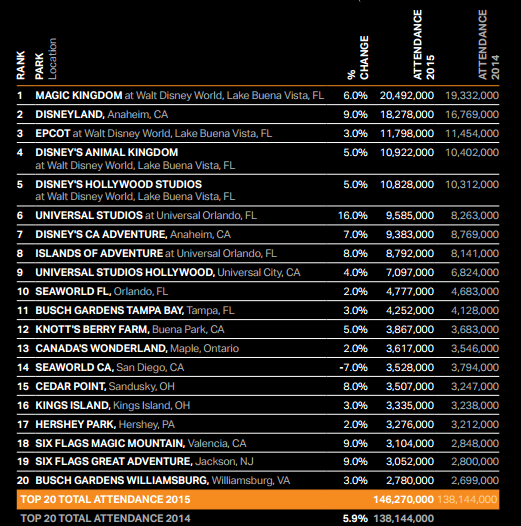 The only park to see a dip in attendance was SeaWorld San Diego. Most other parks saw massive increases of at least 2% or better. The top five, of course, were the Orlando Disney parks and Disneyland. With Universal Hollywood opening Wizarding World of Harry Potter, and Universal Orlando rolling out a new hotel, Kong and a revamped Hulk, it’s likely that at least one of those top five parks will be knocked out and replaced with a Universal park for 2016. This will especially hold true now that Disney’s Hollywood Studios has seen a ton of attractions closed, in order to make way for the new Toy Story and Star Wars lands.

Waterparks also saw huge draws around the world. The top five included the two Disney waterparks, with the soon to close Wet n Wild Orlando still ranking in the top ten. That waterpark is closing at the end of this year to make room for Volcano Bay Waterpark at Universal Orlando. 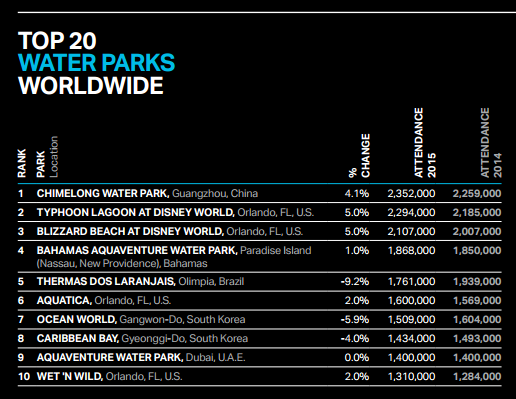 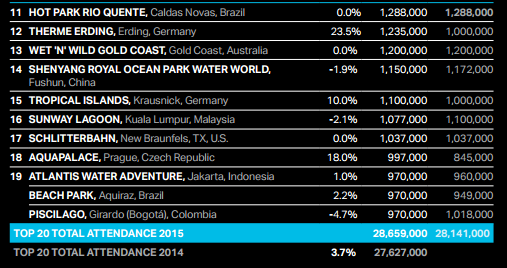 Also claiming a spot in the top 20 is Texas based Schlitterbahn, with the New Braunfels locations taking home the number 17 spot. 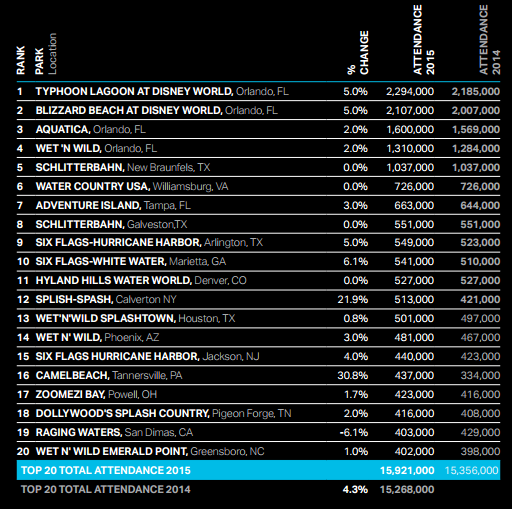 Are you surprised by any of the results?