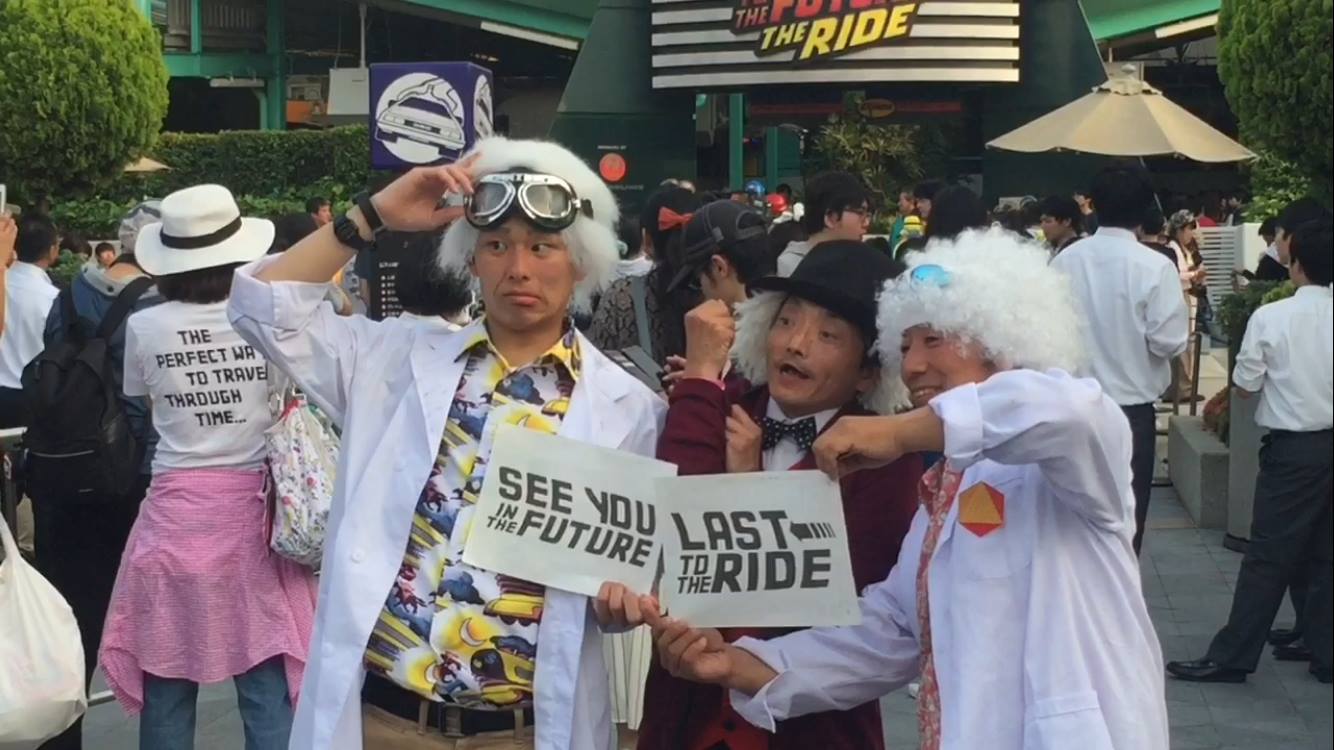 There are red letter days in history, and though we’ve seen many of them, no one really knew this day would come. As of right now, Back to the Future is officially history. The final Back to the Future ride has closed, this time at Universal Studios Japan. The final day was an interesting one, with hundreds of people flocking to ride the attraction one last time. While that is pretty much the same that happened at both the other Back to the Future attractions at Universal Orlando and Hollywood, what was the big difference here was the amount of people who paid tribute by dressing up.

Luckily our good friend YukenDoIt was on hand to catch the tears, and the Doc Browns!

While Doc Brown was naturally the most popular character, there were no shortage of obscure characters from the films and even the ride. 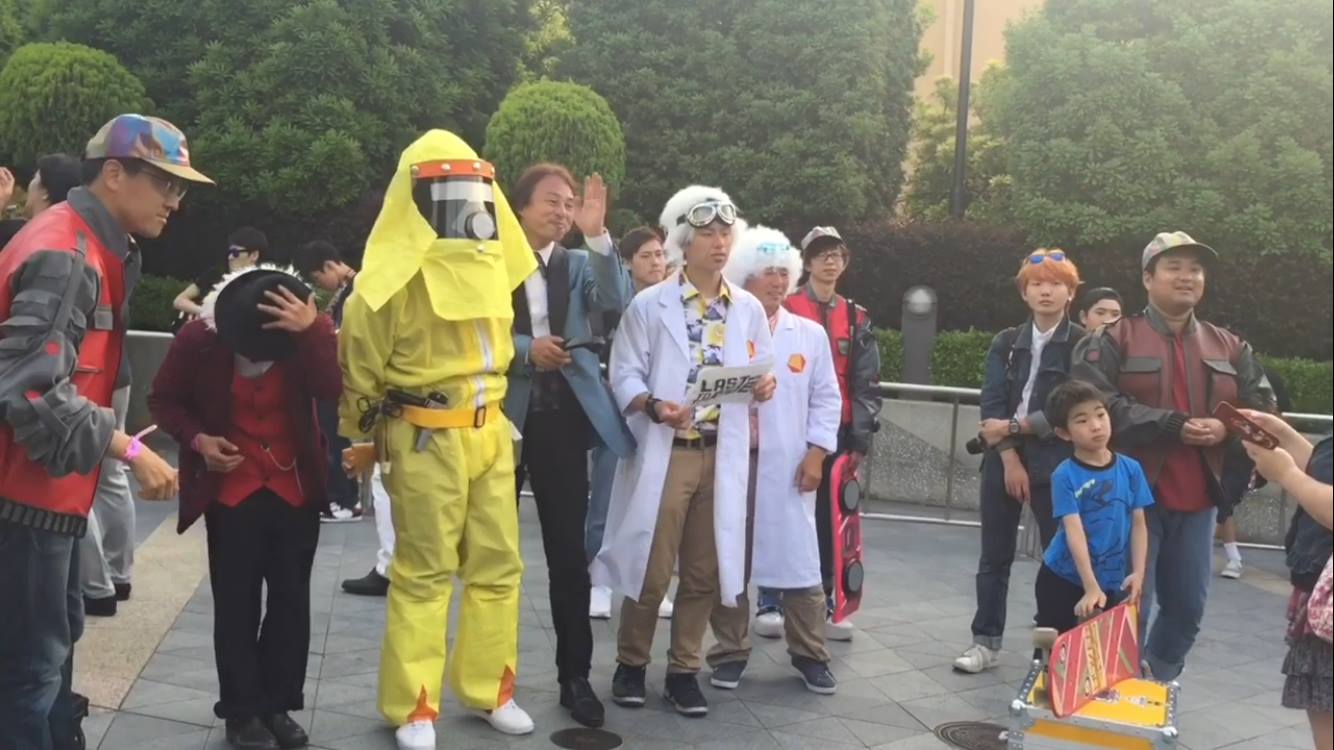 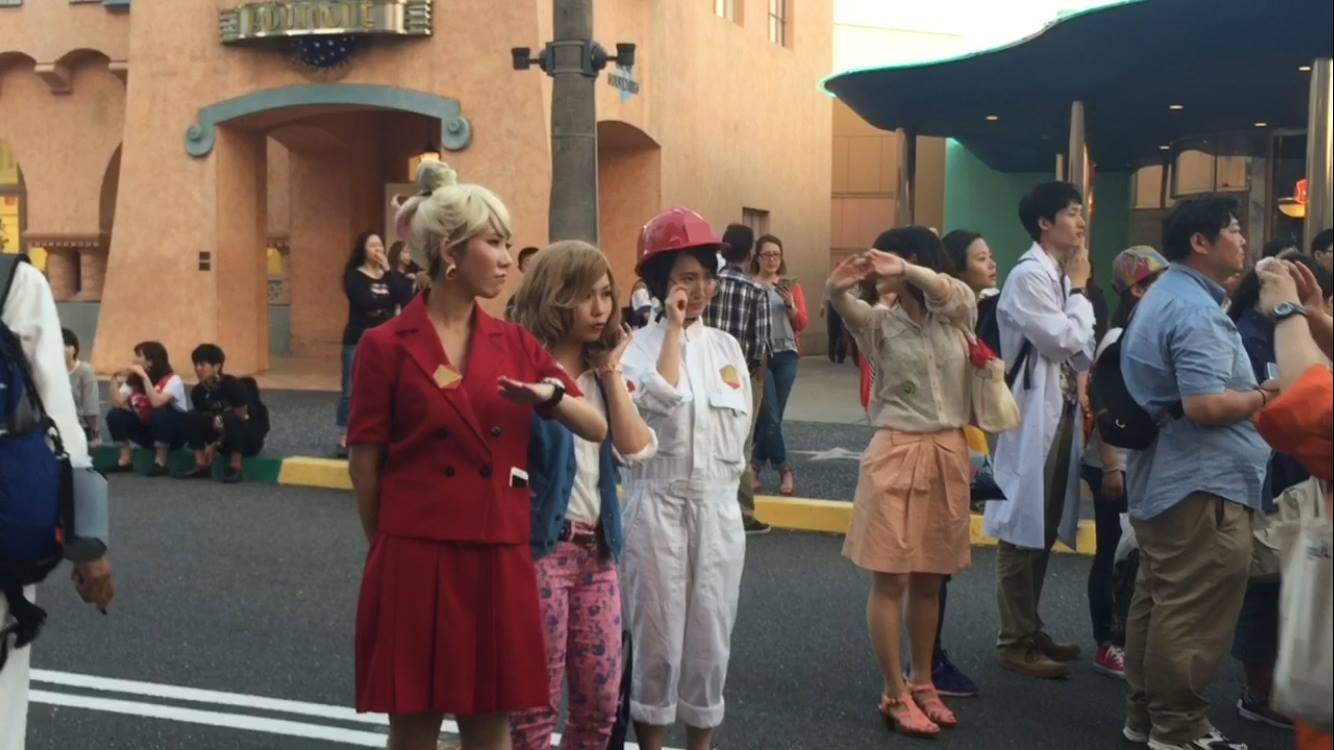 Finally, Doc Brown made his entrance to bid a final farewell to the attraction. If USJ is anything like Florida and Hollywood, fans can still expect to see him make his appearances in the park for years to come. 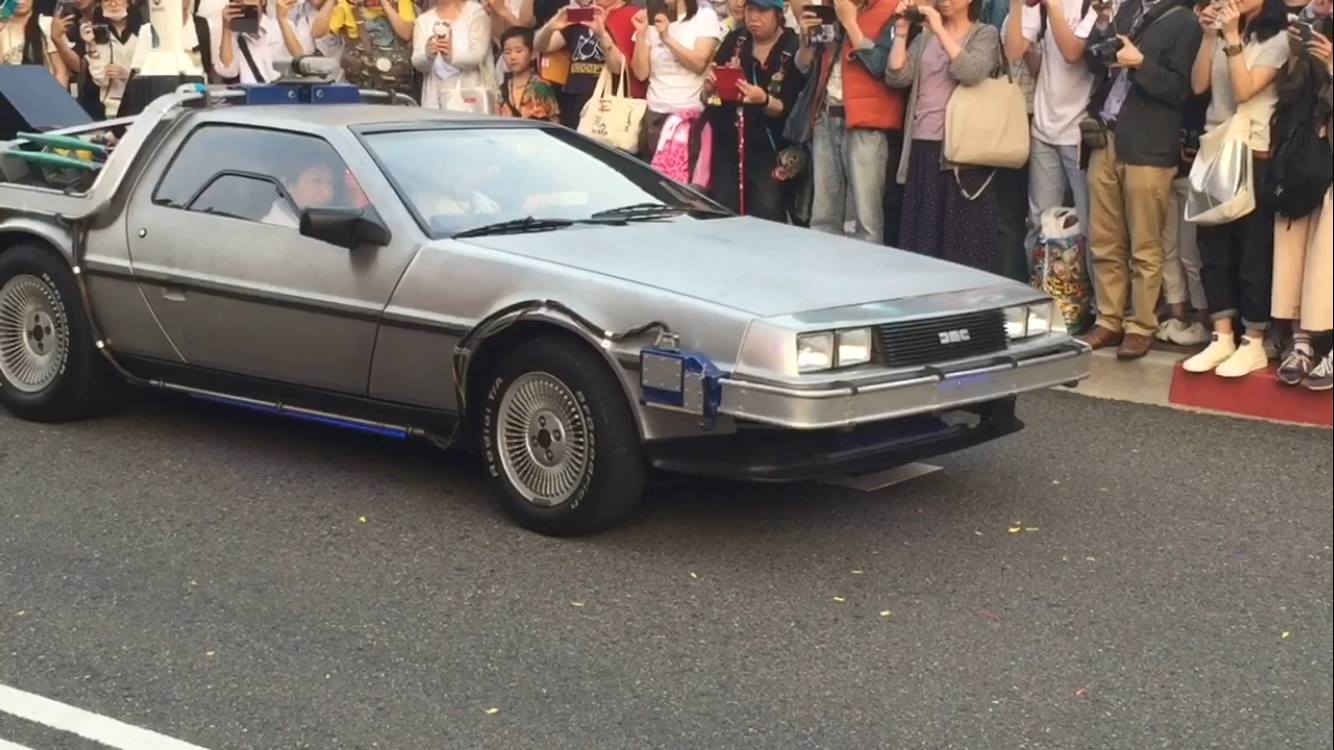 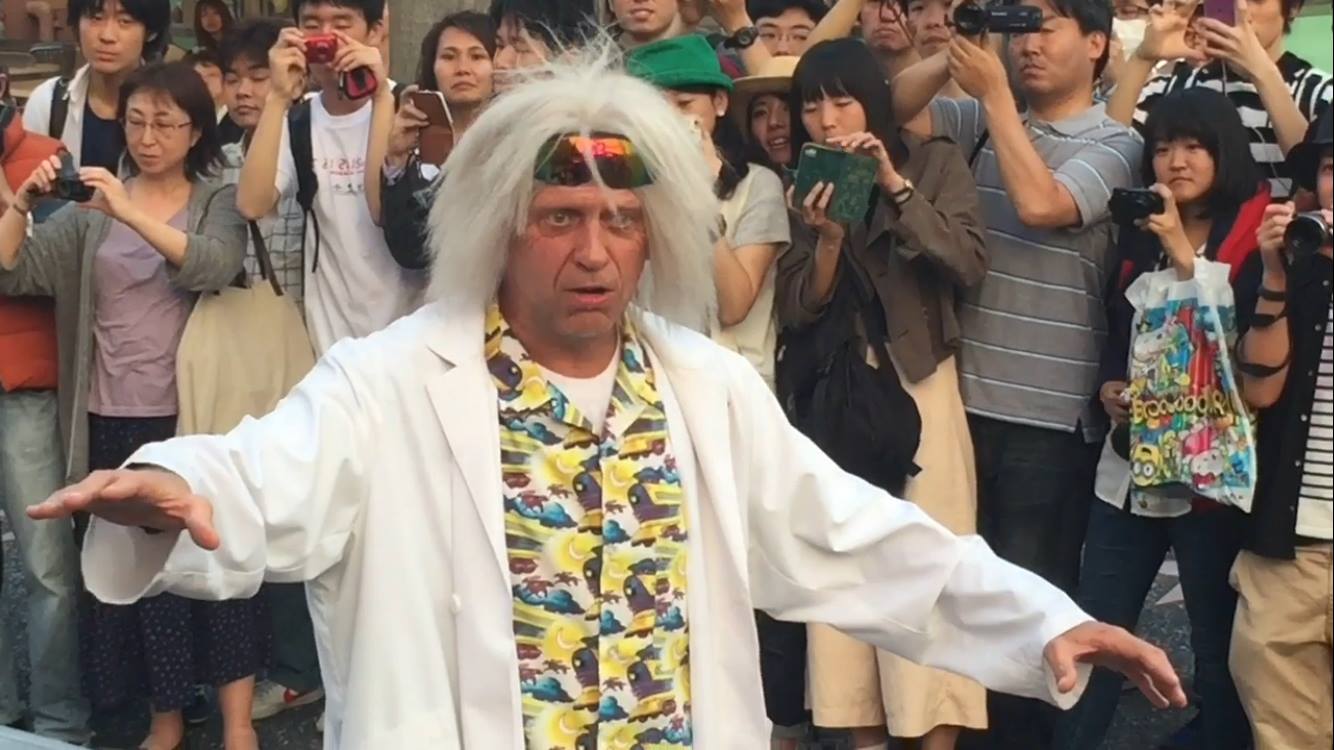 So what now? Here’s where we would make the obligatory “the Future is what you make of it” speech from the film. Only, it’s not what you make of it. The future of the Back to the Future attraction at Universal Studios Japan has already been decided, and the big rumor is that they will get a massive new version of Despicable Me: Minion Mayhem.

While that is far from official, it is a pretty safe bet, with the Minions being amazingly popular.