We’re just a few short weeks away from the premiere of the brand new Frozen Broadway-style musical opening in the Hollywood section of Disney California Adventure but today via the Disney Parks Blog, we’ve finally gotten our first look into the totally revamped interior of the Hyperion Theater.

These photos come from a brand new video posted by the Disney Parks Blog that you can watch below.

The interior the the theater seems to have been completely gutted, removing the physical set peices representing old Agrabah and replacing them with a large scale curtain backdrop that’ll serve as a projection surface throughout the show. 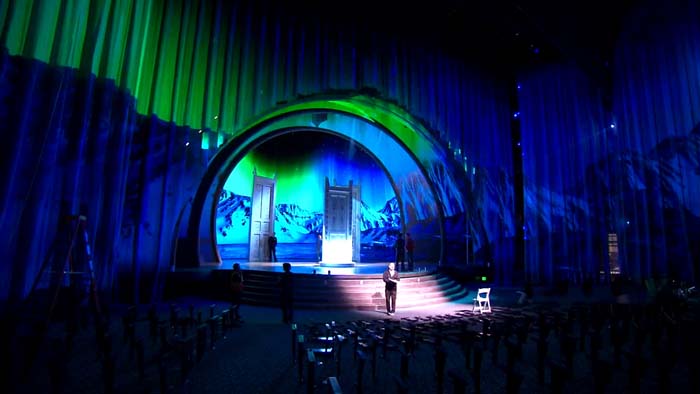 In adapting Disney’s “Frozen” for the stage in “Frozen – Live at the Hyperion,” the team at Walt Disney Imagineering Creative Entertainment sought out new and exciting ways to tell Anna andElsa’s story. Among other innovations, this dazzling theatrical production incorporates state-of-the-art projections and motion capture technology to create several “Wow!” moments for the audience. Disney team members collaborated with award-winning video and projection designer Aaron Rhyne (“A Gentleman’s Guide to Love and Murder,” “Tangled: The Musical”) to produce projection effects that open up the world of the story, propel the action forward and blend seamlessly with physical sets and, in some cases, the performers themselves! 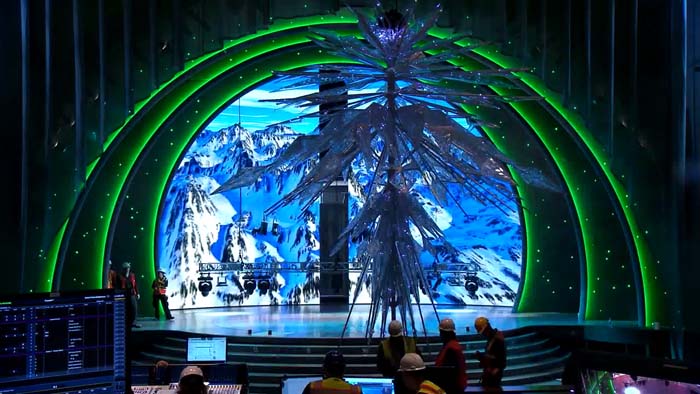 The 15 year old seats have also completely been removed and likely re-upholstered to withstand another decade of wear. 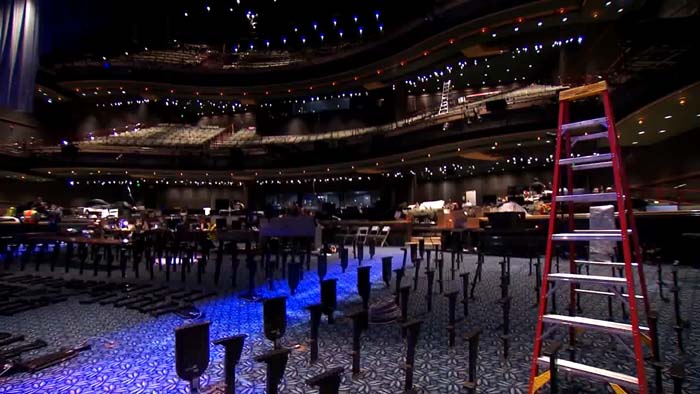 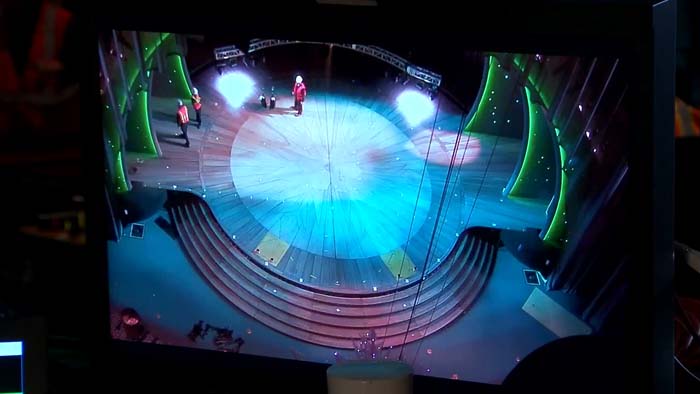 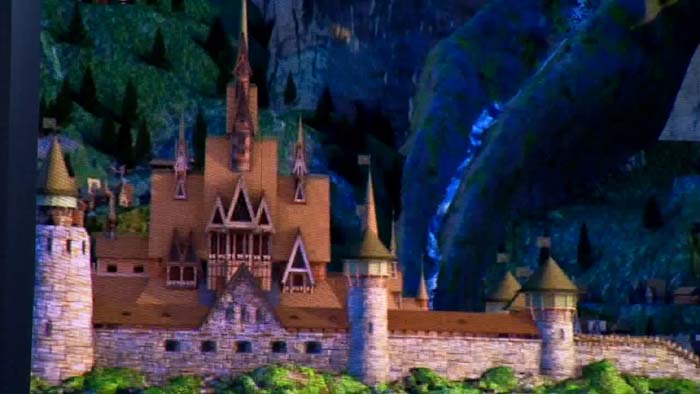 Are you looking forward to this brand new large-scale Frozen show? Frozen: Live at the Hyperion makes its debut May 27 in the Hyperion Theater at Disney California Adventure park.

For more information about The Disneyland Resort as well as ticket information, be sure to click here!