Frozen Ever After to open at Epcot’s Norway Pavilion June 21st! 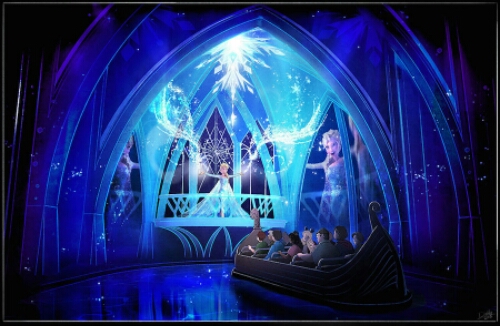 The all new Frozen attraction has an opening date…for the first time in forever. The icy new attraction will debit on June 21st at Walt Disney World’s Epcot. The new ride will be a sequel of sorts to the film, and will feature all the favorite characters from the film, singing new versions of the hit songs.

Also opening that same day is the Royal Somerhaus, where guests  an visit with Anna and Elsa in their permanent location. We also know a little bit more about the ride and the story.  Guests will take part of the “Winter in Summer” Celebration where Queen Elsa embraces her magical powers to create a beautiful “winter-in-summer” day for the entire kingdom. Next, guests will pass Troll Valley on their way up the icy North Mountain to Queen Elsa’s Ice Palace before their return trip to the Bay of Arendelle.

We know that much of the same ride system will be used, that was previously seen in Maelstrom. Guests will take a ride up the mountain, before being tossed backwards and down by Marshmallow.
Fastpass reservations for Frozen Ever After begin May 21st, for the June 21st opening. World Showcase will also open at 9 a.m. with the rest of Epcot for the huge celebration as well.