Star Wars- A Galactic Spectacular to debut June 17th at at Disney World! 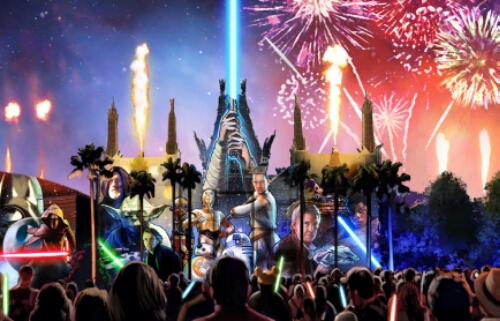 The new show will feature tons of fireworks, as well as digital projection, and the huge sweeping score from the film. Guests will be transported to Starkiller Base and more!

It’s only the latest Star Wars fun to hit the studios. Beginning late last year, and earlier this year, guests can see all the characters on stage, and even see Stormtroopers march through the streets. Guests can also immerse themselves in the world of Star Wars Launch Bay, as they meet characters and see props from the films.