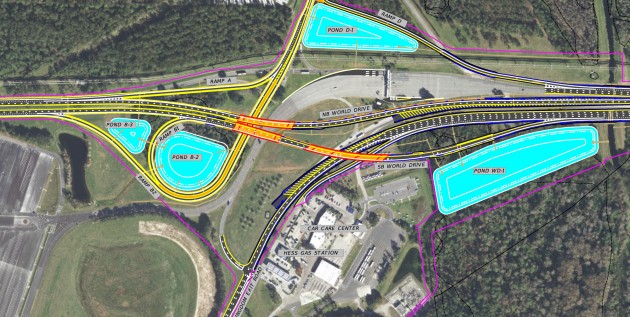 Plans filed with the South Florida Water District shows that Walt Disney World is looking to do massive work to the approach for Magic Kingdom and Disney’s Hollywood Studios. According to the plans, Disney wants to build a flyover for the road that takes you to Magic Kingdom for buses and resort traffic to simply get around the toll booth. Brilliant idea, as that area is always full of congestion. The new plans could also lead for a new entrance to the parking lot of Magic Kingdom, which will take guests through the old Speedway area. Sure, it’s nerd stuff, but what does it mean? It means a lot less traffic, and shorter lines at the toll plaza. It also could mean less wait times to get out of the park, and to your hotels in the Magic Kingdom area. 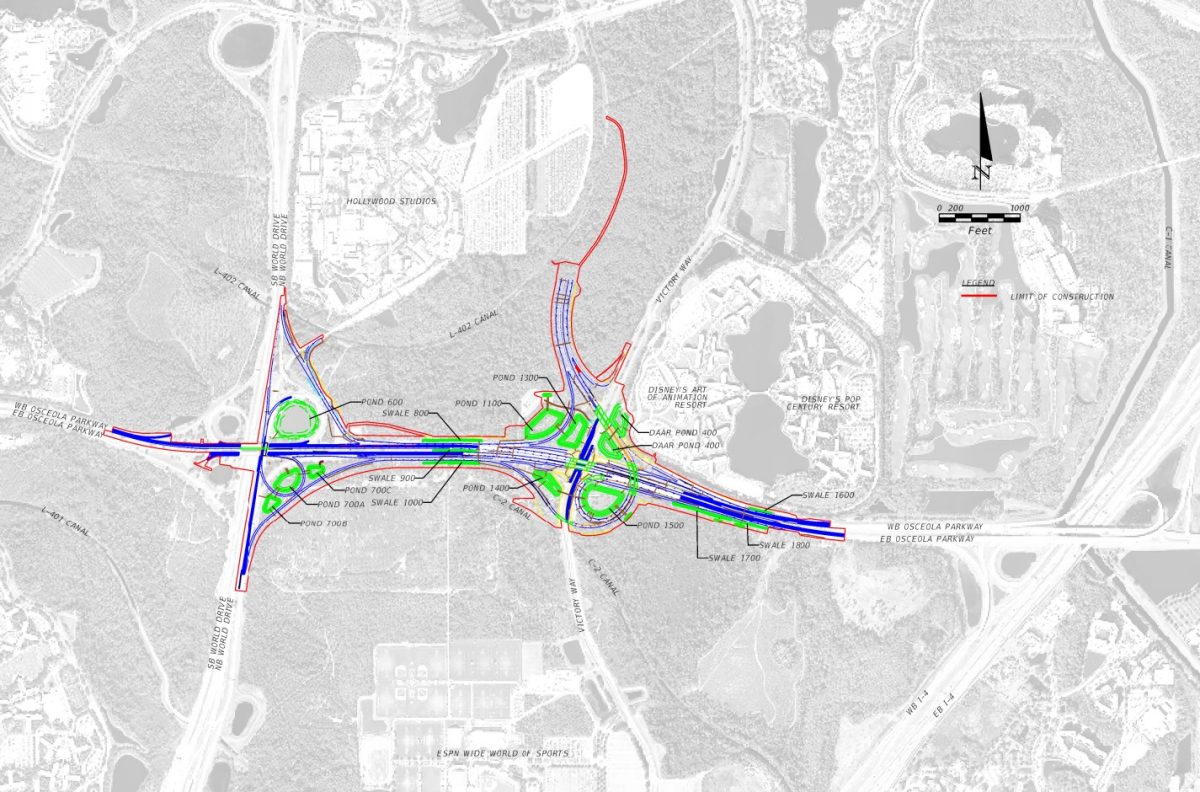 Meanwhile at Hollywood Studios, it could mean an all new entrance for the park, thanks in large part to Star Wars. That isn’t a bad thing. The new Star Wars Land will be pushing the boundaries of the park, which means that the entire entrance way will shift. This falls in line with some of the earlier rumors of shifting the actual park entrance and parking. The parking lot and entrance to Hollywood Studios is a complete mess, with parking going in two different directions, so hopefully the new entry plans will call for making a more organized parking area, and perhaps even a garage or two. Going up with parking makes way for more theme park room.