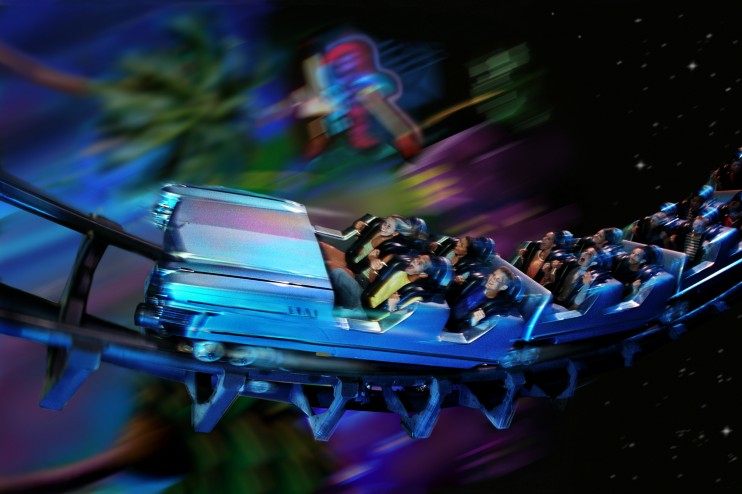 Aerosmith front man Steven Tyler has confirmed that in 2017, the band from Boston will be embarking on a farewell tour. That’s it, there won’t be anymore Aerosmith. The band has been rocking out for over 45 years, but are deciding to call it quits. Each member has solo projects happening, such as Steven Tylers’ Country Album, bu they say it’s finally time.

So, what about Rock n Roller Coaster starring Aerosmith at Disney’s Hollywood Studios? Where does that leave Disney and the legendary coaster? If you’re not familiar with the coaster, you sit in on a recording session with the band, which is cut short due to a concert. The band loves their fans, and hates to leave you sitting there, so they arrange for a “super stretch” limo and backstage passes. You’re whisked away through L.A. traffic and landmarks on a launch coaster that rolls and careens through the dark on your way to the huge concert. It’s definitely Disney Imagineering at it’s best, as no little detail is left out.

The only problem…well, it’s old, and now it appears that the band is moving on. So does it make sense to have a coaster based on a band that doesn’t exist anymore, or will not exist for a time?

The rumor mill has been working on this one for years, as the coaster has been rumored to be rethemed and replaced for years. First, the coaster was supposed to be replaced by a new type of attraction. That probably isn’t the case, as this is a legendary ride. Next came the rumors of a rethemed attraction. The first came with the popularity of Hannah Montana. Miley Cyrus grew up, and is no longer the squeaky clean Disney Princess. The next came with High School Musical, then Radio Disney, and everything from the latest top 40 hits to Disney musicals. The problem? Nothing really is ageless enough for a timeless attraction.

Still, during the opening of Star Wars: The Force Awakens, the park had a premium VIP Party where the coaster was given the Star Wars treatment, with the Star Wars soundtrack instead of Aerosmith. It wasn’t the best use of the coaster, but it was fun. Lately the rumor going around is that it will be rethemed to A Goofy Movie. Instead of Aerosmith, you’ll see Powerline, Goofy and Max and you’ll have to get to the concert in time.

The problem with that? It’s a 20 year old movie that wasn’t very popular in it’s day, even though it did get a direct to video sequel.

What will Disney do? Will it keep the legendary Aerosmith, will it Disneyfi it with a classic Disney film, or will it find a new legendary band to work with?

The problem with adding any other modern band is that popularity of the bands change so quickly. What is hot today, is gone tomorrow and with the way that media and social media glorifies everything, one wrong step and the band is villified. Can Disney afford to deal with that kind of up and down publicity with new bands?

Personally, I say go with Metallica, they’ve been at it for more than 30 years, and still rock:

On second thought, might be a little too hard for the kiddies. Who do you think would make a good replacement, or which Disney film? Let us know in the comments below!

Keep in mind that this is all theories, and rumors. Unless Disney officially announces it, it’s not going to happen. Also, keep in mind that Ozzy Osborne had a “farewell tour” back in the 90’s, and continued touring up until a few years ago. While Aerosmith is calling this a farewell tour, it’s not likely to be the last time they tour.