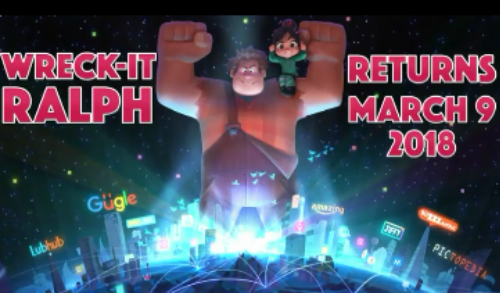 Director Rich Moore addressed fans on a Facebook Live broadcast, introducing Phil Johnston, who co-wrote Wreck It Ralph and Zootopia. Johnston will be co-directing Wreck It Ralph 2. John C. Reilly will return as Ralph, though no other details were revealed. The film is believed to explore the world of home gaming, and could see a ton of new characters from the world of video games, including Super Mario and more!

The first film made over $471 million dollars worldwide, and ushered in the current wave of success for Disney Animation that has included Frozen, Big Hero 6 and Zootopia.