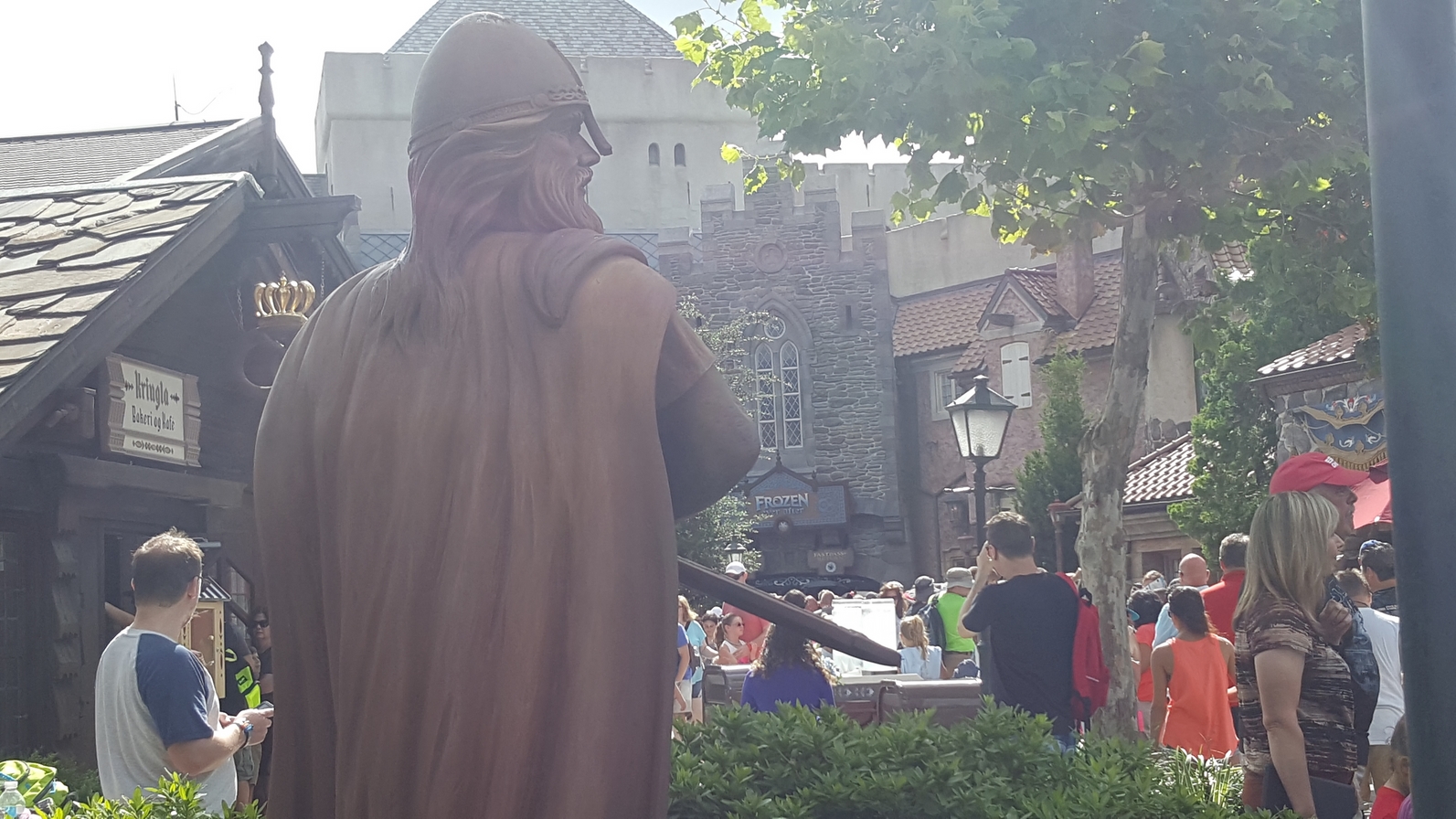 Frozen has officially opened at Epcot’s Norway Pavilion. As with any opening day attraction, the lines stretched farther than the eye could see, but still the faithful went in by the droves. Was it worth it? We have no clue! While we were in the park, and we had hoped to get on the attraction, it was really just a fool’s hope. Guests lined the park before it even opened, with many boasting they had been there since 6 a.m. We managed to get there before rope drop, but that proved to be a bit too late, as the attraction was already posting a 240 minute wait at 9:30. 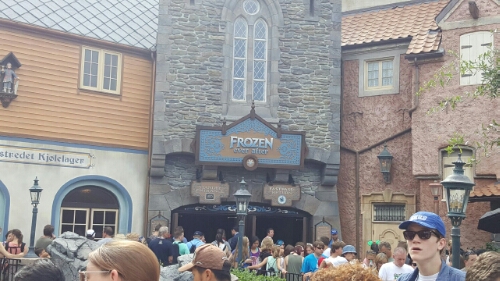 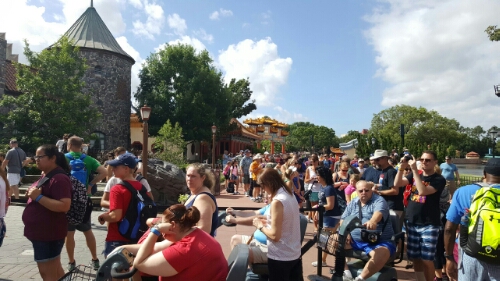 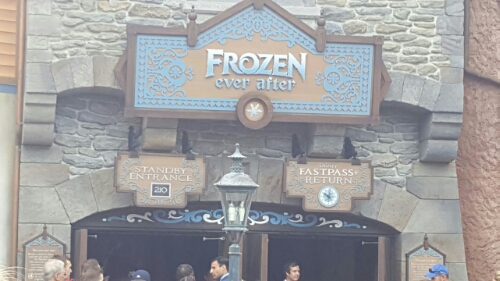 By about noon, the ride had been shut down due to technical difficulties, and we were told that the standby line was being shut down. Those who had a Fastpass for the day were the only ones allowed to ride and wait in line, and even they were seeing long waits. It seems as if Disney should have soft opened a bit before the ride was officially opened. The wait time for the attraction stretched up to five hours as the day went on, and others were trying their luck with the ride. It will most likely see long wait times for the rest of the summer, but it shouldn’t be nearly as long after a few days.

We decided to try another day, but everyone we spoke with who was able to ride called it pretty amazing. The animatronics were very different, the music was extremely good, and overall they spoke highly of the ride. There were some who still longed for the trolls and polar bears of Maelstrom, but Frozen looks to be in a good place here.

What we did manage to get was a good look at the surrounding area, including the exiting gift shop. The charm of the original Norway is still there, even if the attraction is long gone.

The other major addition tot he area was the Royal Sumerhus, which serves as a meet and greet for Anna and Elsa. While it too had a line, the wait times for that attraction were minimal in comparison.

The area is full of little nods to the previous attraction, as it should be. Some of the signature pieces are completely gone, such as the waterfall in the Norway courtyard. 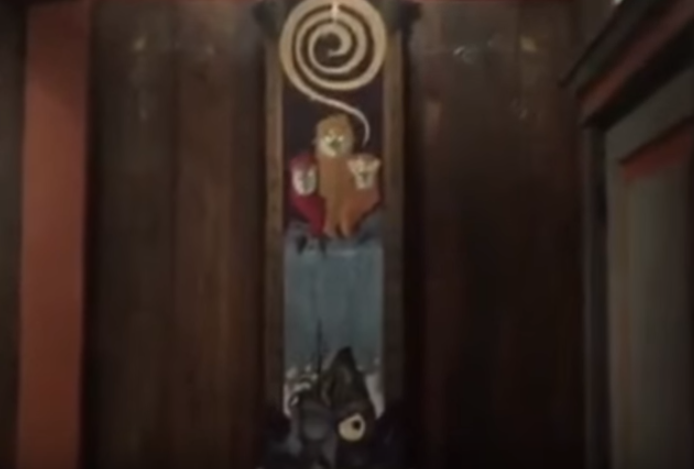 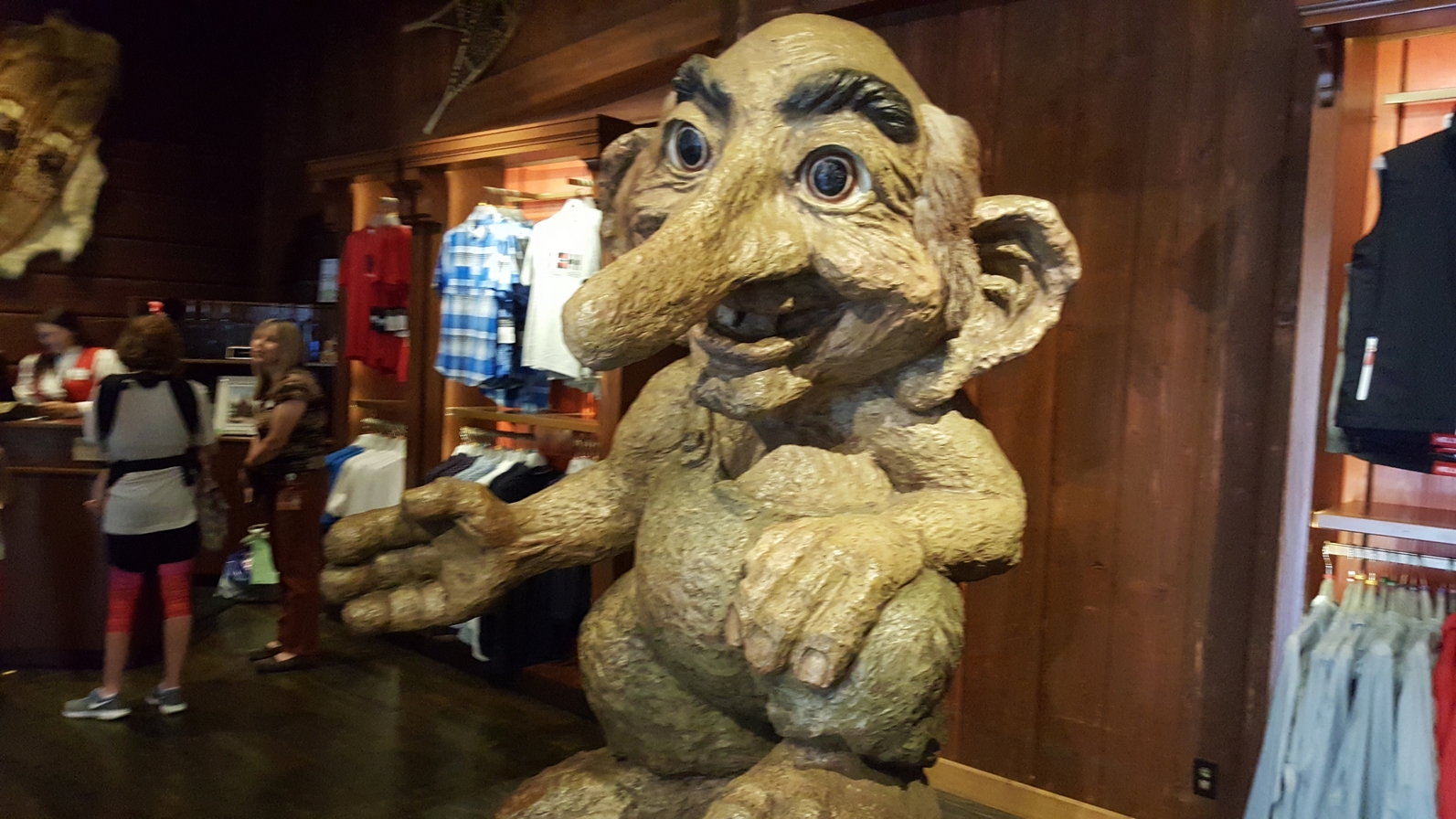 While Frozen is full of trolls and magic, Norway was about that and a little more. Frozen is a great addition to the park, and the area, and will bring in tons of visitors, but will they still feel the spirit of Norway?

Slideshow-Check out even more pictures from Norway at Epcot