Of Dads and Grads-Happy Fathers Day 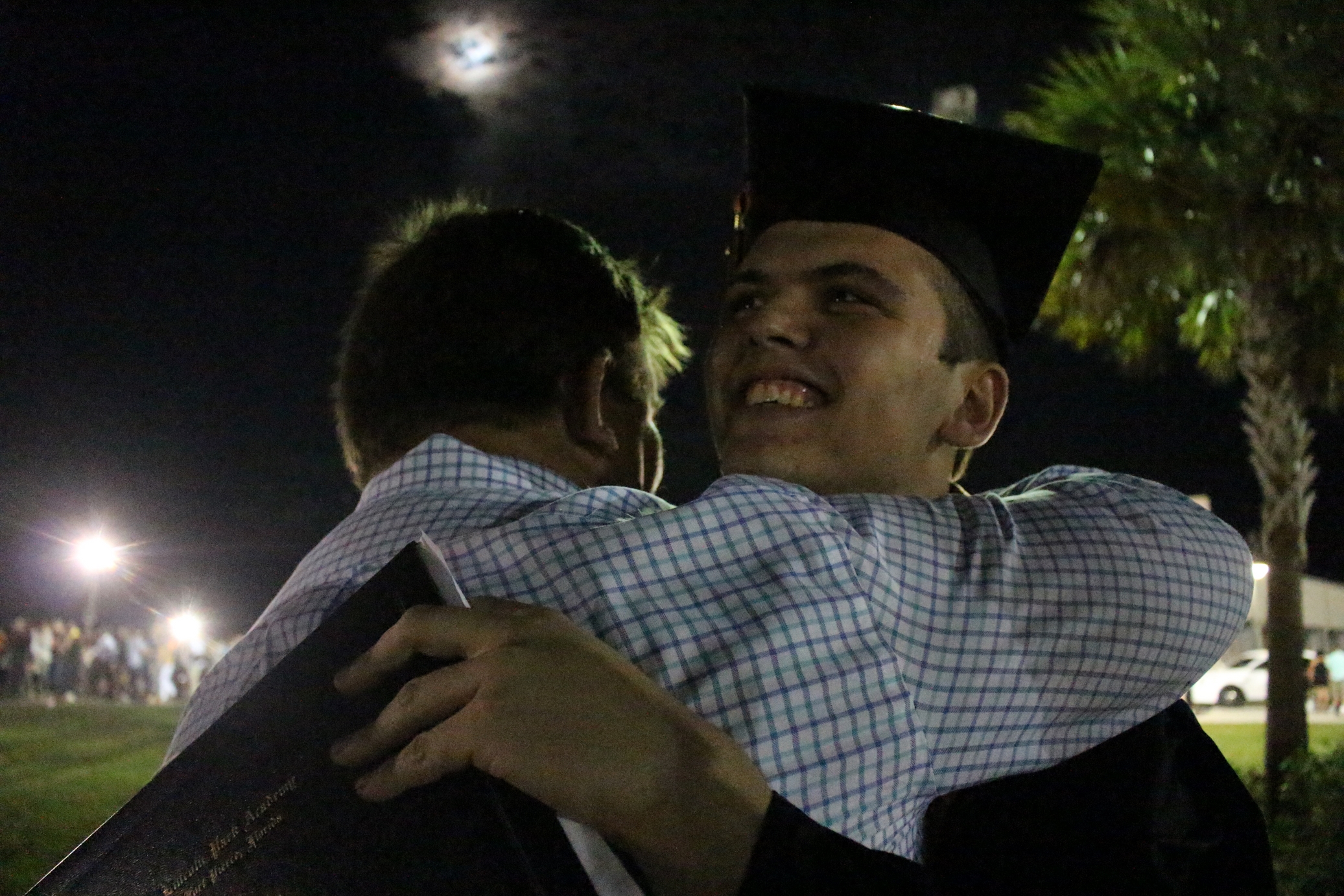 Happy Fathers Day to all the dads, and step dads out there. We hope your day is full of relaxation and whatever it is that you want. We also wish our fondest congratulations to the class of 2016! You did it! You survived your childhood, high school, and the world as your parents presented it. Now, you have to survive it as you make it…but more on that in a minute. Today we celebrate dads, and reflect on grads, as all fathers must do eventually.

Being a dad was never a job that I expected. I took it on when I was barely 20, and yet I felt that I had belonged to it. In fact, once my baby boy entered my life, I couldn’t imagine a life before him. Where only a year before I had graduated high school. My son was my world. Then later in life my daughter became my heart. Fatherhood changes everyone, but it changes us all differently. Instead of sitting on the sidelines and letting mom do all the work, I took charge and became the conductor of our machine we called life. It was amazing. It was amazingly difficult.

Times went on, a marriage fell apart, a new one blossomed…not exactly immediately, but it did happen. The world of the kids changed, but I needed to be constant. I changed, but for the better. I was now raising my kids without their mother in the picture, and I had to become everything that she was. Thankfully, the adaptation wasn’t hard or significant and we chugged right along. We had issues, for sure, but we pushed along.

When my son hit eighteen, he changed. He started realizing he called his own shots, and could do what he wanted. The problem is, he was still in school, and what he wanted took him away from his studies. How could I still lay the law down and maintain a steady relationship? The dad in me wanted to run out and thump his skull, but it wouldn’t work. It didn’t work between me and my dad. We had a strained relationship at best, because of divorce and distance. He moved out of state, and I was so angry that I didn’t know I was angry. So how did we make it? It wasn’t very easy, but if you give your kids the tools they need, they learn that the rope you’ve given them ends at a point, and they’ll end up swinging.

That brings me to my point on grads.

Your parents love you, more than you can ever know. Dads especially love their kids. There’s a pride in everything you do, because we made you…and in most cases, we made you who you are now. That’s now though. There is a great huge future out there, and who you are now isn’t who you have to be in five or ten years. Who you are now can be different than who you choose to be in the future. Good, bad or indifferent, your parents are part of that. They gave you the building blocks for who you can become. Even if your dad (or mom) wasn’t around, that helped you be who you are today. As you move into your lives, you may not know what the hell you are doing. That’s the case with my son. He’s struggling to get out of childhood, and move into adulthood. He was looking forward to being able to do what he wanted for so long, that now that he can…he has no idea what to do!

There’s nothing wrong with not knowing what you want to do with your life. You have a lifetime to figure it out, but remember that time waits for no one. If you wait too long to figure something out, you’ll miss a big chunk of what could have been. Dad (or mom) will always be there to help, even if it’s just a kind word, a bit of advice or a break from a screaming child. They’ll help how they can, because they always have. Just because you’re done being a child, doesn’t mean you’re done being THEIR child.

Dads also remember that. Just because you’ve done things up to this point, doesn’t mean your job is done. It’s never done. Your financial responsibility might have been lessened, but your job has only just begun. Your job as daddy is done, but your job as father, mentor and now friend can start. And that’s the most important. When they were kids, they didn’t need a friend, they needed a father. Now, a father telling them what to do may be the last thing they need. Now they need a friend who has been there with them every step of the way. They need a friend who will listen, and who knows them better than most. They need a friend who is more than a friend, they’re family…and you have the advantage of being all that and more.

So congratulations grads, your life is yours to shape and mold. Good job dads, you might be able to rest easy today, but there’s always more to do.
Love Always

P.S-TURN THAT DAMN LIGHT OFF! YOU THINK ELECTRICITY JUST COMES OUT THE WALLS!

TAGFathers Day
Previous PostImagine Dragons and Nate Ruess to headline "All Is One" concert to benefit Orlando Next PostKeeper's Tales: One Love, One World, One Orlando