“The Shallows” brings Jaws-like fear back to theaters 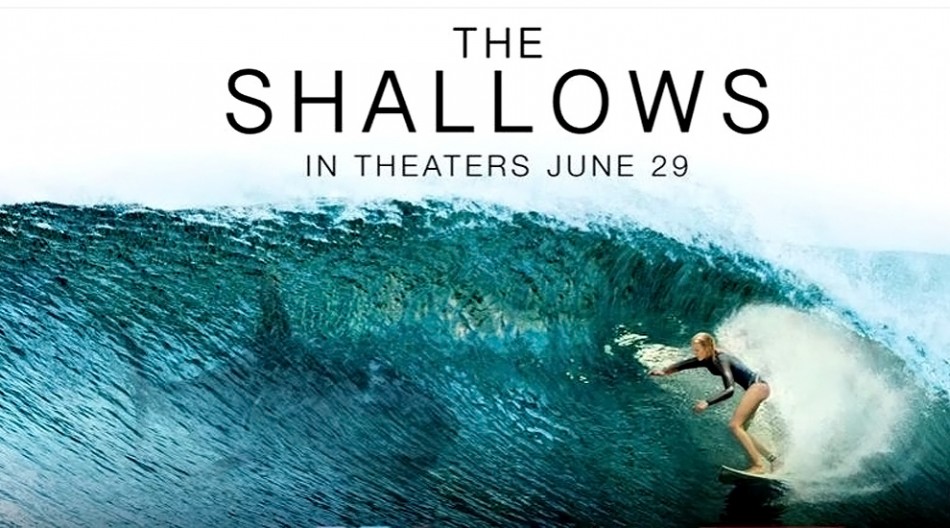 Remember the first scene in Jaws where the pretty girl goes for a swim, and gets attacked by a shark? It’s a great scene that builds the tension of the rest of the film, and it’s a hell of a start for what would become a legendary movie. Over 40 years later comes The Shallows, starring Blake Lively as a surfing med student out looking for who she really is. The entire premise of the movie seems to be based on that first scene of Jaws, and it’s not a bad thing at all. In fact, what follows in resulting movie is nothing short of a second coming of our Great White love affair with dangerous and unknown sea creatures.

The film hit theaters in a time when everyone is going crazy over Finding Dory, and Independence Day. While it may be overlooked for those two films, it will be the one that some will remember longer. The movie takes what should be a quick shark attack, and builds on it, much like JAWS did. Unlike Jaws, however, instead of a series of attacks on an island, this beast picks off anyone who happens to be unfortunate enough to go into that part of the water.

We first meet Blake Lively’s character Nancy as she embarks on a trip to Mexico to find a place that her mother surfed when she was pregnant with her. She is at a bit of a crossroads, after losing her mother, and not sure that she wants to finish med school. It’s just a bit of a set up to the ultimate showdown between her and a feeding Great White Shark.

Unlike JAWS, there’s not a ton of characters to develop. We don’t have a surly boat captain, or a shark expert. We have a small cast of characters that are there to serve a purpose. The main stars, however, are Nancy and the Shark…with a little supporting help from Steven Seagull (bad joke, but serves it’s purpose in the movie). Lively shines, both as eye candy and in a serious role, as a med student fighting for her life. Award season should be good to her, because she is absolutely brilliant here, playing with the area she has, and the world that surrounds her.

Nature plays as much of an element in this movie as any of the actors do. The ocean, is the stage, but also the most unforgiving of actresses, as it hammers beats Nancy to oblivion, and throws so many obstacles at her that it becomes a bit obvious the writers just wanted to throw more at her. Lively is never given more than about 30 feet to work on, as the waves come rolling in and bashing her when the movie really starts going.

Yes, the comparisons to JAWS are really there. That’s really high praise for the movie that pretty much started the summer blockbuster as we know it. It’s also high praise to the filmmakers, as they take the same approach to the shark as Spielberg did with Jaws. We know the shark is there, we see his shadow, we can see the silhouette as he swims. We catch glimpses of the fin, and yes, we do see him eat on occasion. The shark isn’t fully seen until much later in the movie, when it’s most appropriate.

Yes, like JAWS it can be a bit silly at times, and the way the shark behaves isn’t necessarily how a real shark would behave, but that’s what makes it so fun. In a time when we have to be so concerned about being correct, and accurate, this film takes the middle road and makes it believable while still having a lot of fun.

Ultimately, that’s what we have. It’s a very tense, but very fun movie that shows the timeless battle between man and nature…or in this case, woman and nature. There’s even a “smile you son of a bitch” moment in the movie, that makes all JAWS fans giggle with glee.

Is it JAWS? No, but it’s damn sure good enough to be close to it.