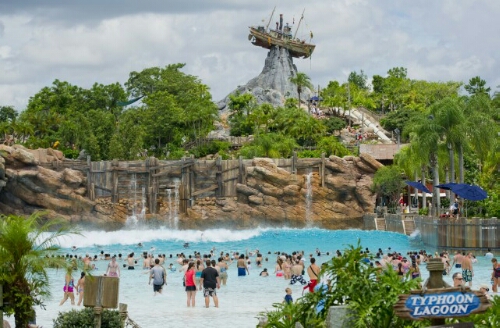 Typhoon Lagoon opened in 1989 at Walt Disney World. The Waterpark broke new ground on themeing and storytelling. Since the parks opening it has received one new attraction, Crush n Gusher, Florida’s only water coaster.

Now according to The Orlando Business Journal, the park will not only get a new attraction, but an expansion in the foreseeable future.
Permits filed with the state calls for construction of a new family raft ride, with an elevated structure, as well as new sidewalks, facilities, and more.

Nothing much is known about the new attraction, but it comes at a time when the waterpark industry in Orlando is about to heat up.

At the end of this year, the long “grandfather” of the modern Waterpark, Wet n Wild Orlando will close. In 2017, Universal Orlando will open their new Volcano Bay Waterpark.

That, and the fact that neither Disney waterpark has a major addition in a number of years, appears to be motivating Disney to get this new project underway.

Typhoon Lagoon is a gem in the waterpark industry, with a lush tropical environment, and amazing amazing story telling. What can we hope to see with a new attraction at the park? We’ll have to wait and see.

TAGTyphoon Lagoon Walt Disney World
Previous PostThere's a CHANCE HHN 26 could be clowning around as a possible icon is teased! Next PostNew high end, on-property hotel proposed for Disneyland