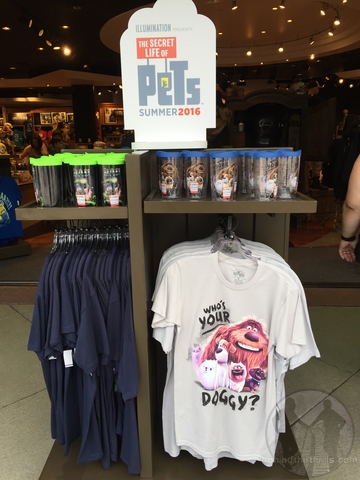 The studio that brought you Despicable Me and the Minions is about to get “unleashed” this summer as the latest film from Illumination hits theaters. However, before The Secret Life of Pets hits the silver screen, guests at Universal Orlando can catch some all new merchandise for the film. 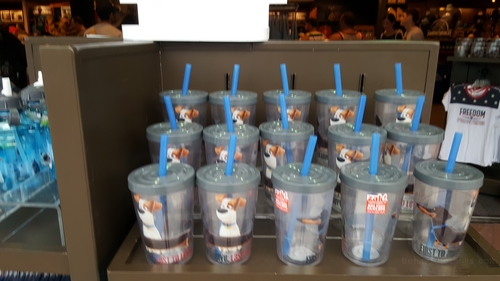 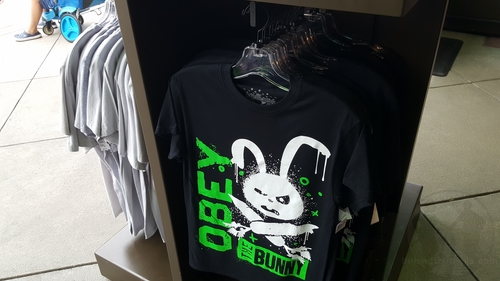 New merchandise featuring the characters from the film have hit shelves and it’s pretty adorable. While the film hasn’t hit theaters yet, the early buzz on the film has it being in the same league as Despicable Me. If it does end up being huge, there’s a good chance we can expect to see characters in the park very soon. There’s also a huge rumor going around that the film will be turned into a ride at one of Universal’s parks in the near future. 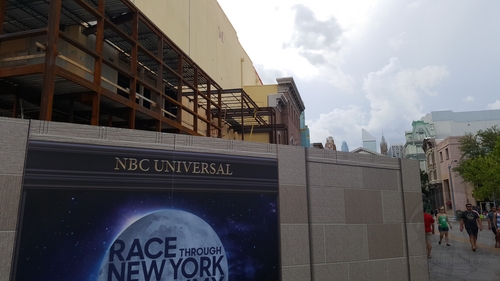 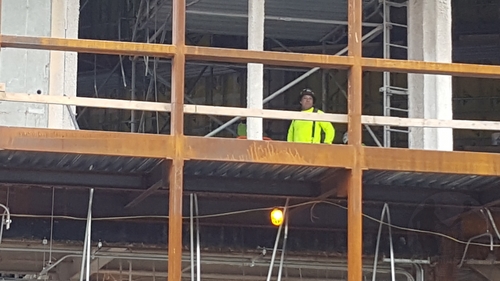 All eyes are on King Kong at Islands of Adventure, which could open any day now. Meanwhile at Universal Studios, the park is busy working on Jimmy Fallon’s Race Through New York. The new ride is scheduled to open in 2017 and replaces Twister. The new construction includes what appears to be an inside theater of some sort, as well as tons of queue space.

The attraction is coming along at a great pace. It is one of two rides that are scheduled to open in 2017. The other, Fast and Furious Supercharged has come to a visual standstill. The attraction may have a lot of work happening behind the scenes, but from the park point of view, there is nothing at all happening since demolition has concluded. 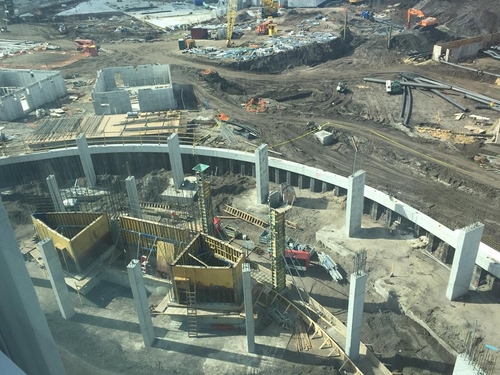 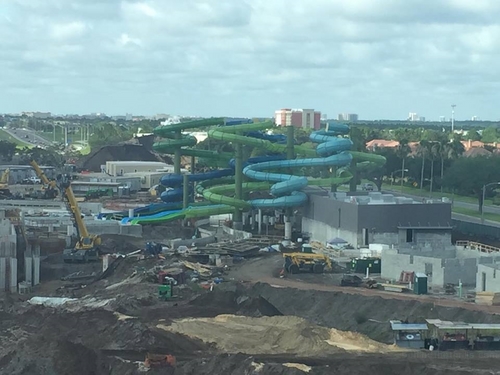 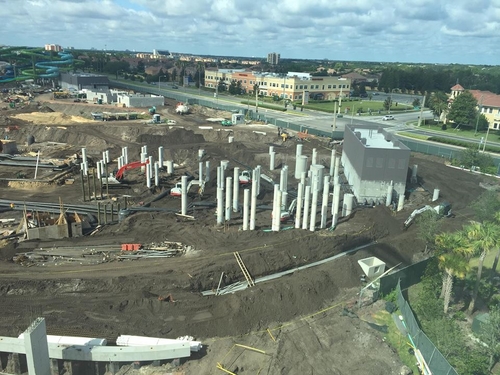 Another MASSIVE project happening at Universal Orlando is the huge Volcano Bay waterpark, right next door to Cabana Bay Beach. The new waterpark is expected to open in 2017. The centerpiece of the park will be a huge volcano, with a huge slide going right through it. The volcano can be seen rising from the construction site, and you can also see some of the new slides being installed. There have not been any specific details released about the new waterpark, but as we can see, there will be some enclosed tubes, as well as a wave pool. What kind of slides do you hope to see? 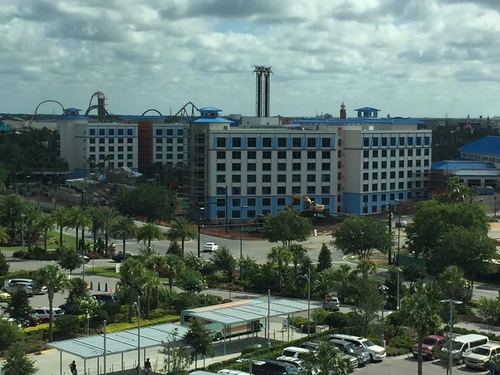 This July, the all new Sapphire Falls Resort will open at Universal, making it the fifth onsite hotel. The new hotel is pushing for a mid-July opening, though it looks as if it could open in phases. The new hotel will feature a Caribbean Resort theme, as well as several new restaurants.