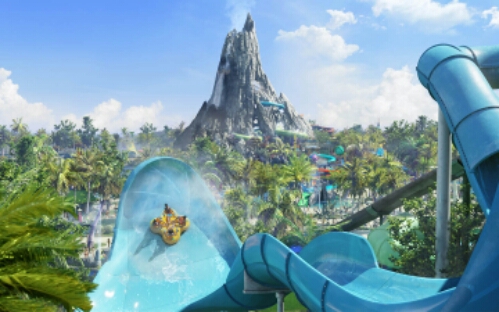 Earlier this week, Universal Orlando offered details on what they are calling their third park, Volcano Bay. The details (click here) included a look at many of the slides, and attractions in the park.

The 28 acre site is located directly next to Cabana Bay Beach Resort, which will also be adding more rooms via two Towers. The new park will change the queue system, according to Universal and will boast some innovative new attractions that have never been attempted before. Among those are a 70 foot drop slide through the heart of a Volcano and under a wave pool.

More details will be released as opening date gets closer.