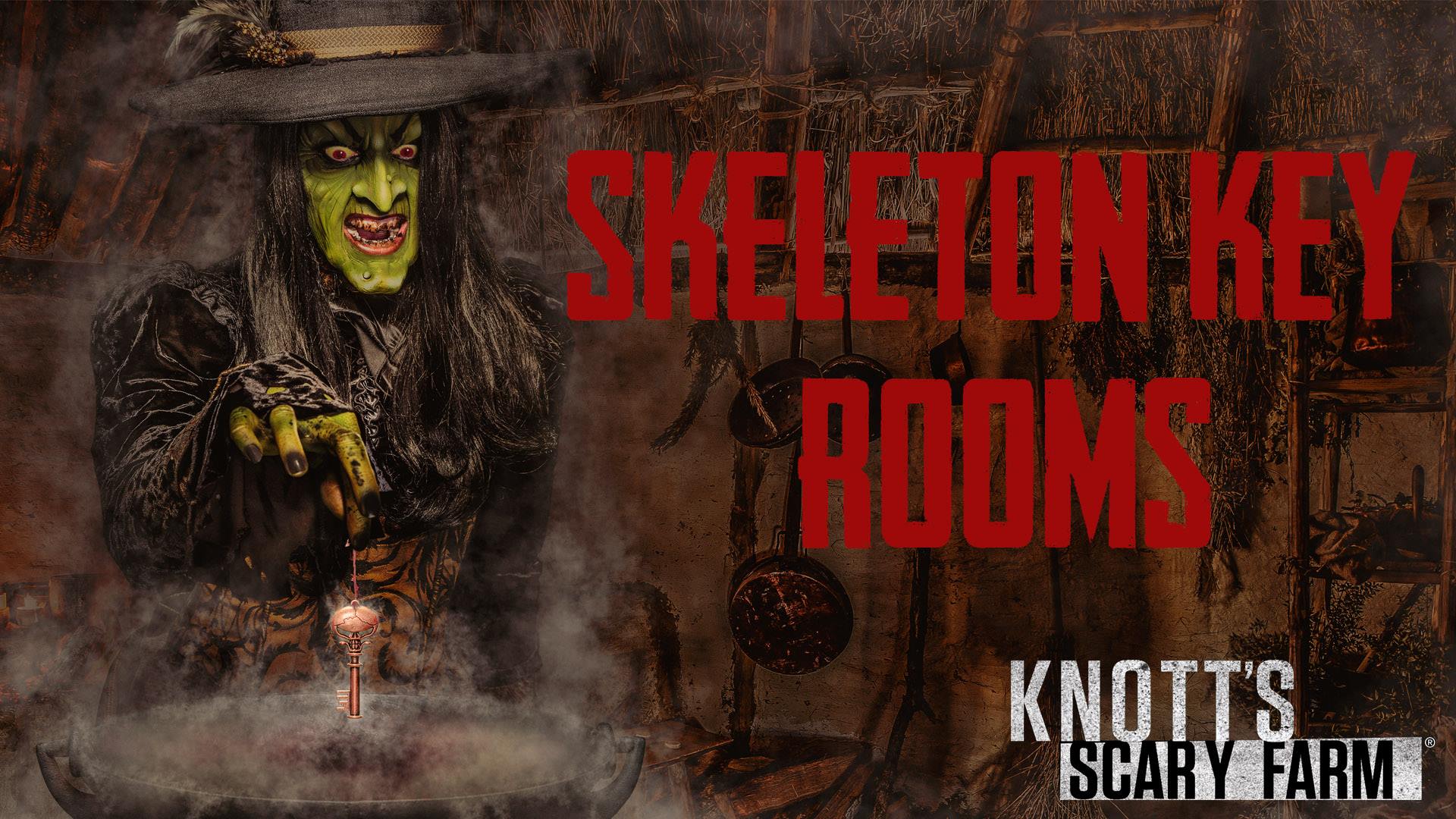 Attendees at this year’s inaugural Midsummer Scream in Long Beach California were some of the first to hear the big news from Knott’s Scary Farm, as they released some huge news regarding this year’s Haunt. The annual event transforms the Southern California theme park from roller coasters and pumpkins by day, to nightmares, chainsaws and hellish beasts by night. Guest speakers from Knott’s included Ian Barnett, John Cook, and of course Jeff Tucker who were on hand to talk about the event, but more importantly break some massive news!

The first bit of huge news is the first maze announcement for 2016. This year, Knott’s will bring back Paranormal Inc. It was a massive hit in 2015, and is back. No further details have been announced, other than it’s back. Want to see what you’re in for? Check out our video from last year below!

Knott’s has broken new ground in it’s over 40 years of scaring the spit out of guests. From interactive haunts, to VIP experiences, and even bringing huge shooting attractions to the haunted experience better than anyone else in the theme park industry. One huge innovation that they brought forward was Skeleton Key. It took immersive haunting to a new level, by giving guests more to experience in each haunted attraction. Skeleton Key was unlocked an extra room in select mazes and expanded the stories. This year…Skeleton Key is going to lock you in, and you have to do your best to escape.

This year Skeleton Key will not be part of the mazes, but will be stand alone attractions. Each of the four Skeleton Key rooms will unlock different stories, and will be very close to the “Trapped” VIP Experiences. High level scares, all connected to one of the mazes in a unique way.

Here’s the breakdown of the new Skeleton Key rooms:

Visions: This house will team you up with the gang from Parnormal Inc. Guests must investigate the Green Witch Museum in Ghost Town where it is not the building that is haunted, but the various items contained within. Using a Phantom Finder augmented reality device, guests will be able to identify and witness paranormal activity connected to items from the Sarah Marshall Witch Trial. This is huge news, as it uses the same kind of augmented reality that is used in Pokemon Go. It has been done before at Halloween Horror Nights in Orlando, but never on this scale. This is going to be groundbreaking for Knott’s and will pave the way for many more uses of the technology in theme parks.

ZOZO: People from all over the world claim to have been visited by the demon ZOZO after a spirit board session. Is the demonic entity known as ZOZO real or are spirit boards just a myth? It explores the world of Ouija and Spirit boards. Guests could sit around a Ouija Board and be exposed to the demon that has visited millions.

Slasher: Guests are invited to step into an 80s’ slasher horror film. The masked Angel Maker Killer is on the loose. Every lead has run cold and that’s when you step into the picture. Will you become his next victim? It sounds like you will

Prey: Navigate a hay maze full of dead ends with only a faulty lantern as your guide. You are not alone. Mutant beasts are lurking around every corner. Farmer Ted will release a new mutant beast every 30 seconds. The lanterns will be part of the show, as the lights will flicker, brighten and die completely…without your control.

While the key rooms are going to be stand alone, they are not full fledged mazes, but more smaller experiences. They will take a few minutes to complete, and will be accessible once per night. The new Skeleton Key Rooms join the Deadly 7 as they emerge once again from the fog to fill your hearts with fear.

Keep checking back as we will be adding more videos and pictures from the announcements.

Scream-A-Geddon enters final week, and you don’t want to miss it!