Have a bad case of the mondays? Fret not, for Disneyland has just released and updated version of the Star Wars Land Concept art and it looks AMAZING. 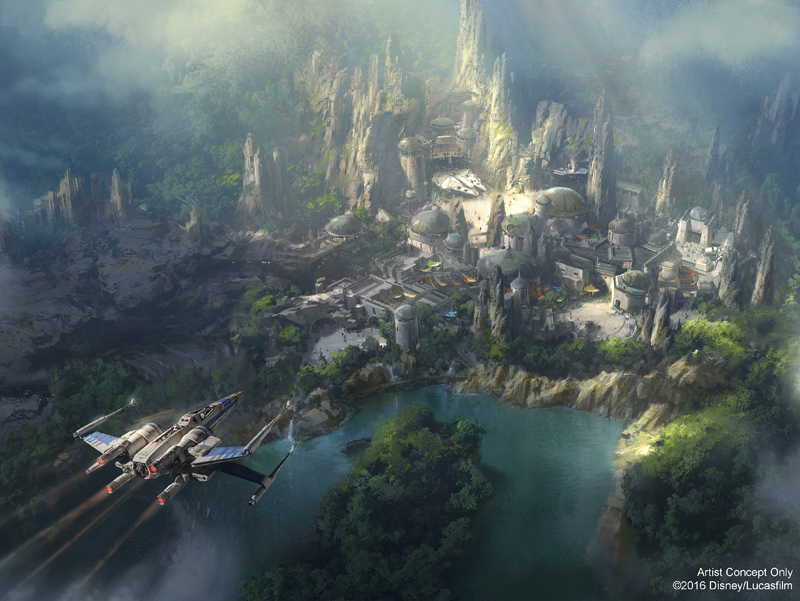 Nestled behind the Rivers of America the 14 acre new land will feature two new attractions, a themed retail district/market place, dining and much much more. The market will be a major hubbub of activity where locals and merchants (all in character to the Star Wars universe) will interact with park guests daily. 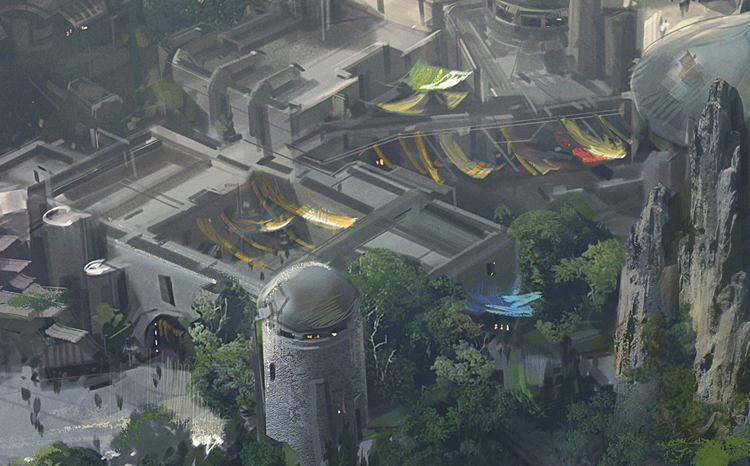 In the very back of the land you’ll find one of the two major attractions as well as a full scale replica of the Millennium Falcon, the iconic ship from the Star Wars movies. This attraction will put you literally in the cockpit of the ship for an adventure like you’ve never seen before. Think Mission Space but on major Star Wars steroids. 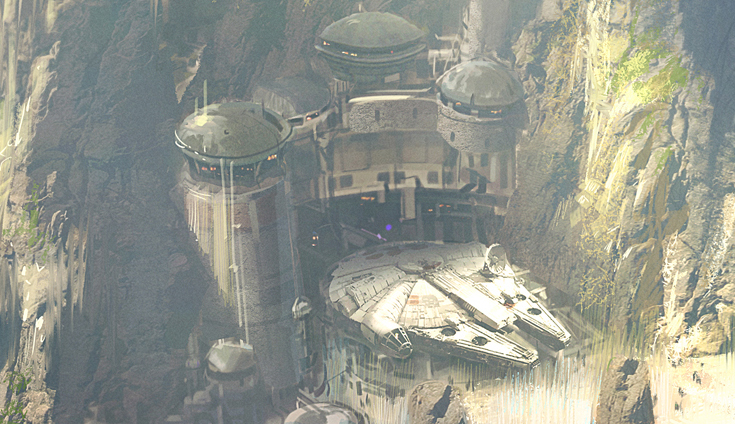 The next major attraction will be a trackless-style escape from the First Order and also feature another large scale replica of an iconic Star Wars ship the Shuttle Tydirium. 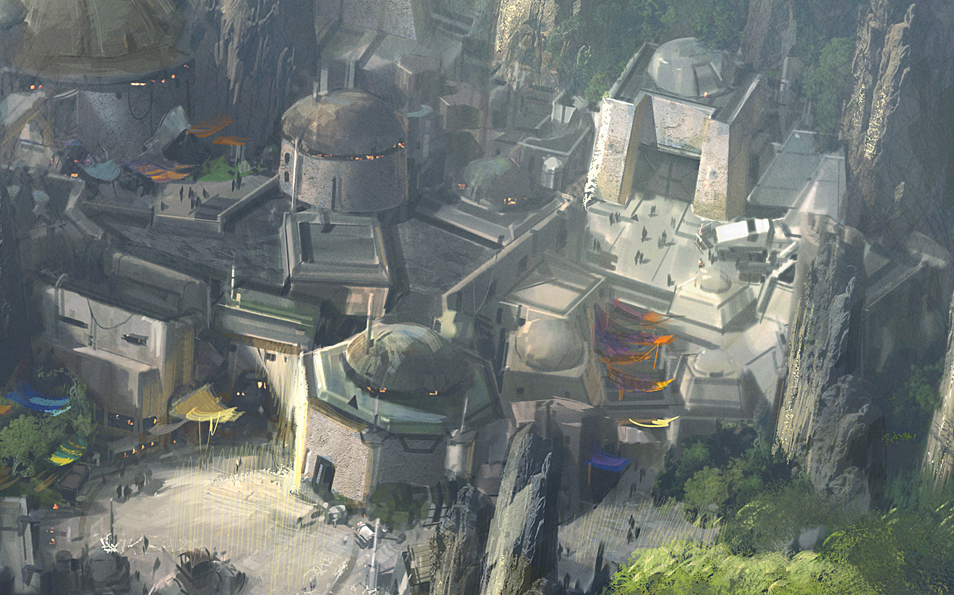 It’s safe to assume that this specific piece of art work is what Disneyland’s version will look like in California. Due to its layout and riverfront. The Florida version will be similar but there will indeed be differences between the two versions.

What do you think of this new artwork? Are you hyped for Star Wars land?! Let us know in the comments.