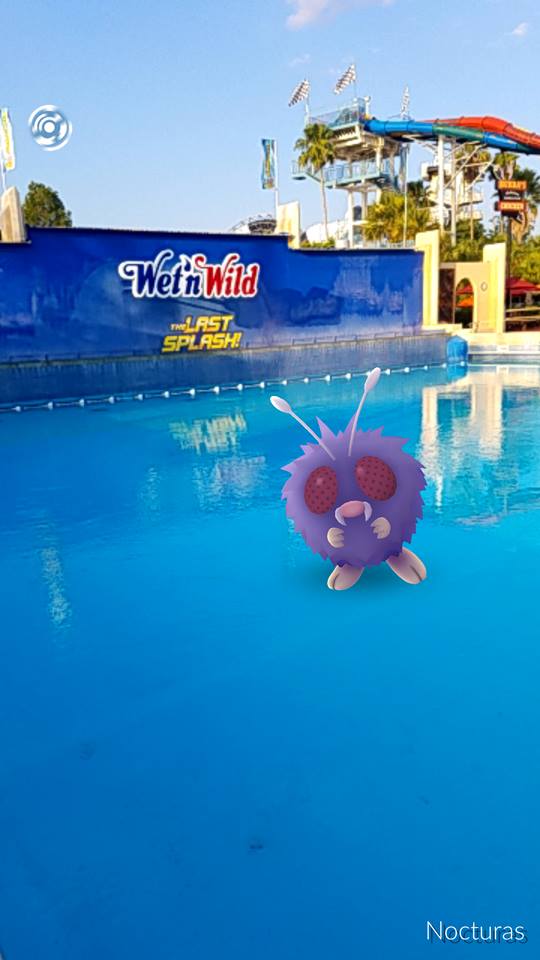 Pokemon Go has hit cell phones all over the world, and people are swarming out of the house and into the world to catch the creatures. With the use of Augmented Reality, Pokemon is actually putting the creatures into real world settings, and allowing you to interact with them a little. The game is really unique, as it takes you to real life areas to capture Pokemon, and even battle in various gyms. It should be no surprise that some of the biggest Pokemon hot spots are Central Florida’s theme parks! 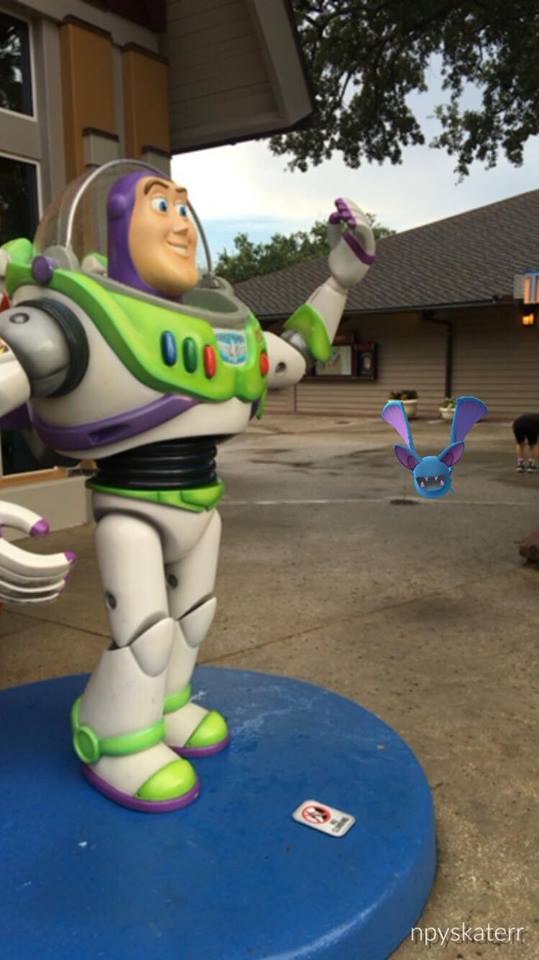 At Wet n Wild you can see a Venonat splashing around in the Wave Pool, or see a Zubat buzzing around Buzz Lightyear’s Head in Disney Springs. Have no idea what I’m talking about? It’s okay. In Pokemon Go, you use your cell phone to track down various Pokemon. You then capture those Pokemon, and train them, power them up, and evolve them. It’s quite fun, and very addicting. In certain very public areas you can find things called PokeStops. These are little stations that allow you to check in and get special items like Pokeballs, Potions and much more. 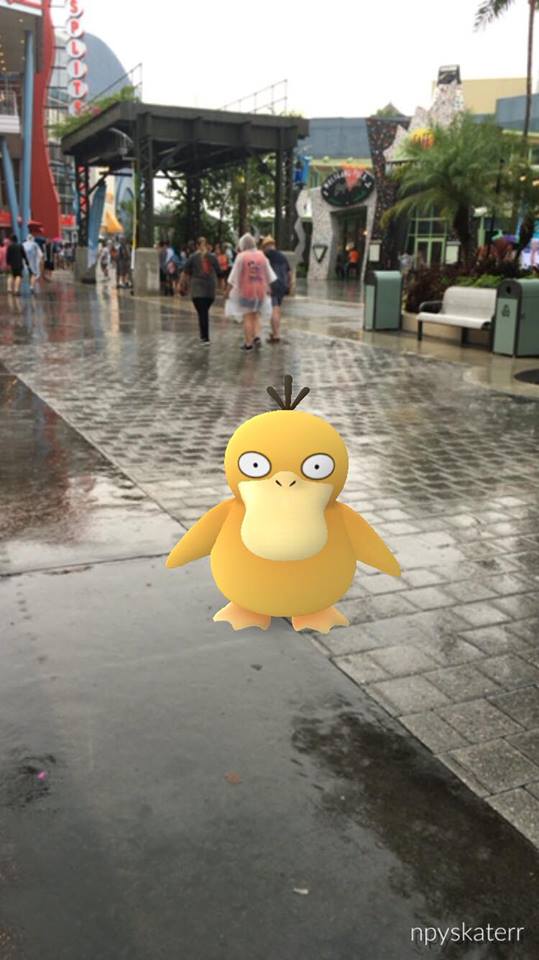 It’s not surprising that you would find a ton of Pokestops and Pokemon in the theme parks, as it seems that the more visited and populated an area is, the more likely you are to find them. In Magic Kingdom there are about 12 PokeStops. At Universal Orlando, there are close to double that between the two parks and CityWalk.

Still the real fun is finding the Pokemon. Universal and Nintendo have signed an exclusive deal that will allow the park to create attractions based on the characters from the games. While that’s still a little ways off, how about finding an exclusive Pokemon and even a Pokemon go station at Universal Orlando now? It wouldn’t take much to do, and would bring in tons of fans of the Pokemon series, especially if you have the chance of finding rare or exclusive Pokemon. You could even set up a store with charging stations, because let’s face it, the game drains your battery. There could be Exclusive Pokemon Go! Merchandise, and even a few gyms. Think about it…it’s a great cheap idea that could be done quickly.

Still, it’s amazingly fun to find your favorite Pokemon hanging around roller coasters, and Cinderella Castle as it is.