Portion of CityWalk evacuated at Universal Orlando due to suspicious package 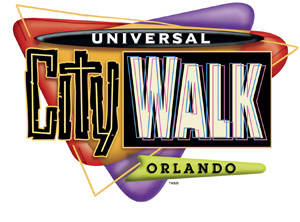 There is news coming out of Universal Orlando tonight as portion of CityWalk had been evacuated due to a suspicious package on Monday night. The entertainment district was evacuated out of “an abundance of caution” after a package was found by one of the Universal Canine units. Police and fire units were on the scene to help with the investigation and evacuation. The evacuation caused kept guests from entering the parks and the parking garage for a little while, but just before 6p.m. the parks returned to regular business operation.

A similar situation happened a few years back when a suspicious vehicle was parked in the garage. That ordeal lasted a few hours, and caused many people to take cabs and buses away from the resort.

Unfortunately this is the time we live in. Suspicious packages and vehicles have to be treated on a “worst case scenario” basis at America’s theme parks, especially given the events of the past few months in cities all over the world, including the terrible shooting at Pulse Night Club in Orlando, in June.

Theme parks and resorts take their guests safety very seriously, and have to monitor every little thing that is perceived as a threat to the safety of the guests and daily operation.

Stay tuned for more from this story.