Rogue One reveals huge behind the scenes look during Star wars Celebration panel! 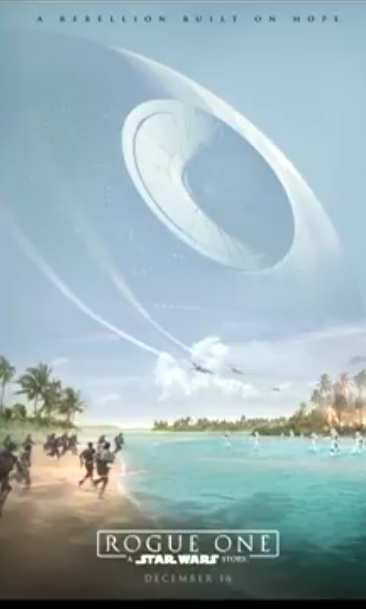 The huge Rogue One panel at Star wars Celebration brought out a ton of new information, including a look at the new poster (above) and some revealing behind the scenes stories.
The new film opens in theaters this December, and takes audiences to a new place, with a familiar story. We see some new characters, and even some familiar ones as well.

The biggest reveal came in a huge behind the scenes video, from the set of the new film, which reveals new characters, creatures and locations. 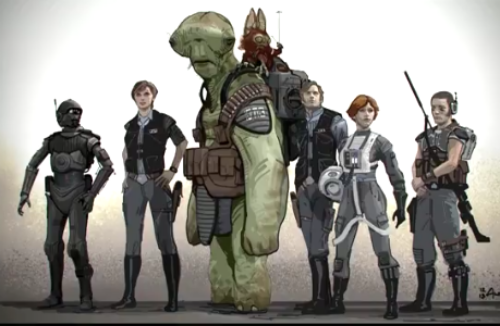 The story originated several years ago, back when a TV show was being planned by George Lucas. The concept for the team was a little different then. Eventually new movie ideas were being pitched, and the story that was created all those years ago stuck.

Some of the highlights of the panel included Ben Mendelsohn, who absolutely owned the crowd as he came out in character, with a tropical of Deathtroopers.

Other moments included the first ever action figure reveal to Felicity Jones. Alan Tudyk revealed that his character, K-2SO is like an “old person” who just speaks his mind.

The biggest reveal cane from the video that showed off tons of new aliens, including Warwick Davis’s character.
One big question was answered, as Gareth Edward’s revealed that James Earl Jones was reprising his role as Darth Vader, or at least the voice.

SDCC 2016: Star Wars Rogue One costumes and displays give hint of what’