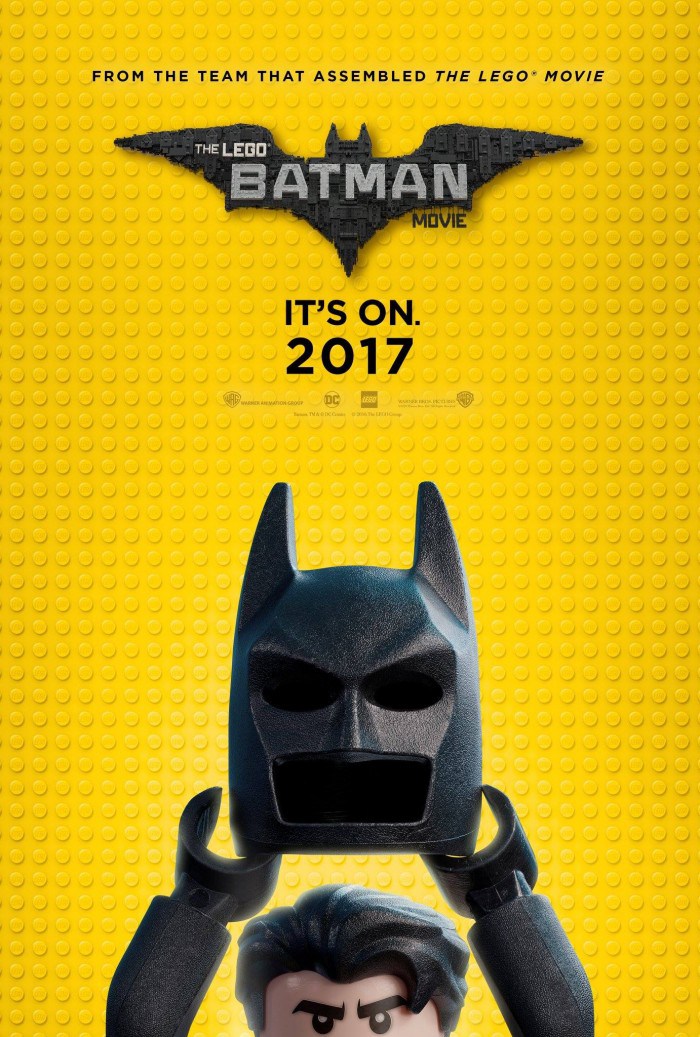 The Dark Knight is assembled in the Comic Con exclusive poster for The Lego Batman Movie. The movie stars Will Arnett as probably the most fun Batman to ever grace the big screen. It’s from the writers and attitude that brought you the Lego Movie, so you can see what tone the movie will most likely take.

The new movie also stars Ralph Fiennes as Alfred, Michael Cera as Robin, Zach Galifinakis as the Joker and a ton more as Batman must learn to work with others in order to save Gotham from the Joker. The movie hits theaters in February of 2017, and will probably have a huge enough impact that Legoland Florida and California will also roll out the character in parks.