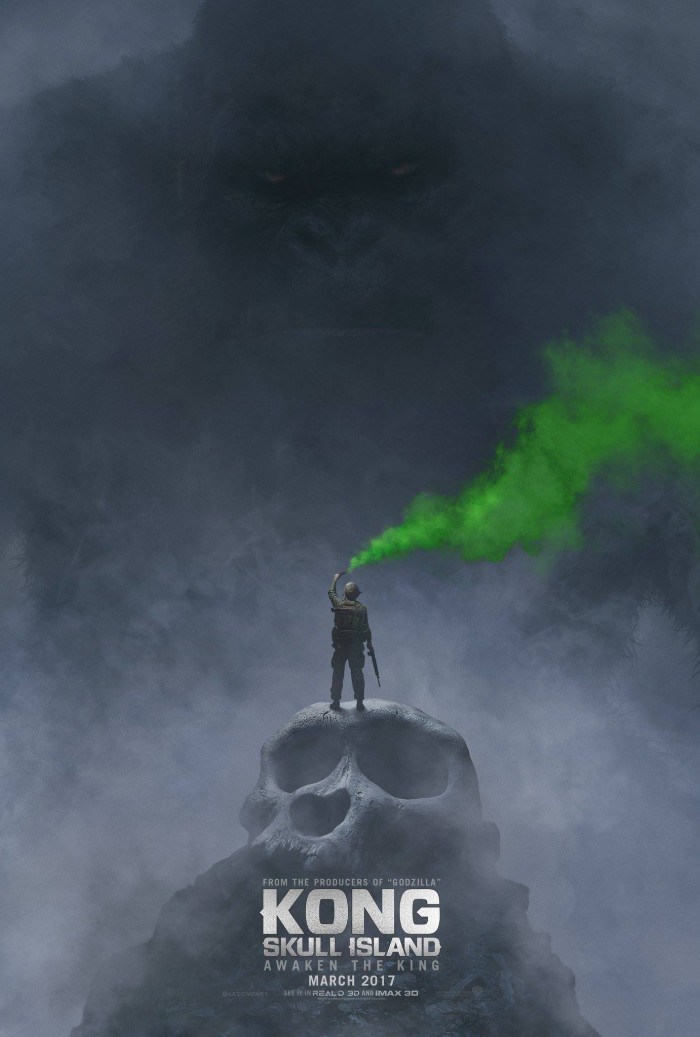 The first poster for Kong: Skull Island has hit, and the timing couldn’t be better. Universal has just officially opened Skull Island: Reign of Kong, and while the two aren’t related, you can bet they’ll get some comparisons.

The new poster comes ahead of the Warner Brothers panel at San Diego Comic Con, which should produce the first trailer as well. The new Kong really brings the same kind of eeriness that the ride does, with fog and a foreboding look at the eighth wonder of the world. The film takes place during the Vietnam War, and sees a group of soldiers on the mythic island.

Meanwhile, Universal Orlando officially opened Reign of Kong at Islands of Adventure last week, and it stands up as one of the best attractions in the park. The new ride mixes 3D screens with motion based technology, and of course a massive Kong animatronic. The queue itself is part of the attraction, which takes you deep into the jungles of Skull Island for a face to face Kongfrontation with the King himself.