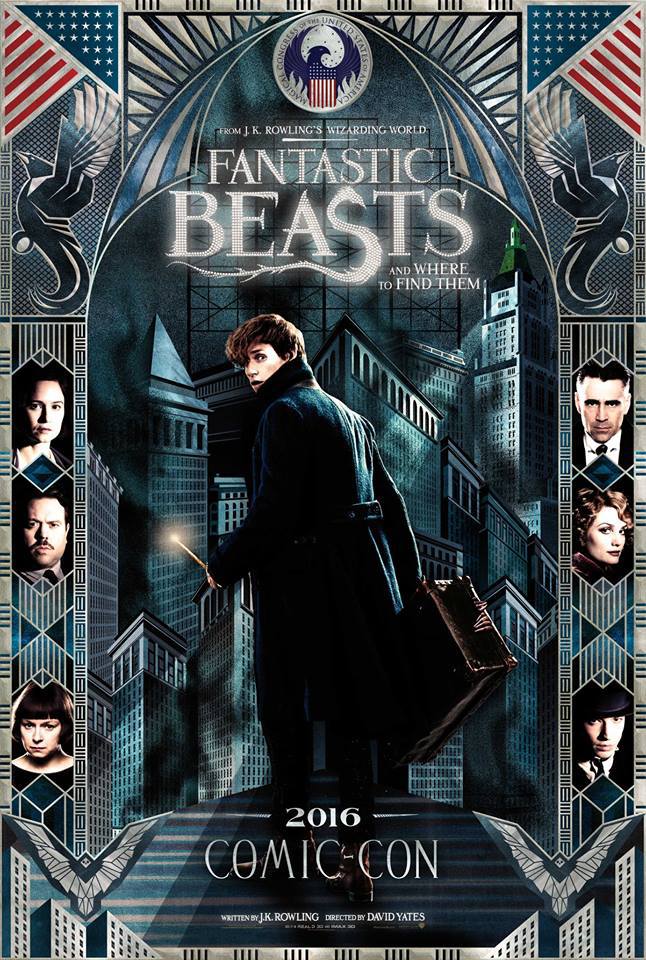 The Wizarding World that Harry Potter helped usher in is getting much bigger…and older than we thought. The new poster for Fantastic Beasts and Where to Find Them from San Diego Comic Con has hit, and it shows off the American Wizarding World. This new film will expand the Wizarding World and take it in a whole new direction.

We’ve already seen Pottermore expand the schools into North America with a look at Ilvermorny, and a sorting ceremony for those houses. This new film is the first in a planned trilogy of films. While it’s not Harry Potter, Newt Scamander promises to be an interesting character with huge adventures all his own.

Perhaps we’ll even see him drift into the New York section of Universal Orlando some time soon?

Universal Studios Hollywood has felt the magic themselves as they opened their first installation of the Wizarding World of Harry Potter. The new land is the biggest expansion to date in the history of the park, and is proving to be quite popular with guests.