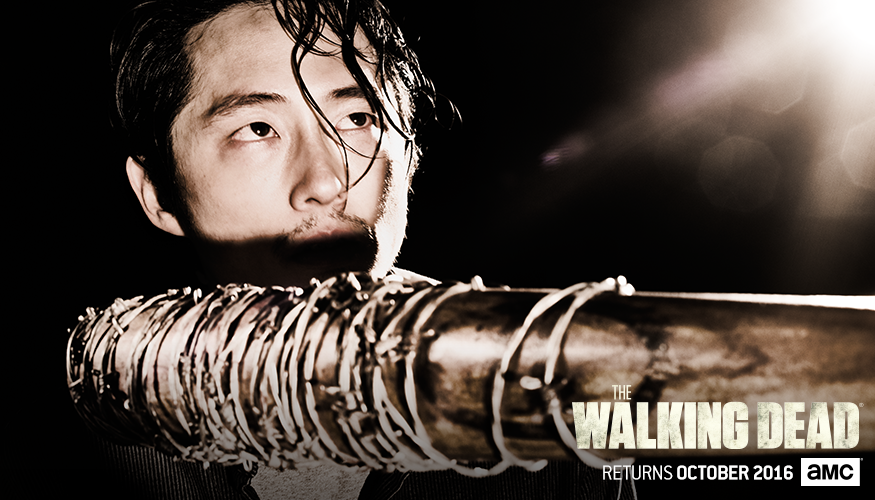 Who gets the holy hell beaten out of them in the next season of The Walking Dead? Well, if you were hoping for answers in the new trailer, you’re not going to get it. The new trailer does an amazing job at giving us a look at Nagens’ World, without revealing anything new about those who we left on their knees in the season six finale.

While we don’t see anything from Glenn, Rick, Darryl, Maggie, Carl, Micchone, or anyone else, we do see tons of new characters like King Ezekiel from the Kingdom, more of Dwight and lots of walkers…oh and we see a tiger too!

The new season of The Walking Dead hits AMC on October 23rd, and we can expect it to pick up right where it left off last year.

The Walking Dead is a massive hit, with an all new year round haunted attraction based on it now open at Universal Studios Hollywood.

The show will also return to Halloween Horror Nights this year at Universal Orlando, with a greatest hits from Seasons 1-6.