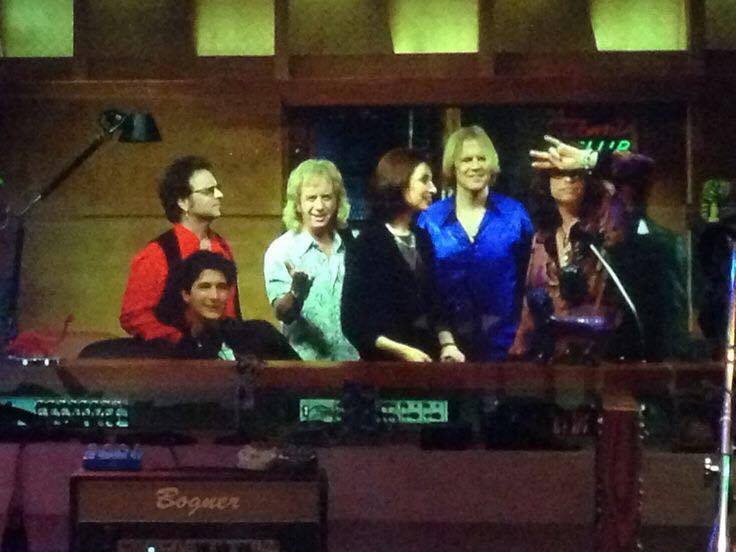 Let’s file this under silly. Rock n Roller Coaster has been around since 1999, that’s 17 full years of Steven Tyler looking into the audience with his hand over his head and saying “Wait a minute…I love that idea”. No big deal, right? Well, we didn’t want to believe it, but apparently Disney has changed that scene, as of today. The picture above shows the queue a few years back. The video below shows the pre-show today.

Apparently Steven Tyler has been flashing a rude gesture on his head for 17 years. Here’s a close up picture of the video above.

The company has digitally inserted another finger. Instead of holding up just three fingers, he now holds up five.
What was the issue? In a word…Shocker.
If you don’t know what Shocker is…we aren’t going to explain it, just be careful if you look it up. It’s definition is NSFW.
We aren’t sure why the change has happened, but we are betting that it has something to do with a parent who realized that the gesture is conceived as dirty, and complained. Keep in mind that this is something that has come about in Internet culture in roughly the last 10 years or so, and the scene was filmed over 17 years ago. Was it intentional? Probably not, but goes to show you that you can offend anyone with anything.

Is it silly? Yes, yes it is. Is it funny? Of course it is. But we couldn’t help but see just how silly it was for ourselves.
That’s your dose of silliness today!

Special thanks to Ben for the video and heads up!

Apparently Steven Tyler himself has weighed in on the change. He doesn’t seem too happy either.

He says “YOU KNOW I WOULD OWN UP TO THIS DOOZIE”, and frankly we believe him. The singer be making a stop in Tampa for his “Out on a Limb” tour.