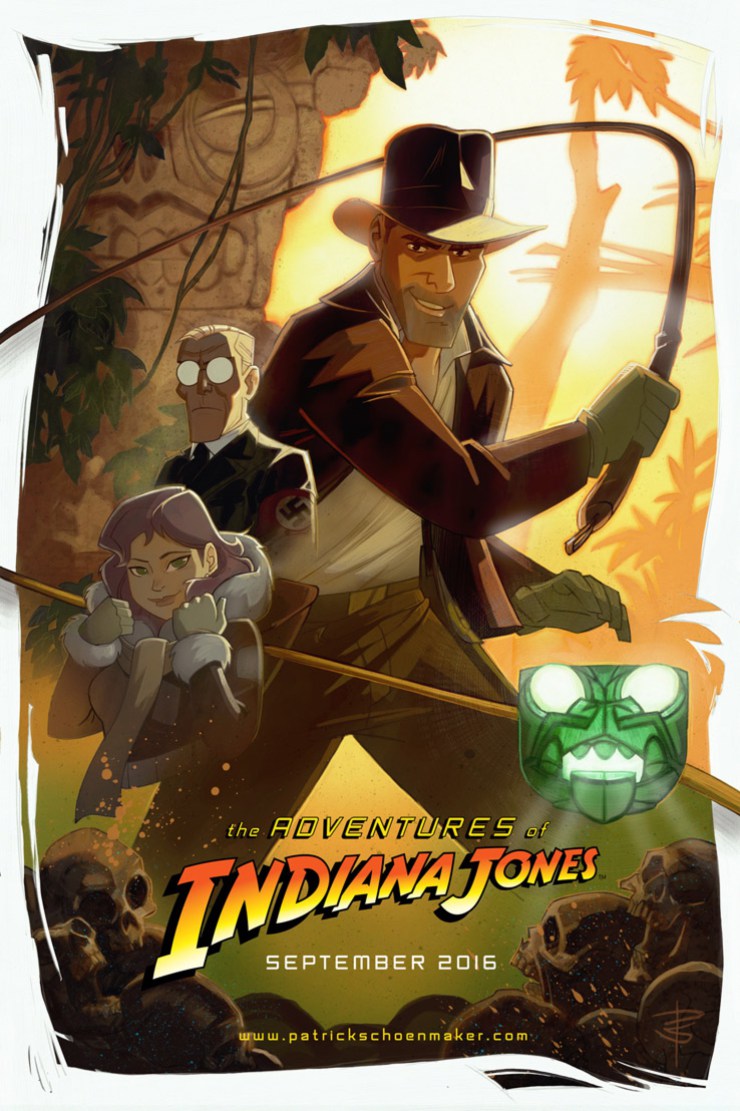 Kingdom of the Crystal Skull wasn’t great. I enjoyed it because it was Indiana Jones, but it wasn’t great. I’m not going to bash it, on the plain fact that it was Indiana Jones. That character has a permanent hold on me, mostly for nostalgic reasons, but it was one of the many building blocks of who I am. A new project that was five years in the making has me waiting nervously on baited breath.

Patrick Schoenmaker was commissioned by Lucasfilm, and ACME Archives to do an animated print featuring the Fedora wearing adventurer, (click here to purchase it). Schoenmaker was a lifelong fan, and wanted to hold on to the character a little longer. A little longer ended up being five years, as he wrote and animated an all new adventure featuring Indiana Jones.  THe new film will be released on his official website on September 29th.

Now the film is not an officially licensed product from Disney or Lucasfilm. It does not have the voices (as far as we know) of any of the original cast. Hell, we don’t even know what it’s about. It’s a fan film. Like all fan films, it is subject to copyright, and the whole thing could be squashed by Disney and Lucasfilm…especially if there’s the chance that it cuts into some of the plans that the companies have for the franchise.

With any luck we will see this stick online for a while, and it will lead to something else. There have already been talks on a fifth film, an expanded universe, and of course more theme park attractions. Does Disney have room for this fresh take on the archaeologist with a whip? We certainly hope so! Hop over to Patrick Schoenmaker’s official website for more stills from the film, and more art featuring Indy and the entire gang!