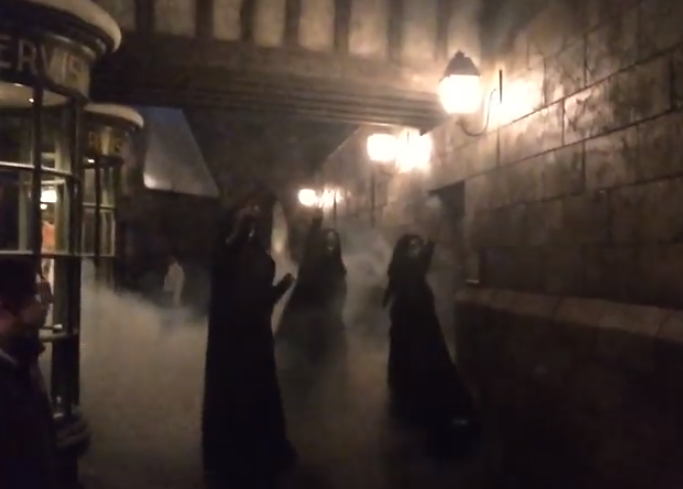 The Wizarding World of Harry Potter at Universal Studios Japan is one of the most popular areas in the entire park. The guests in Japan love lining up for pictures, and will stand in line for hours for the shows. Naturally this year Universal Studios has unveiled the Death Eaters attack for Halloween, and as expected it’s been one of the most difficult shows to see. The area has reached capacity almost every night of the event, and the country has been hit by Monsoons and some very rainy weather.
Luckily our friend, and YouTuber, YukenDoIt had the chance to swing by and catch a glimpse of the Death Eaters.

The Death Eaters not only roam the area, but they also have a pretty amazing and fun show. Unfortunately, rain drives the Death Eaters away, and makes getting a glimpse of them pretty hard.

The cool thing is how the Death Eaters just walk into the area unannounced, and start menacing the crowd. Could this actually work at American Parks? We sure hope so! If Universal Orlando or Hollywood decides to do something like this, we bet it would be part of that long rumored new Halloween event that would be aimed at families.