Every Six Flags park getting new attractions for 2017!

It’s Six Flags Day! The one day a year that fans of the amusement park chain have waited all summer for. While many of the parks are shutting down for 2016, that doesn’t mean that they are resting. For 2017, Six Flags is doubling down with DC Comics characters, 4th Dimension coasters, and more! 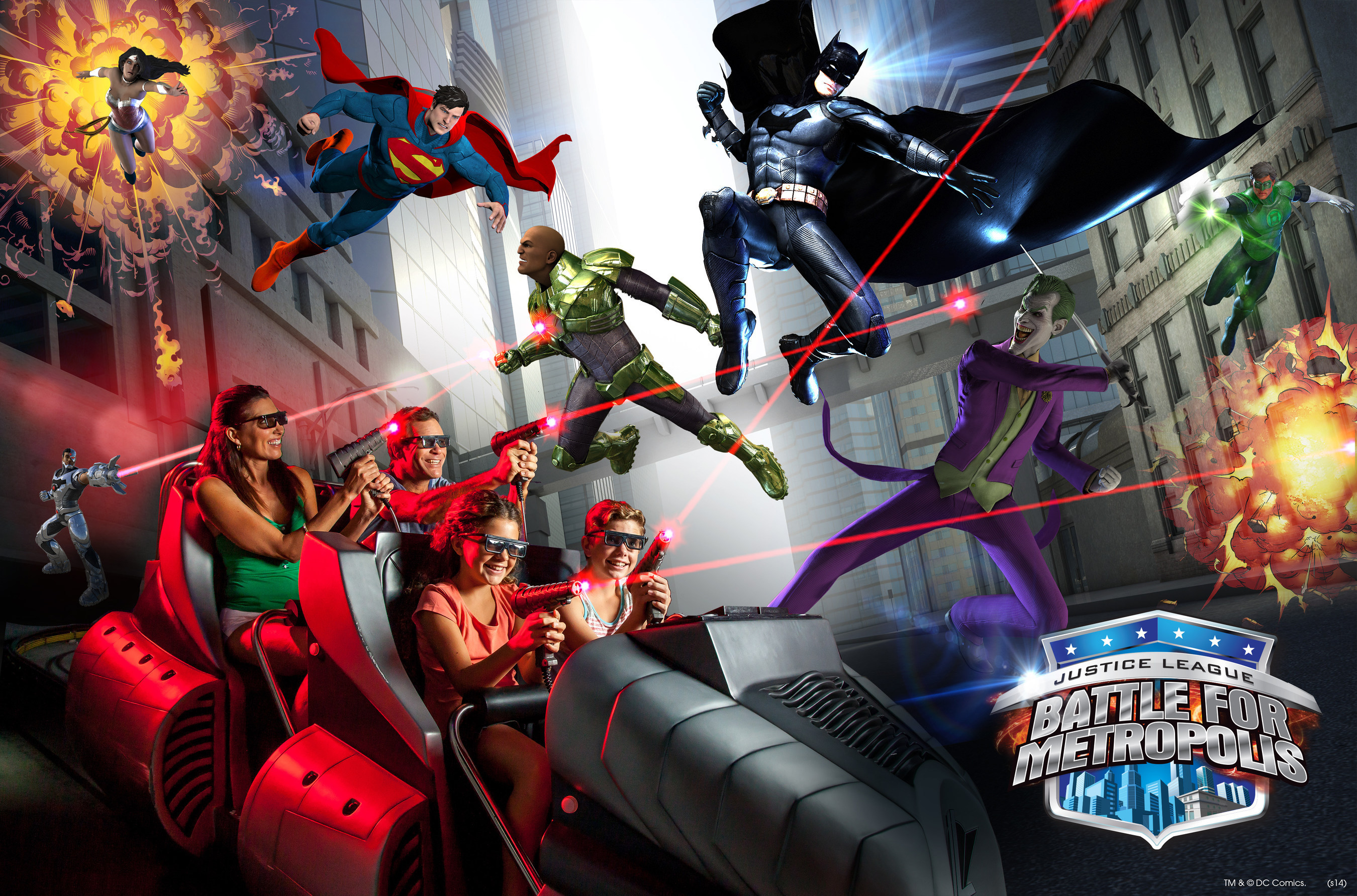 Six Flags Great Adventure, Six Flags Over Georgia and Six Flags Magic Mountain will all add the 4D shooting adventure that pits you against Lex Luthor, The Joker, and more DC bad guys as you join Superman, Batman, Wonder Woman and the Flash in a huge adventure. The timing on this is perfect for the parks, as Justice League is expected to hit theaters in November of 2017. You’ll also see Wonder Woman on the big screen as well, but before then, guests at the three Six Flags Parks can experience the award winning dark ride, which is brought to life by Sally Dark Rides. The new additions joins four other Six Flags parks in the battle, which made it’s debut in 2015. 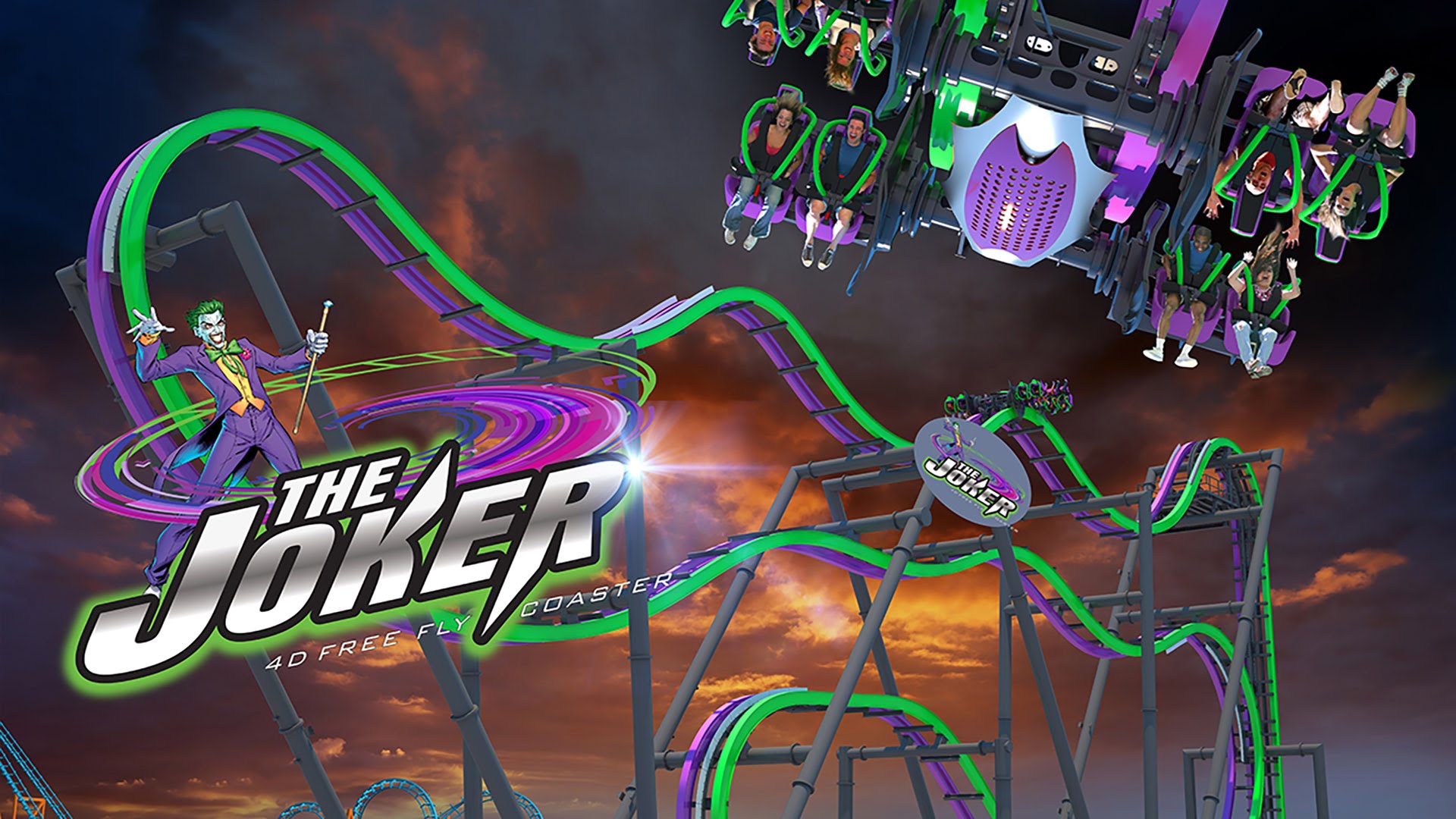 The Joker is taking over at Six Flags Great America, Six Flags Over Texas and Six Flags New England as the 4D coaster will allow guests to fly over the track as they spin out of control. Fourth Dimension Coasters allow riders to zip along a track that gives freefalls, flips and turns, all while sitting in seats that spin freely. The coaster uses a very small footprint to make the coaster more compact, which in turn makes it more intense. The coaster has versions at Six Flags Fiesta Texas and Six Flags Great Adventure.

Wonder Woman will get two distinctly different attractions with the same name. At Six Flags America, Lasso of Truth will be a 242 tall towering swing ride.

At Six Flags Discovery Kingdom, a huge pendulum will take riders 120 degrees, at 147 feet in the air.
Mardi Gras

Taking a queue from Universal Orlando, Six Flags Fiesta Texas and Six Flags Mexico will kick off their own version of Mardi Gras! No major details have been announced, but the event will happen in March and April. It will be interesting to see how close to the real thing Six Flags goes, and if they even go as authentic as Universal.

The Canadian park will introduce Titan. Instead of being a coaster, this monster will ve a huve pendulum ride dtretching 147 feet in the air.
Six Flags St. Louis

An all new Zamperla Disc-O, Spinsanity, will join the park. The giant disc coaster will take guests up a halfpipe, and spin them around.

The park will also add Holiday in the Park, a Christmas event that brings lights and holiday fun. The event will also be introduced to Six Flags America.
Water parks and slides

There will be a number of new water park  attractions as well. The bigger will be an all new water Park, Hurricane Harbor in Mexico. This will be a 67 acre park outside of Six Flags Mexico. It will open in February.

Thunder Rapids will be coming to  Six Flags Fiesta Texas. It will be an all new water coaster that will propel riders over 900 feet of slide in a wild and wet rush of rapids.
At the Great Escape, their water park will add dueling bodyslides called Banzai Pipelines.
2017 will be a big year for the chain, but this is the first time in four years that the chain will not add a Rocky Mountain coaster conversion. The company has become synonymous with the coaster conversions. This year seems a little lackluster, with many parks adding clones. Still, Six Flags is keeping their promise of adding new attractions every year.