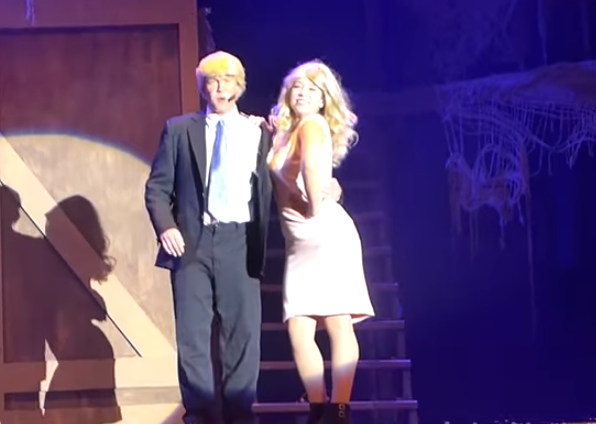 The Hanging. What can we say, it’s always irreverent, silly and unapologetic. We love the antics of the Lawman and the Hangman, as they “murder” the pop culture that needs to be killed. It’s not a show for kids, or the faint of heart. It’s also not a show for those who carry a torch for any political candidate, because this year all bets are off!

Trump? Clinton? WHO CARES! The Hanging treats both parties with the proper amount of respect they deserve…which is to say, none.

Donald Trump has been in the show before, but never as a main character. This year, he kind of deserves it. Before you go getting all offended, realize that the show is a parody, and not an endorsement of either character. Parody shows often use politics to push the envelope, and with an election year, it’s one of the biggest topics in just about every conversation. 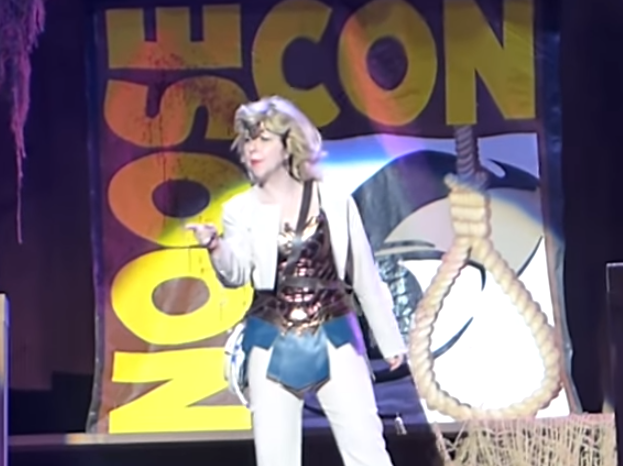 Trump gets bashed for everything from his wifes speech, to his sexist and racist remarks, to even his escape from the Chocolate Factory (I AM NOT AN OOMPA LOOMPA!). Clinton also gets railed, on emails, her husband and tons of other stuff. We imagine her “Shimmy” will be included soon.

While some may get offended, just realize that if the candidates weren’t so damn easy to make fun of, the jokes wouldn’t write themselves.

The Hanging is one of the many different experiences you can have at Knott’s Scary Farm. The event runs on select nights from now until Halloween.