The oldest Halloween Theme Park event in the country has returned from the fog for the 2016 haunt season. Like most other haunts, mazes generally last 2-3 years at the Farm, so today we’re going to take a look at what is NEW for 2016. 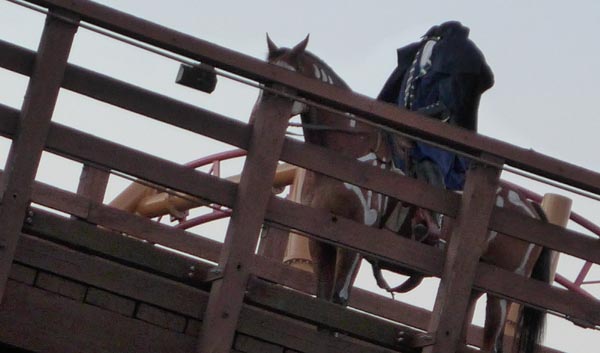 The first major new addition to Scary Farm is the return of the Camp Snoopy to the park and the brand new scare-zone “The Hallow”. 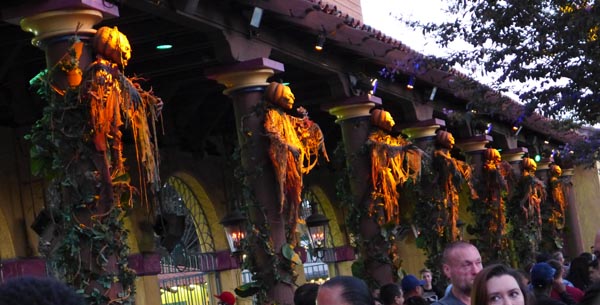 The scare zone itself is pretty simple. Farmers, scare crows, old colonial soliders, a very fall like theme and it works wonderfully as a scare zone and feels like Halloween. 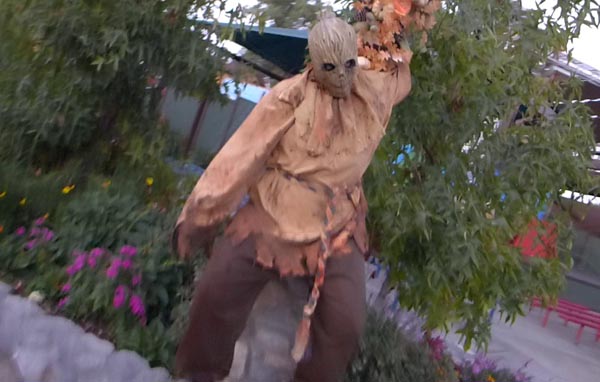 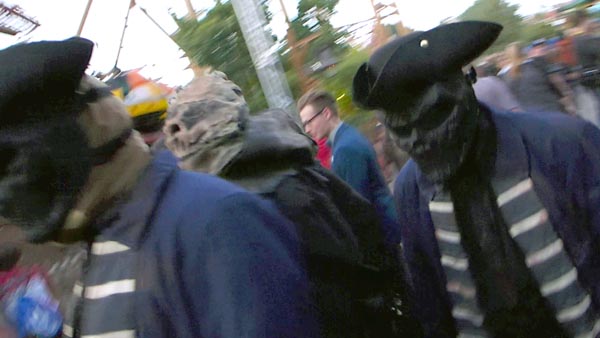 The only issue that I have with this new area is that there is nothing to really drive crowds through Camp Snoopy, such as a tent-pole maze. While I LOVED the scare zone it remained fairly quiet for most of the night in terms of crowds. Having a lot of people walk through the area helps energize the monsters so with minimal crowds the zone doesn’t feel like scare zone much at all. Hopefully next year they can have something driving crowds to that area other than Skeleton Key rooms. Lots of cool concepts at use for this one.

The event also features 3 brand new mazes. Special Ops: Infected, Shadow Lands, and The Red Barn, Starting the Infected… WOW. What an experience. While the theme of infected took place in Camp Snoopy in years prior (as if the theme park was being over run by zombies), this year’s entry features an entire city scape built back stage and it’s absolutely stunning. The production value is strong enough that it could be used as a standard walk-through, let a long zombie shooting experience. Also improved is the queing system. No longer required are the special return time tickets that were pointless in years past. The whole experience has been streamlined to allow the maximum amount of people through at a time while still giving them a genuinely fun, somewhat intimate zombie killing experience.

The next new maze can be found directly next to Infected in the former location of Pinocchio Unstrung, called The Red Barn. I found the red barn to be rather enjoyable. It feels like an old school Knott’s Scary Farm maze with gore galore and a very basic story line. You come across a Red Barn and end up discovering some not so pleasant things have been taking place inside. For the most night it had a very short line since the actual maze does not have a facade. The structure it is housed in, is a red barn that serves as the thematic exterior for the attraction. In concept I love that idea, though I am not sure if it comes through as well in execution as lots of guests were walking past the maze wondering what it was without going in. I think a “weenie” of some sort would do this maze a lot of good.

The last new maze is Shadow Lands, which is an amazing effort by Knott’s Scary Farm. The story follows a samurai who died disgracefully in the battlefield during the feudal Japan. He’s come back from the dead to seek revenge on those who disgraced him and his family. Talk about high concept! Not only is this maze very other there in terms of story, but it’s also one of the most visually stunning and authentic mazes I personally believe we’ve ever seen produced by Knott’s Scary Farm. HUGE credit to designer Jon Cooke on this one. It’s a must do if you plan on visiting.

For shows we were only able to see The  Hanging before leaving the park, and I did enjoy the Hanging this year. Story wise, it was another solid effort. My only real complaint (if this is a valid complaint) is that it was light on the super-offensive jokes seen in years past. Disney bashing, and dead celebrity jokes (horrible to say I know) especially. For a show called Finding Gory I definitely came in expecting lots of Disney jokes, especially from some recently announced changes to certain beloved attractions that were ripe for hanging content. Over the years either the Hanging works for you or it doesn’t. If you are someone who goes just for this show then I personally believe you won’t be disappointed. Check out the entire show below!

That does it for what’s NEW this year! Knott’s has put together yet another wonderful Halloween event that fans would really enjoy. That does it for this look, be sure to check back next week as we take a look at the returning mazes for 2016.