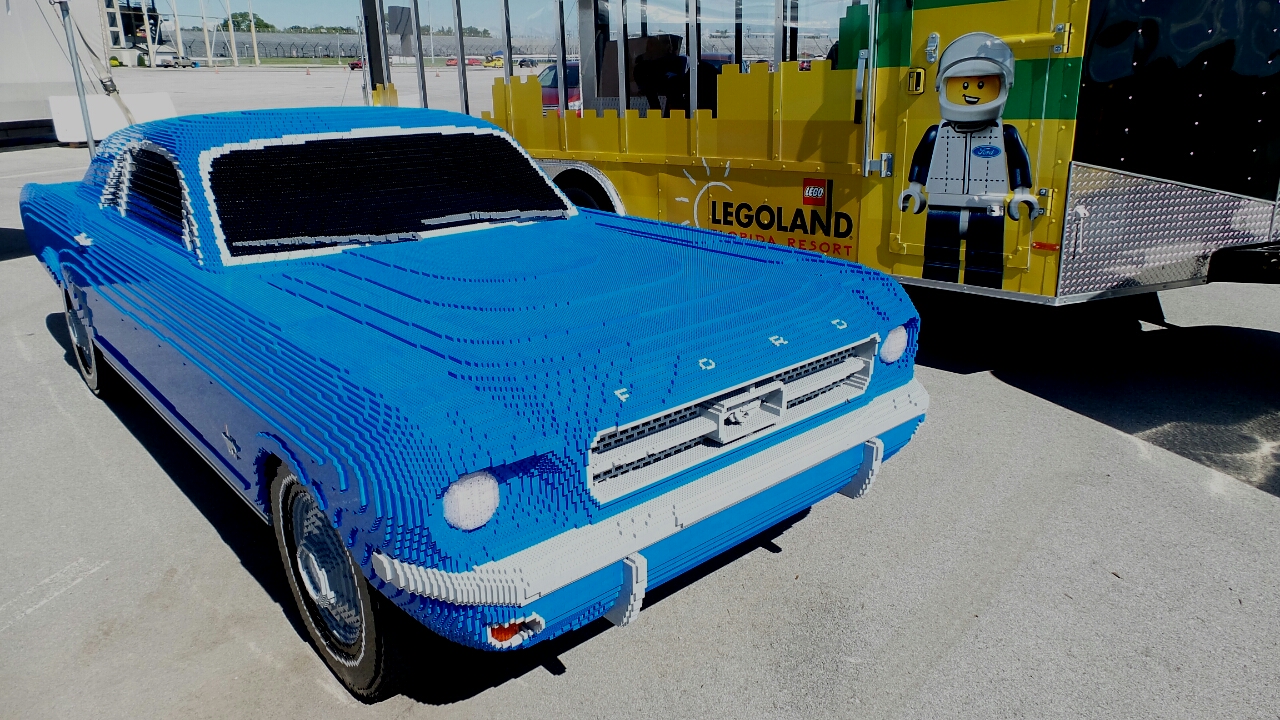 When Legoland Florida does a new model, they do it BIG! Meet #BrickPony, the all new Lego Ford Mustang that will be heading to Legoland Florida this fall. The all new model is a full scale replica of the classic 1964 Mustang. Mustang is an American Icon, and you’ll be able to see the new model based on the legend later this year.

Video-Check out Brick Pony being assembled in this awesome time lapse!

The model was built by veteran Lego Master Builders at LEGO Systems, Inc. in Enfield, Conn. The model took over 1200 hours to build, and used thousands of Lego Bricks. How many exactly? Legoland isn’t telling, instead they want you to guess and win a trip to Legoland Florida, when you stop by the Legoland Florida booth on it’s many tour stops.

The model also weighs about 1,270 lbs, is over fifteen feet long, and is nearly six feet wide. It’s also over four feet tall, and unlike other full size replicas, Brick Pony has real engine sounds under the hood, and flashing lights with a working horn.

The model made it’s official debut over the weekend at the Indianapolis Speedway, where it lead a procession of real life Mustangs for the 40th anniversary of the Mustang Motor Club. The car was seen by racing legend Kyle Petty, among others, who signed the car.

When can you expect to see #BrickPony? Follow along the official Legoland Florida Instagram, Twitter and Facebook accounts for the latest tour stops. When the tour finally ends at Legoland Florida, #BrickPony will replace the Ford Explorer that currently sits outside of Driving School in the park. The park will be celebrating it’s 5th anniversary this October in a big way, so make sure to stay tuned!
Update!

Lego and Florida has confirmed that BrickPony has 194,900 Lego and Duplo bricks. That’s a lot of bricks!