Tower of Terror sign coming off of ride at Disneyland 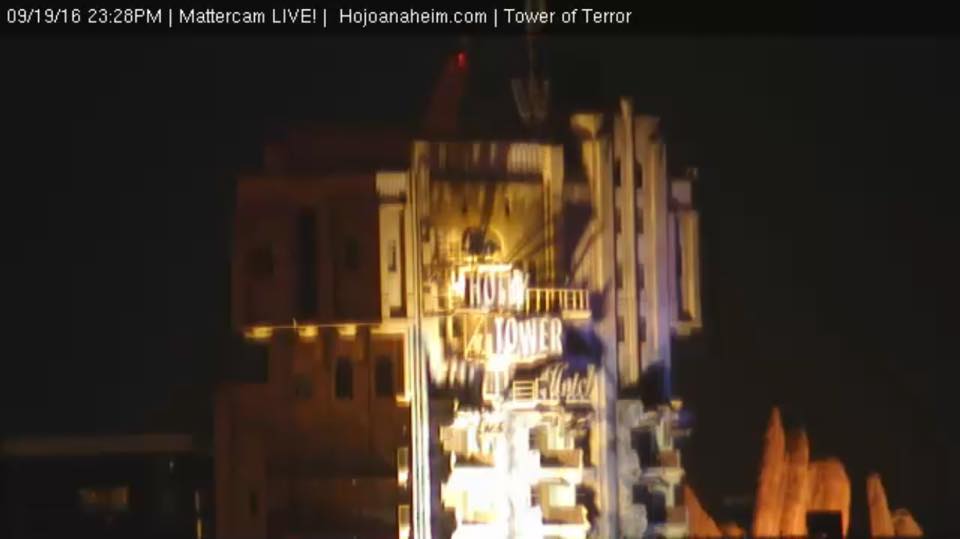 Pictures taken from the Mattercam late last night show off the Tower of Terror sign being removed from the ride. In case you haven’t heard, the California version of the ride is being transformed into Guardians of the Galaxy: Mission Breakout. The new ride will do away with the Twilight Zone theme, and instead see you save the Guardians as they are being “collected” by The Collector. The ride itself will remain essentially the same, with the exception of having a new random drop sequence, and themeing. 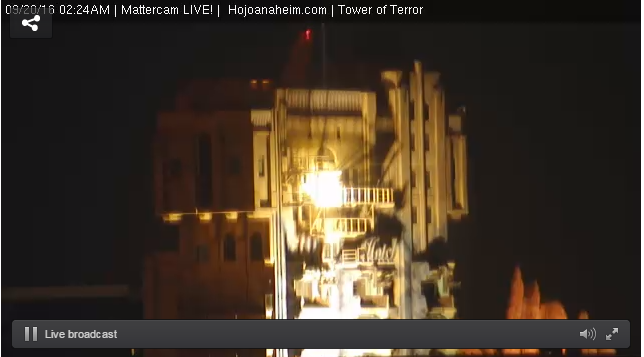 As you can see in the picture above, the Hollywood portion of the sign was being removed. As of the last update, the camera showed that only the “Hotel” portion of the sign had remained. The ride will be closed permanently on January 2nd, 2017. Currently you can do an “Early Check Out”, after dark at Disneyland. The new experience has you riding completely in the dark, with no show lighting. It is an unnerving experience to say the least.

The Guardians version of the ride is scheduled to open in conjunction with Guardians of the Galaxy Vol. 2, which hits theaters May 5th, 2017.

Special thanks to our friends at TPA for the heads up.