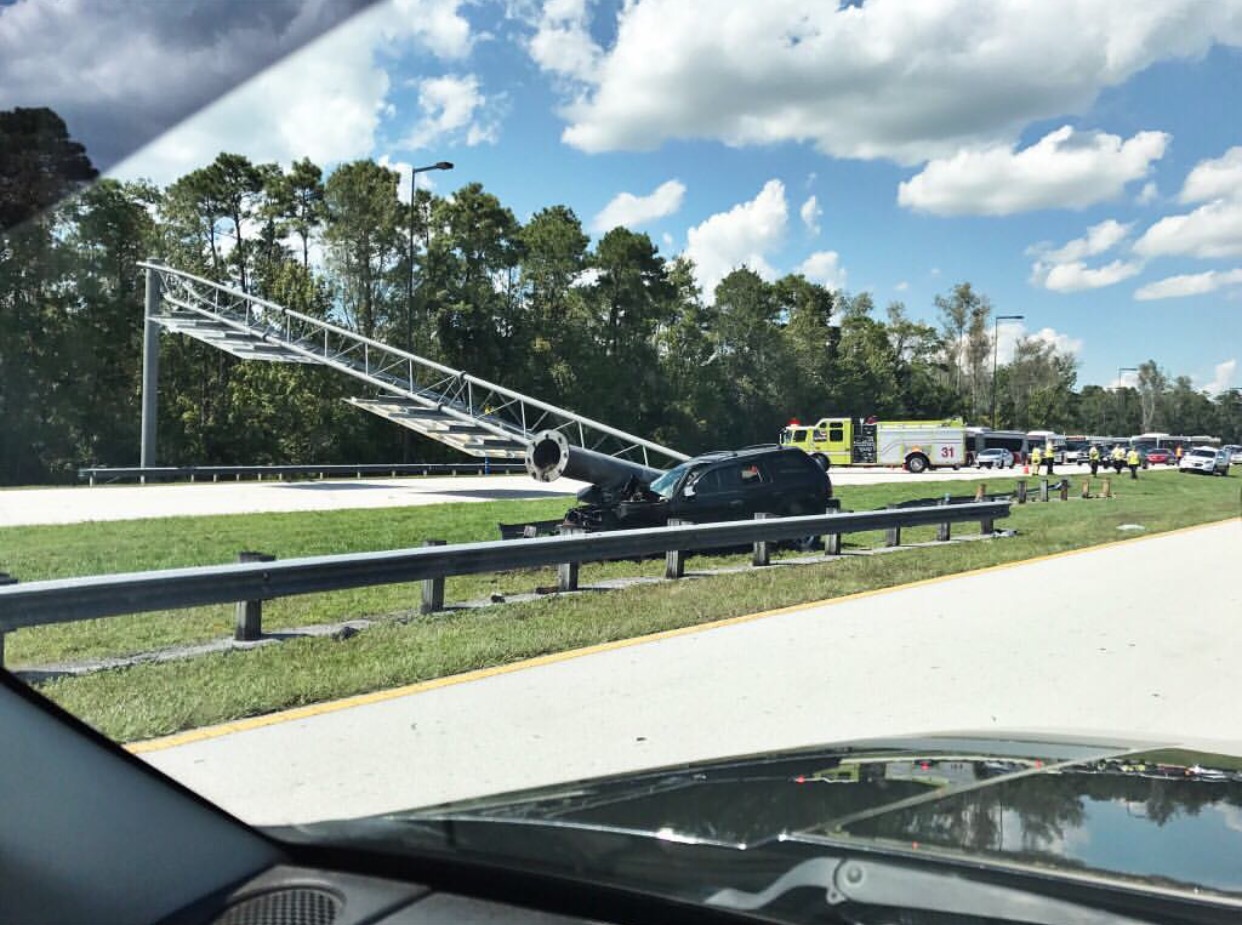 It was a rough day for Walt Disney World guests and transportation. Late Saturday afternoon an SUV in the resort smashed into a sign pole, bringing down the sign and forcing World Drive to be shut down for several hours while crews worked to remove the sign.

There were no serious injuries immediately reported.
If that wasn’t enough, busses from Epcot were put under huge work loads as the Epcot Monorail line was shut down. It’s not clear why the monorails were shut down, but Epcot was seeing huge crowds because of The International Food and Wine Festival.

Naturally with more busses in service, more problems happen with the fleet, as more than a few of the fleet went down. As of publishing, World Drive was still closed andvtraffic was being rerouted.