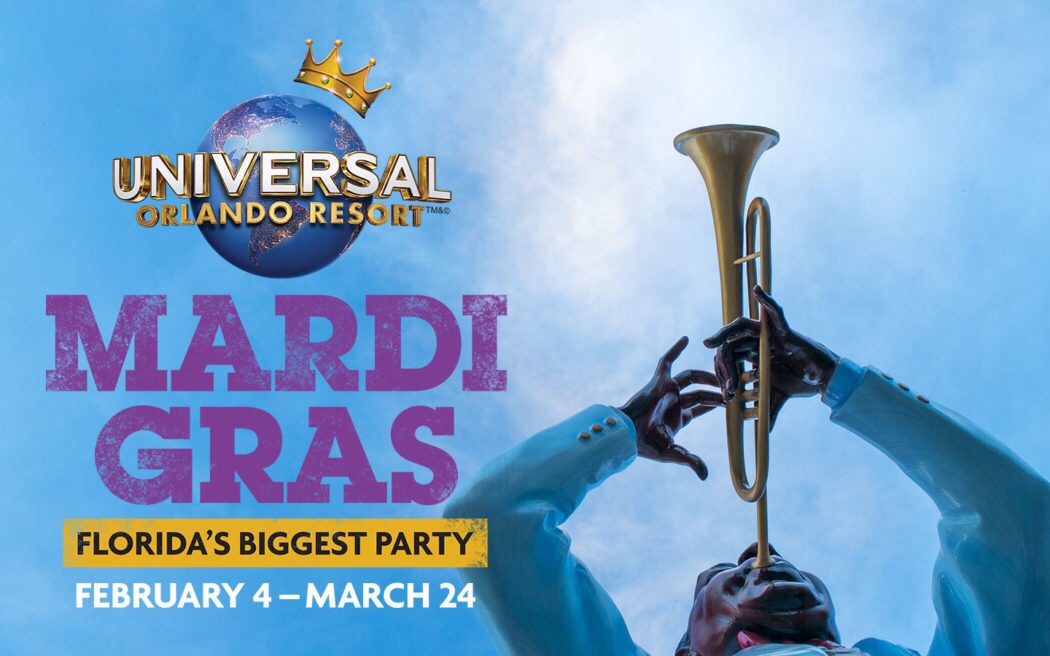 Universal Orlando’s Mardi Gras is normally an endurance test from February until mid April. The big event usually only happens on the weekends and includes major characters, performances and of course a huge parade. In 2017 Universal is shaking things up a bit with a bit of a surprise. Mardi Gras will happen every day. But there’s a catch.
Universal made the announcement today that they will run the event daily from February 4th until March 24th. That means that every single day, you’ll be able to interact with characters, eat great New Orleans inspired food and catch beads during the huge parade. An every night event is an amazing addition. However, it means less of the event. Instead of going until April, it will end at the end of March. That’s not an bad thing by any means. The events usually get crowded on the weekends with the concerts being the major draw.

The huge concerts will still happen, but only on 12 of the 49 nights. The concerts will still happen on select nights, after the parades. Now, not only will you have more chances to see the parades, but also the chance to catch more beads.
The concert line up will be announced in January. With a shorter run, but more nights there could be even more surprises in 2017 at Universal Orlando.
Stay tuned for more from Universal, and be sure to get social with us on Facebook and follow along with us on Twitter @BehindThrills for the latest updates!