It’s that time of year again, the time of year when leaves change colors, it gets a little cooler, and oh ghosts walk around your neighborhood. Of course I’m talking about Halloween, where there are haunted houses and trick or treaters galore. As some In America it’s a tradition, almost going back to the founding of our small country, but in the land of the Rising sun, Japan, it’s actually only nineteen years old! It’s the newest holiday in Japan! As an American living in Japan, Halloween was really a big deal. While the holiday has origins a little further from our own, it certainly has a lot of similarities to ours. But there are several questions out there- Who brought Halloween to Japan? Why did it start? Let’s find out together as we learn five things about the history of Halloween in Japan.

Before we break it down, check out this very cool video that details everything about Halloween in Japan! 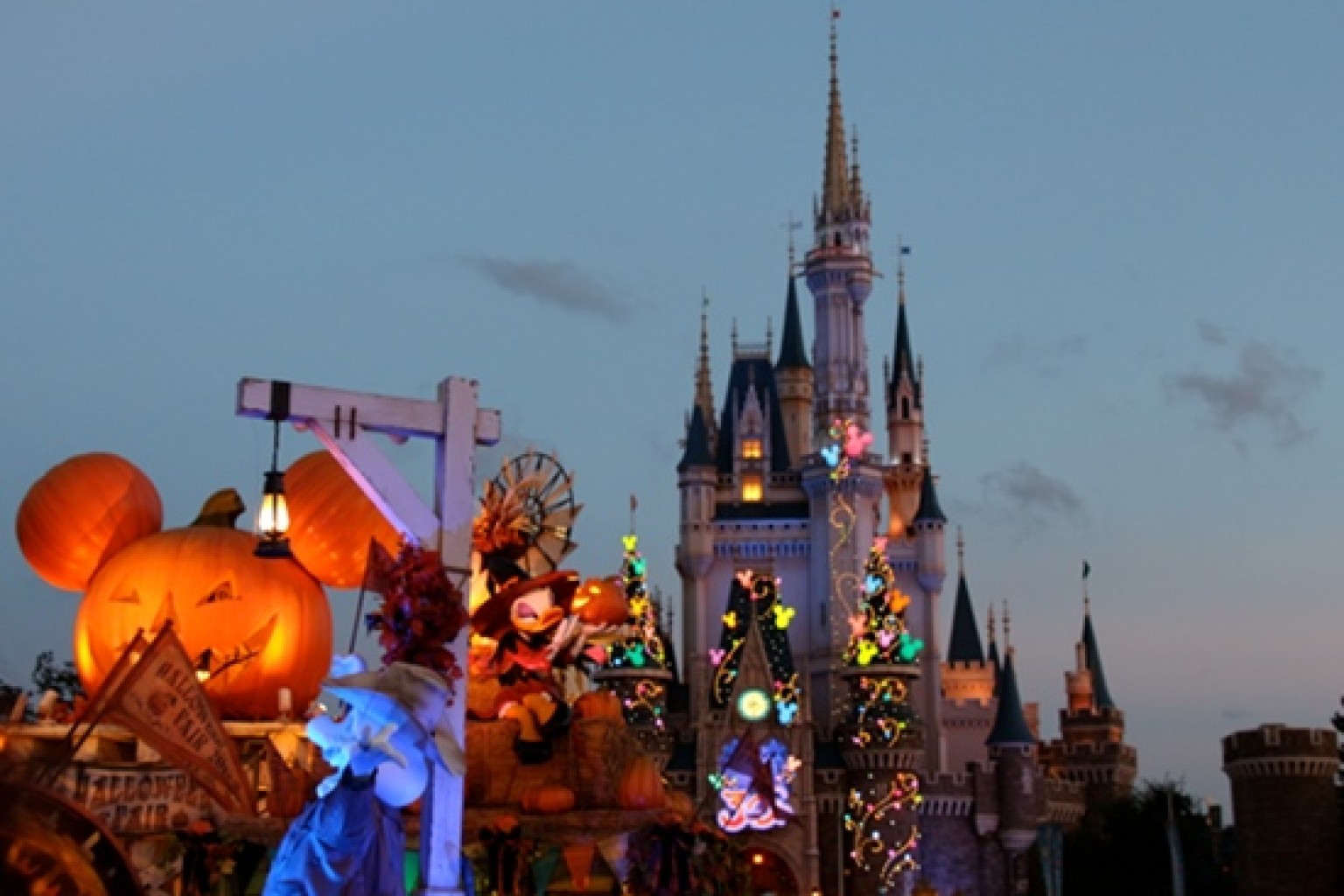 1. Disney brought Halloween to Japan?
It’s amazing to say that the house of mouse brought Halloween to Japan, but it’s true. Of course foreigners who lived in Japan would talk about it. Disney was the first to have a Halloween Parade and Party in 1997 at Tokyo Disneyland. The holiday is celebrated at Disney with guests dressing up as Disney characters. In fact, if you dress up as something else, you won’t be allowed into the park! Universal Studios Japan continued this trend in 2002 with Hollywood Halloween, featuring Beetlejuice learning about Halloween and playing Dance Dance Revolution. It’s as strange as it sounds. Now Japan celebrates with Halloween Horror Nights, and some of the most elaborate cosplayers this side of comic con! This trend continued throughout the years with stores noticing the increased sales of Halloween products. Naturally, the trend is only growing!

2.Japan has a similar holiday already to Halloween.
In America, our ancestors brought their ghosts and celebrations over from Ireland, Germany and other parts of Europe. The holiday has morphed from the religious, and superstitious holiday rooted in Paganism, to the massive party it is today. In Japan August is the month of the Obon festival. This is where the dead return back to where they are buried. During this time many people go to clean the graves of the traveling spirits as and angry Japanese ghost is not something that you want. They even have their own versions of demons, and ghosts that get angry and make your life hell. During this time you will usually see haunted houses popping up in the major cities as well, as people challenge themselves to go to scary places at night. 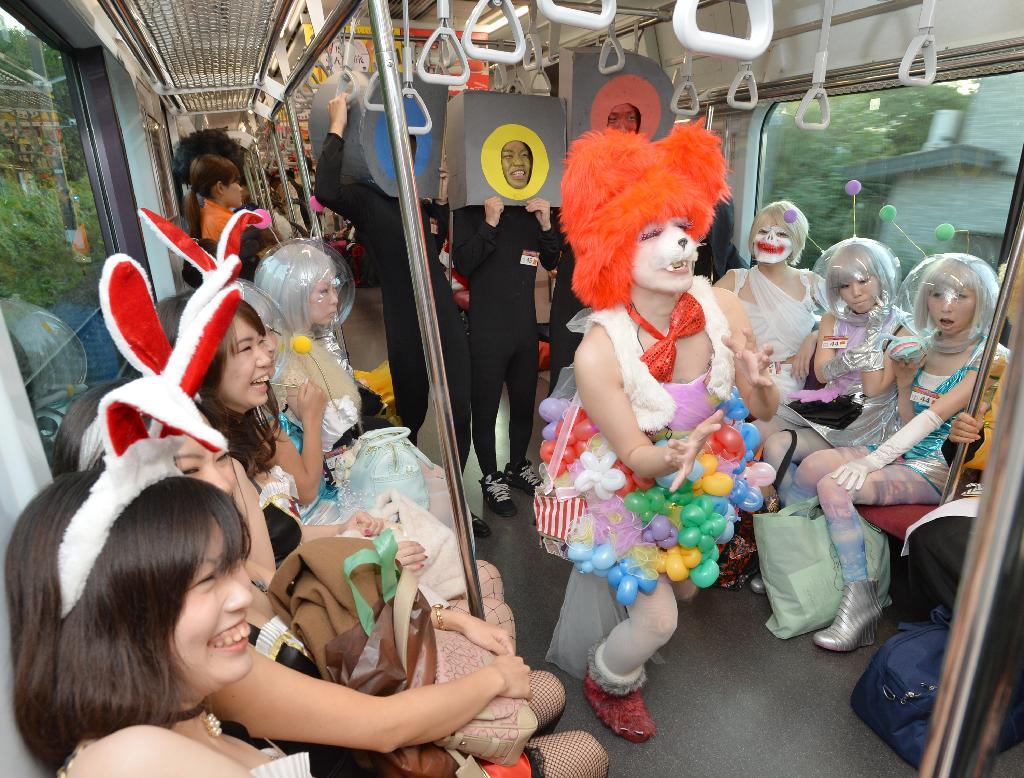 3.People have TRAIN parties.
In Tokyo it is very very popular on Halloween to have mobile parties on the train line. Last year there was even a fashion show on a moving train. But if you know anything about Japan you might have heard that they don’t like tardiness. Sometimes these parties get a little out of hand and cause trains to be late and cause people to miss their stops.

4. Japan doesn’t want Halloween!
In 2009, in Tokyo there was a huge protest against Halloween and the celebration of the holiday in Japan. Many partiers were at a loss when they went dressed up to a train party only to find tons of protesters saying that Japan doesn’t want halloween and that they should all go back to where they came from. The problems actually ran a little deeper than just the younger generations celebrating Halloween, as there was a definite Anti-foreigner (American) sentiment to it. Unfortunately, we get the same kinds of protests and angers in America, as many “Christians” think that Halloween invokes the Devil, and infringes on religion. 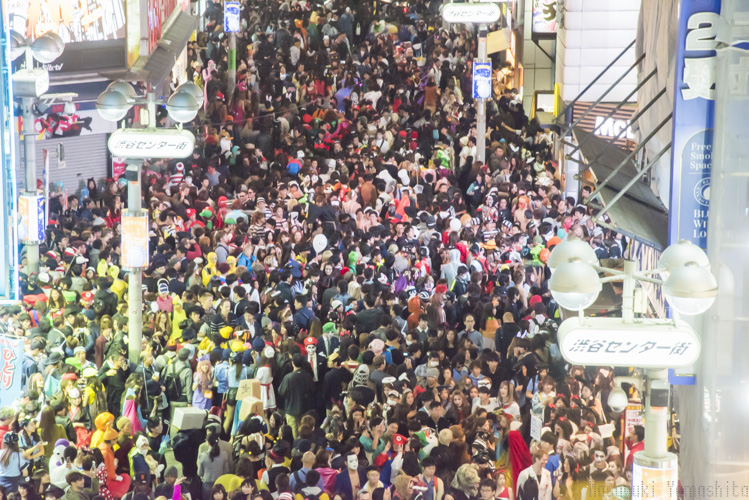 Halloween in Japan is huge now. This year at Shibuya crossing, the busiest street crossing in the world, the city of Tokyo has deemed it a party area. Meaning no cars will be going through this heavily trafficked area. Halloween is growing year by year out here, with Disney and Universal Studios leading the biggest events. More smaller events happen as well, with haunted houses spreading like wildfire. While Halloween in Japan isn’t as steeped in tradition and superstition as Halloween in America, they are certainly grasping the best parts of it. Everyone loves a great party, and Japan is no exception!

Special Thanks to our friend Scott (YukenDoIt on YouTube) for the awesome Halloween stories from Japan!

TAGHalloween 2016 Halloween in Japan Tokyo Disneyland Universal Japan
Previous PostThe Exorcist at Halloween Horror Nights: Three different takes on a Horror Classic Next PostSorry Texas, Florida cares about our pools as much as you do