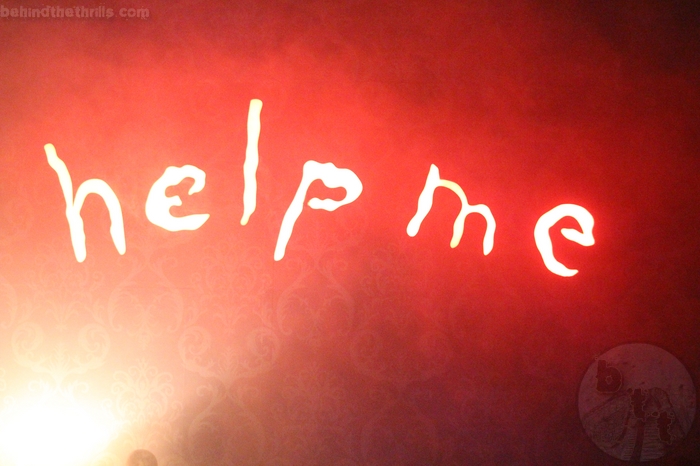 If memory serves me, this is the first time ever in the history of Halloween Horror Nights that Universal is using the same property at three of their parks. It’s also a very big deal, because that property and maze is one of the most iconic horror films of all time. We are talking, of course, about The Exorcist. Three of the four Halloween Horror Nights events are using the horror movie as the backdrop for a house this year. We are very fortunate to have differing viewpoints from all three Exorcist houses. The film is one of the biggest horror icons in movie history. So, how does Universal translate it from the big screen and to larger than life houses? We’ll take you through each one as the power compels us! 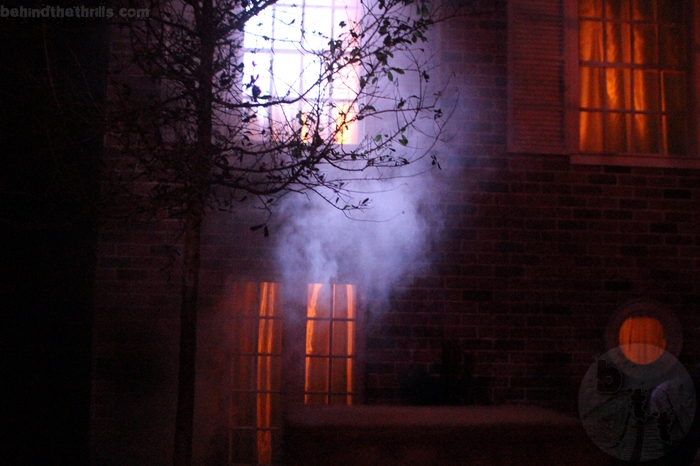 Orlando goes through the Exorcist one piece at a time. How else can you do a house based on a film where most of the scary stuff happens in one bedroom? They have all the iconic pieces here, and where it hits hardest is when the story is out of hope. Reagan is just about dead, and there’s no hope of salvation… 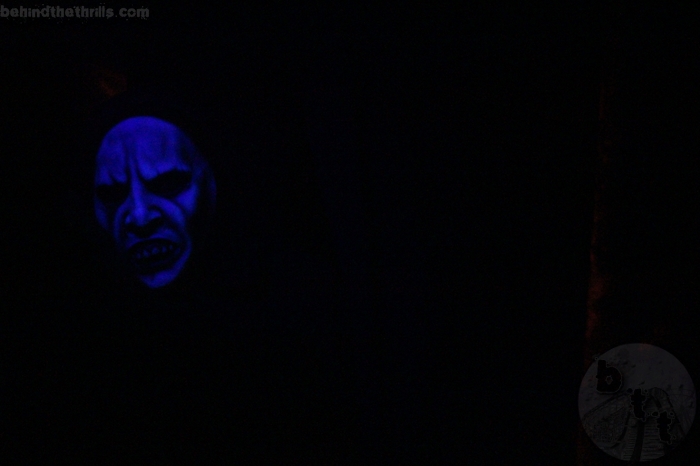 There are glimpses of the second film, and some shots of the most iconic scenes. After all, that’s what audiences want to see most. They want to see the head spinning, they want to smell that pea soup and get the vomit effect. Universal Orlando delivers it without diving too much into the story, and trying to immerse you completely. You get what you want, the best of the Exorcist.

Of course, being an actual working movie lot has it’s advantages. The biggest one here is that you get more of the Exorcist story fleshed out. You see more characters interacting with guests and everything just seems a lot bigger.

While we hate to play favorites, the Hollywood version just seems to have more going for it. They immerse you in the story more, by putting you alongside the characters. There are more animatronics, and more big scares here than in Orlando. While both are amazing interpretations, Hollywood just seems to go bigger. Finally, in Japan we have the Exorcist at Universal Studios Japan. This has got to be one of the most elaborate haunted houses ever. In Japan, you not only go through the film, The Exorcist…you are the Exorcist. First, the biggest difference is that you are not going through in a line, you are spilt into groups about 6-7 people per group and given a rope that you must hold onto for the entire experience. Keep this in mind.
The grouper opens the door to the house and you wander into what looks like a quaint hallway. Covered in family pictures and a couple shots of Reagan, the young girl in the movie (the one that gets possessed). At the end of the Hallway a picture drops down to reveal the demon, “Captain Howdy”. The next room you are in the room where, to a credit to the designers of the haunt, recreated all the weird art that Regan works on in the movie. They even have that bright strange flying dinosaur thing that’s in the movie. The attention to detail in this room is great! They also have the Ouija board that contacts the main antagonist in the movie. In this room a giant window cracks to see a projected image of the demon. It’s breaking into our world. You head down another hallway the pictures are cute still of family portraits. And you wander into, if this doesn’t sound creepy stop me, Regan’s bedroom. There is an actor in the bed with a Reagan in pain mask on. She struggles as the bed moves and a desk juts out at you as the demon is slowly taking over her. At this point you might notice that the house is almost just creating mood, IT’S SLOW BURNING YOU. “Slow burning” meaning, it’s giving you little by little so you can hit you hard at the end.
The house uses some of the same old tricks that the other two versions do, but this one goes a step further by having you walk through the same area of the film again and again.The repetition of these hallways really make you feel trapped in this house and in your own personal hell.
The next room has the another animatronic doing the classic 360 head turn and then once again, again, again, the hallways beckon you back in. A Reagan pops out from behind you as you are literally pushed by her down the hallway. At the end of the hallway there is I guess you could say, Japanese equivalent of Max Von Sydow, the lead Exorcist in the movie. He looks at the group hands you holy water in a plastic bottle and says you have to go in. She is in there, don’t listen to what she says no matter what. You open the door, and you walk into the most ICONIC scene in the movie. Reagan is tied to the bed, you have the holy water. When you went into the house you thought that this was called the Exorcist, but this name is also a title given to someone who does the job. At this moment it clicks, YOU ARE THE EXORCIST. Even though it’s Japan and the translation doesn’t make any sense. I shouted out “The power of Christ compels you.” As the person in the group doused the scareactor in the bed with the holy water. Instantly, disgusting sound is heard coming from Reagan as she pukes directly on whomever cast the holy water on her. It’s gross, but it’s freaking amazing.
After drying yourself off and making it into the next room you are back in the hallway again, but everything is coated in puke. As you turn corners of the hallway you might notice Reagan bashing the walls behind you forcing you forward. At the end of the hallway there’s a dark room, where a Reagan on a bungie cord flys out at you. A great last scare. You head to the exit there’s a sign saying this is the end please put the rope and holy water in the box. As you do that, laughing and talking to your fellow members of your party saying how intense that house was, the sign drops and Reagan busts out of it for one last scare.

Where the other versions of this house has you go through the story, in Japan you become part of the story as you have a very good chance of being the Exorcist. The way that they create the mood and the feel of the story leads up to something great, just like in the movie. While all three versions are great, and give you what you want from the Exorcist, only Japan takes it that step further.

Sure, there’s a bit that doesn’t happen in the film, and they definitely use some artistic license, but they get everything right that needs to be gotten right, especially that feeling of dread that you get from watching the films.

TAGHalloween 2016 HHN 26 HHN Hollywood HHN Japan HHN Orlando
Previous PostLearning from the Halloween Tree at Disneyland Next PostHalloween in Japan-How Disney created the holiday, plus other fun Halloween facts about the land of The Rising Sun!