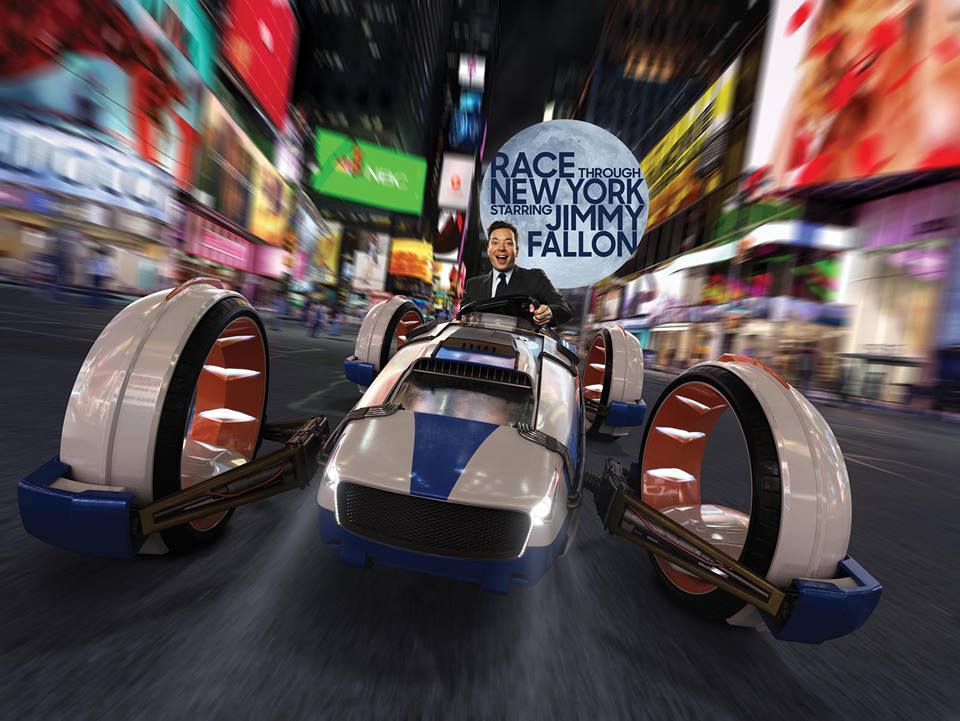 Last week, Universal released the first promotional image for Jimmy Fallon’s new ride, Race Through New York. It showed a souped up new vehicle, with Fallon at the wheel. It gave a little bit of a look at the world that we can expect to see. Now, Universal is back at it with a huge tease on the new attraction.

Soon…how soon is soon? We’re going to say that we can expect to see an announcement early next week, right after Halloween Horror Nights ends. The ride will be housed in the same location that had Twister-Ride it Out. That attraction wasn’t a ride, as much as it was a show. While many say they miss it, towards the last few years it rarely had a line. Now, at least with Fallon, the ride will match the New York setting of the area.

Rumors have the ride almost ready for technical rehearsals, with a very early 2017 opening. This is huge for Universal, as they’ve had a bit of bad luck with their last two attraction openings. Both Reign of Kong and Hulk had huge delays earlier this year. Let’s hope the rumors are right, and we can get a good look at this attraction very soon.