Details released for Pandora-World of Avatar at Animal Kingdom 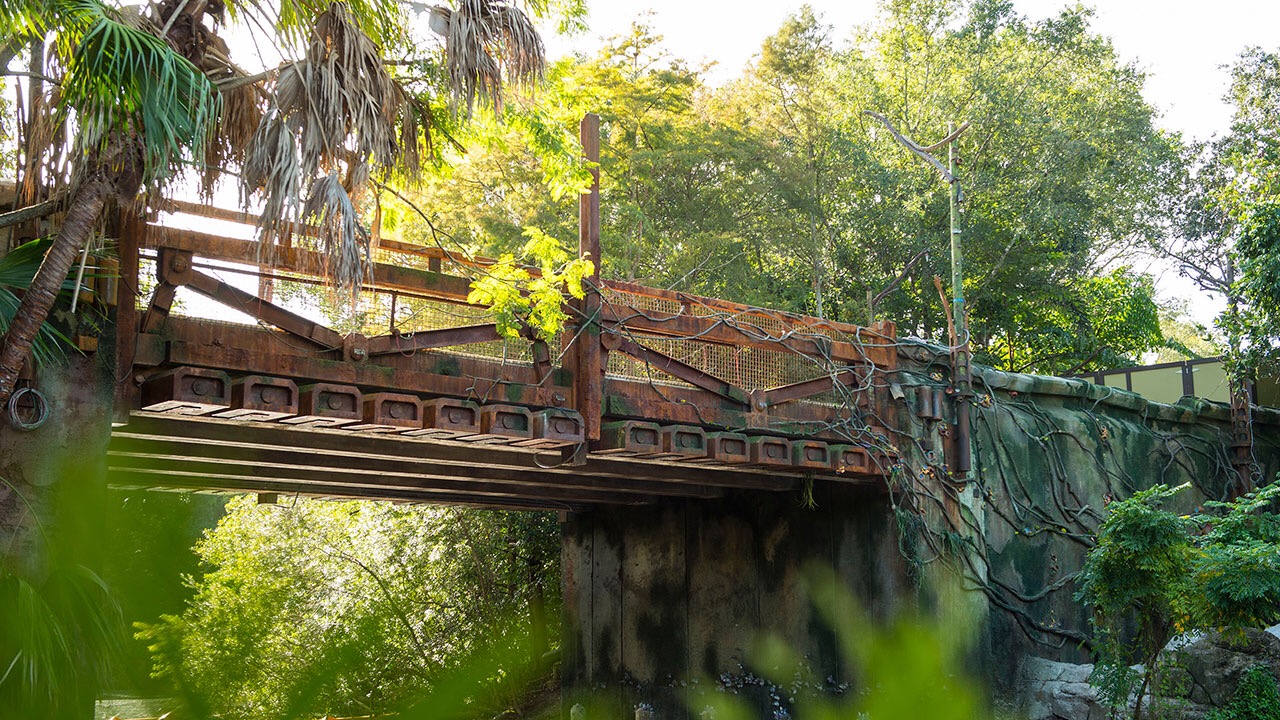 It’s been the butt of jokes at other parks for over four years. Finally, it looks like that joke will end as Disney Parks and Resorts Chairman  Bob Chapek announced that Pandora-The World of Avatar will open in summer 2017. No specific dates were given, but guests will be able to soar with a banshee, eat at unique themed restaurants and sail through bio-luminescent forests in summer of 2017. The scaffolding around the main bridge has come down, and the story is starting to take shape. Disney is going to be pushing the boundaries of interactive storytelling as they begin the second you cross the bridge. The story that Lightstorm and Disney laid out will have you going into a base camp for Alpha Centauri Expeditions. The bridge was built when a mining company had invaded the planet before. Since the company is gone, nature is taking it back. It marks the first step of the story and the blend between nature and mankind.

New pieces of concept art were released, giving a good look at the World of Avatar. First up is the main restaurant of Pandora, Satu’li Canteen. It will feature Na’vi art and cultural items and will be the place to grab unique menu items from Pandora.

Next is Windtraders, a specialty shop that deals in Na’vi artifacts, toys, science kits and a lot more. 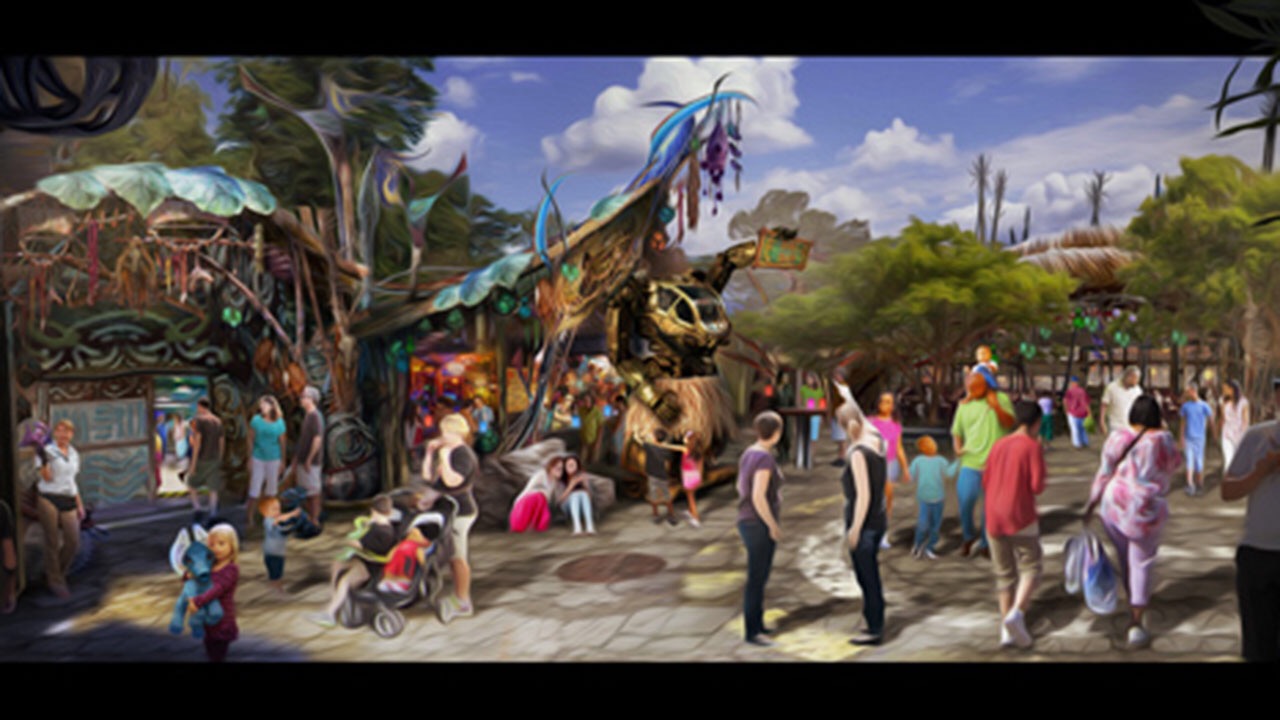 Finally is Pongu Pongu. Guests will be able to get specially crafted drinks in a highly unique setting.
Joe Rhode and James Cameron were even spotted at Animal Kingdom leaving Tiffins. 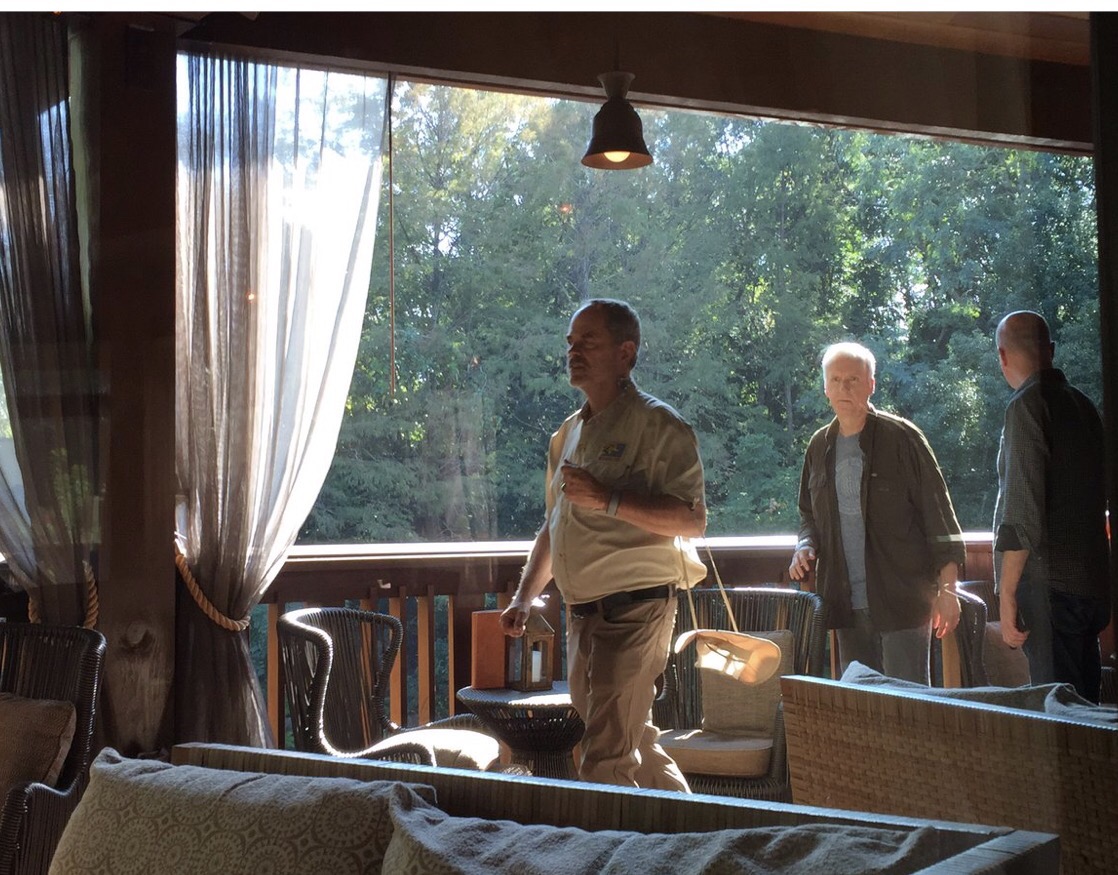 We can only imagine what these two spoke about during lunch. Thanks to a “theme park enthusiast” for the heads up. We still say it would have been alright to jump in the group and blend in! The excitement is real!
Update
Sunday morning, James Cameron addressed the Destination D23 attendees. While there wasn’t much new news, and the presentation was a tad silly, guests got a huge surprise at the end of the presentation.

That is the Na’vi Shaman that will be greeting guests on the Na’vi River Journey attraction. That is not CGI…that is an actual animatronic. It’s incredibly lifelike, and pretty amazing. If that’s the level of detail that we can expect in the new lands, then we are truly in for some amazing experiences.

All of this is coming to Pandora-The World of Avatar in  summer of 2017 (not 2085)! The new land will be the biggest expansion in Animal Kingdom history, and certainly one of the most anticipated.