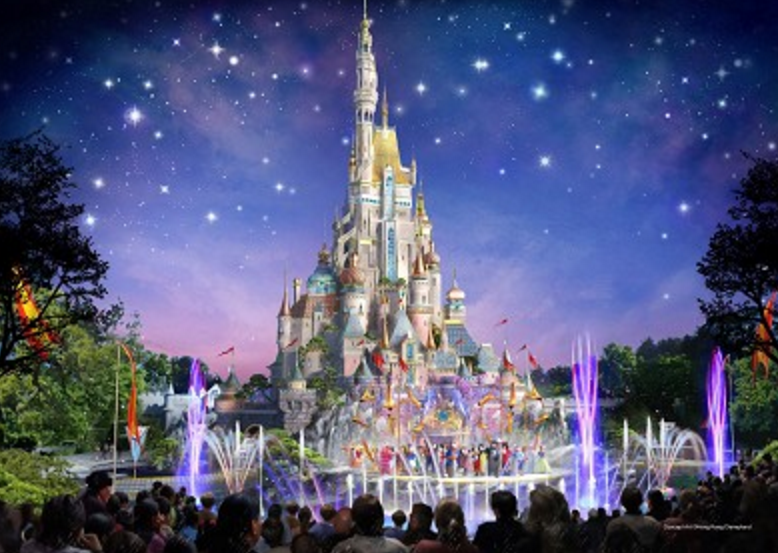 Huge news coming from Hong Kong Disneyland, as the park has announced that they will be undergoing a massive expansion that will see the addition of new lands, rides, castle shows…and possibly a new castle. The new park will start to reveal new attractions in 2018, and will see new attractions almost every year until 2023! That’s some massive new real estate opening! The biggest of which will be two new lands themed to Frozen and Marvel.

Some of the bigger news is that Hong Kong will get new castle and shows for both the daytime, and nighttime. The new shows will include massive stage shows, and projection shows. To do that, many are speculating that the park is building a new castle. While that doesn’t sound like a smart investment, because there’s almost zero return on the money, concept art clearly shows a bigger castle. If you look closer, the existing castle looks like it’s still present. It looks like an add on, and not a complete tear down of the new castle. That sounds like it would be a little more cost efficient than completely tearing everything down and getting a new castle. Just add on!

A new Frozen themed land will also take over at Hong Kong Disneyland, with two new attractions. We can only guess that the first will be the massive hit, Frozen Ever After that has first appeared at Epcot.

The ride will be joined by a new attraction, Oakens Dancing Sleighs. It looks like a Frozen version of Luigi’s Dancing Cars at Disneyland. There will probably also be a massive new indoor theater for a Frozen sing along, and many shops. We can probably expect to see that hit the parks first. 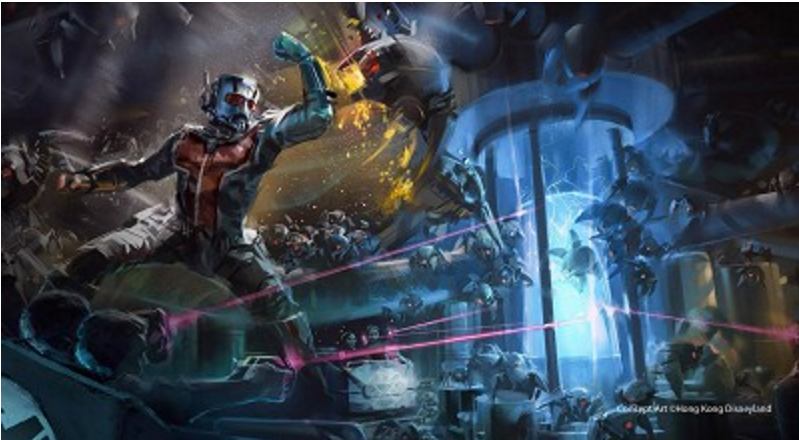 HUGE news is that Marvel is also coming to Hong Kong with a new land. There will be new attractions, meet and greets and much more. The biggest news is that right alongside the Iron Man Experience, will be a revamped version of Buzz Lightyear’s Astro Blasters. The new attraction will have guests fighting along side the Avengers, and looks to include updated visuals and blasters.

An “Adventureland Show Place,” which invites guests to “Moana’s Village Festival” through a series of daytime entertainment offerings anchored around a lively stage show in a new interactive entertainment environment. In addition to experiencing live shows and immersive Disney storytelling, guests can meet Moana, heroine of the new Disney animated film that will be released globally starting November 2016. On top of that, in 2017 guests will get to officially check out the Iron Man Experience as it opens in January. There will also be the huge new Explorer’s Lodge, which will open later in 2017.